Tom Daley knew opportunities were running out and so what a moment for him to win his first Olympic medal alongside Matty Lee in the men’s synchronised 10m platform.

The 27-year-old took bronze in both 2012 and 2016 and may well have thought that was his ceiling as an Olympian.

But both Daly and Lee refused to bow down to the Chinese favourites as they went toe-to-toe, forcing mistakes and eventually coming out on top. 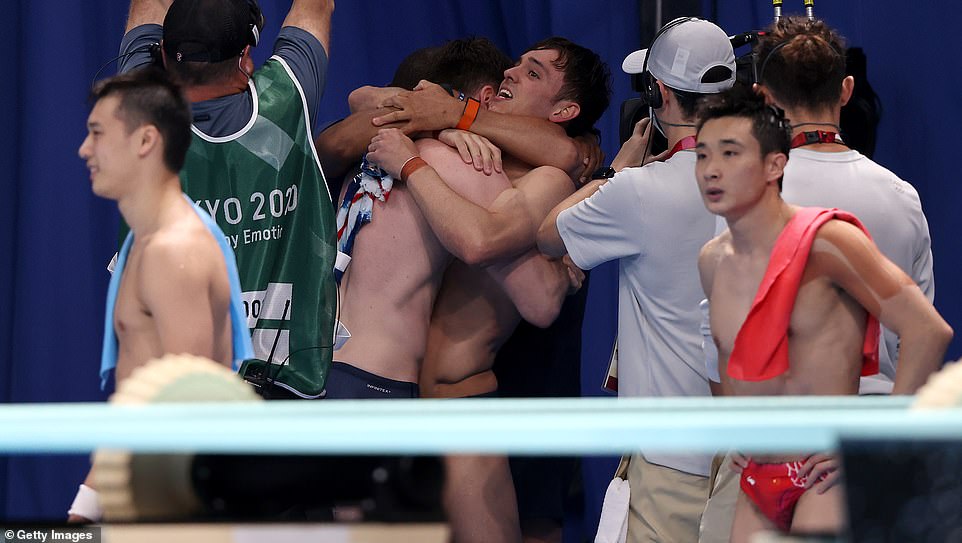 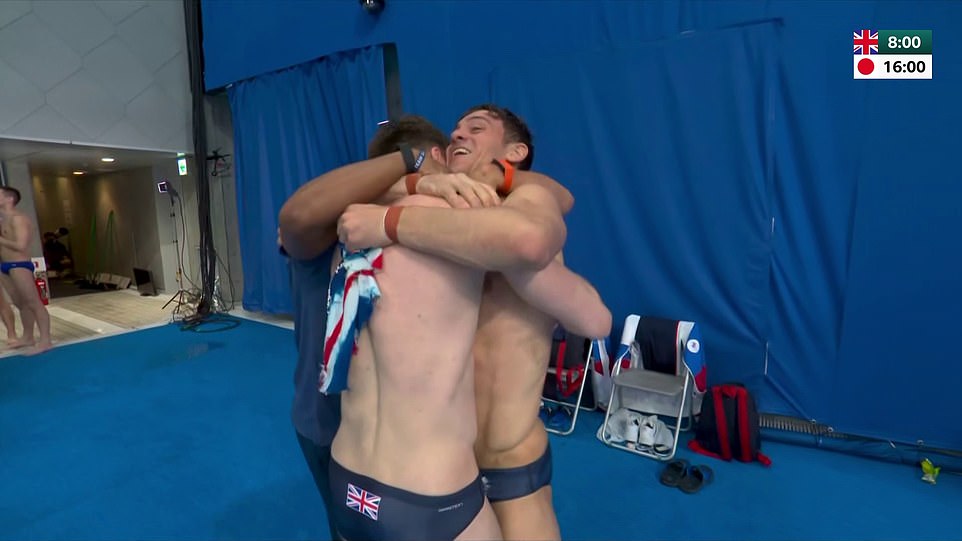 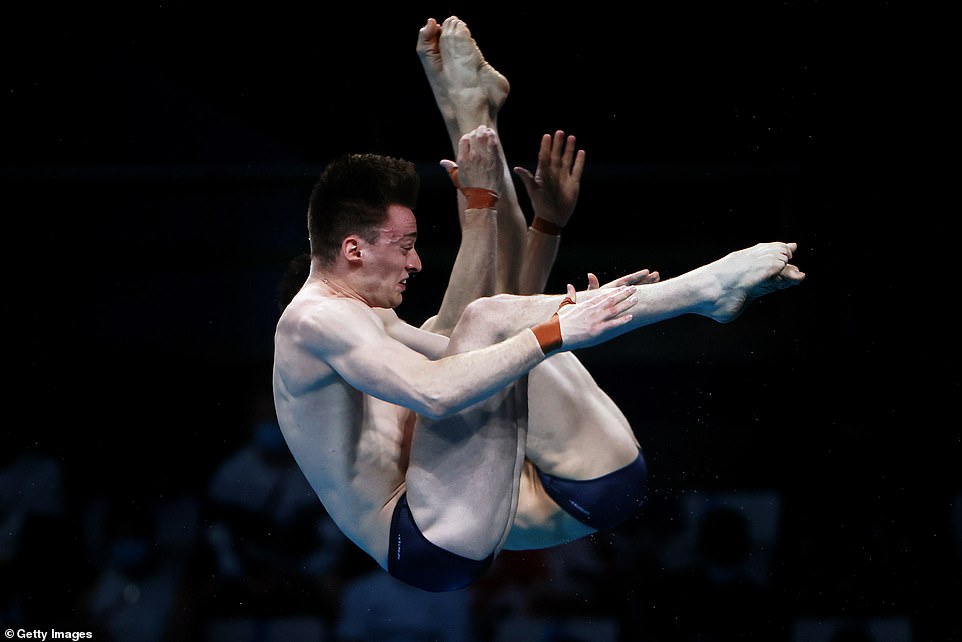 Lee, making his Olympic debut in Tokyo, showed no fear as they fought back in the final few rounds to defeat China

The British duo were  trailing behind China in the first three of the six rounds but finished strongest and were deserved winners.

Daley and Lee, who was making his Olympic debut, were made to face an agonising wait to secure gold as Chinese rivals, Chen Aisen and Cao Yuan, put in a brilliant final dive but they needed 9.6 to win it and failed to do so.

Daley was overcome with emotion at the end as Team GB broke down into tears as the celebrated following the most extreme pressure in the closing dives. 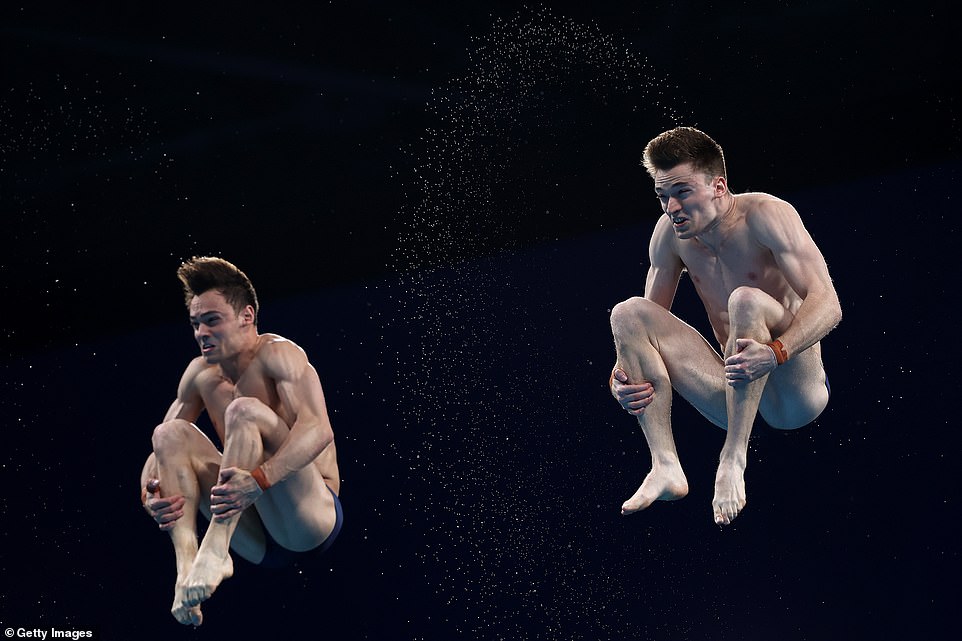 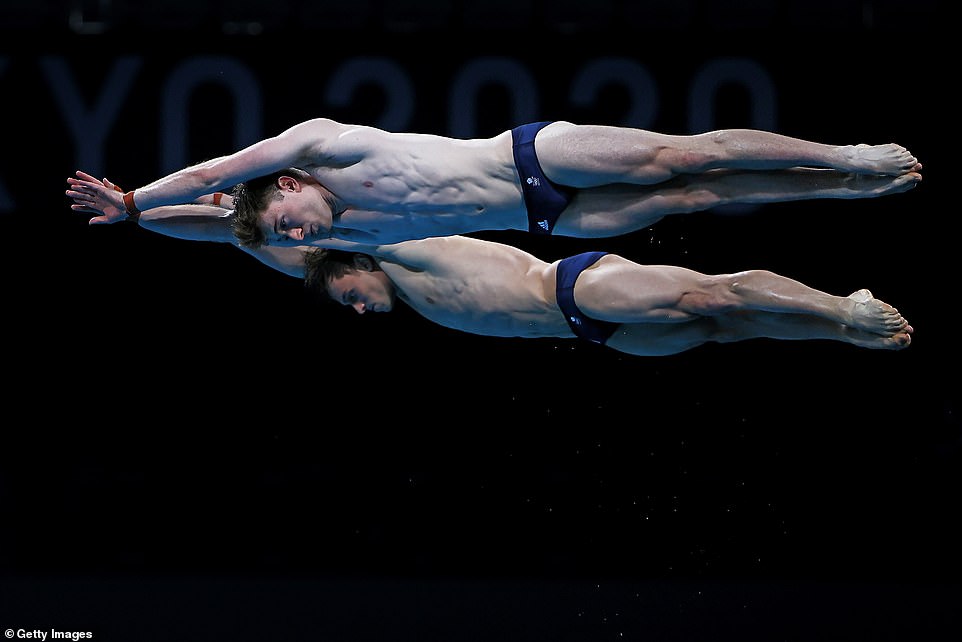 Team GB’s high score of 471.81 was untouchable even with a thrilling finish by China as they watched on having dived first

He has become the first British diver in history to win three Olympic medals.

Daley made his Olympic debut in Beijing 13 years ago in 2008 and has finally landed the top prize in diving.

He arrived as a teenage sensation and now finally, as a dad, gets his hands on a gold medal.

China had it all to do with their final dive and almost pulled it off as they reached a superb 470.58, but it was not enough after Team GB’s wonderful 471.81.