A nightclub tycoon has been arrested for the suspected murder of his wife in a failed suicide bid.

Tom Foster has been charged with the murder of his wife of 35 years Donie Vanitzian, 67, at their home in Los Angeles.

The 75-year-old reportedly left a suicide note and was found lying semi-conscious beside his wife, a highly-respected Los Angeles Times columnist who was found dead with a gunshot wound to the head on December 28.

A former PE teacher, Foster went on to run The Twisted Wheel and Pagoda clubs in Carlisle, Cumbria and was hailed the ‘nightclub king’ in the 1970s and 80s before he moved to America with his wife.

Tom Foster, 75, has been charged by detectives in America, after Donie Vanitzian, 67, was found with a gunshot wound to her head. They are pictured here in 1981 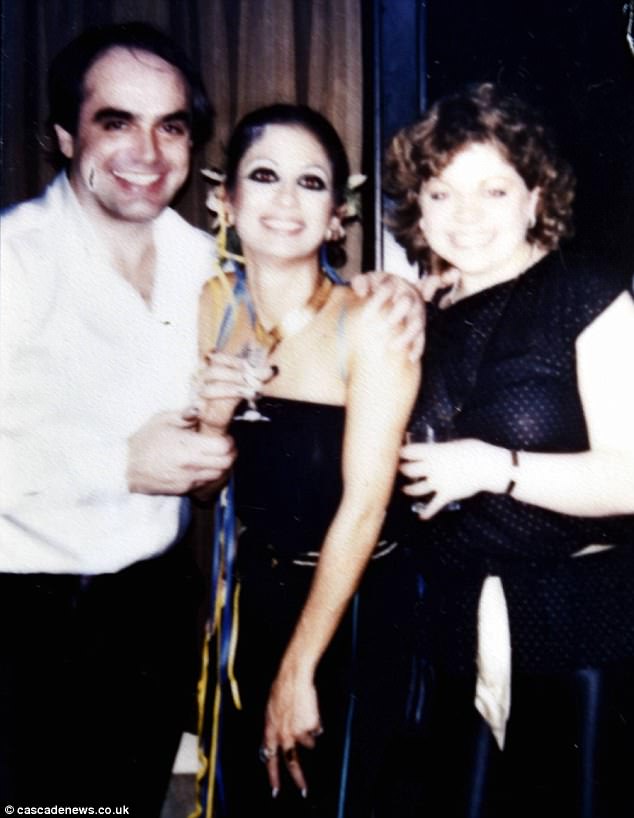 Foster is pictured here with his wife Donna (Donie) Vie Vanizian, centre, and friend Adele Forster on New Year’s Eve in 1983 in Carlisle

Police were conducting a welfare check at a house in Mar Vista, Los Angeles, when they discovered the couple three days after Christmas.

Los Angeles Deputy District Attorney David Berger said Foster faces one count of murder with handgun use allegations. He has pleaded not guilty.

His bail is now set at some $3 million and he faces a maximum of 50 years in prison if found guilty of Mrs Vanitzian’s murder.

Before becoming a club owner, Foster worked as a PE teacher at various schools in Carlisle.

He also played saxophone for a successful band called the Cavedwellers.

She said: ‘Tom was gorgeous. He had big brown cow eyes and all the girls loved him.

‘Everyone wanted to marry Tom. He was dead funny and dead clever, but could be really cutting at times.’ 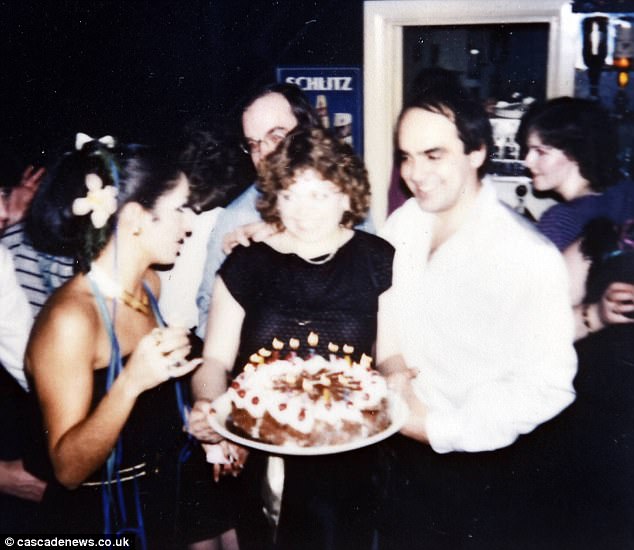 Police were conducting a welfare check at a house in Mar Vista, Los Angeles, when they discovered the couple three days after Christmas. They are pictured here with Ms Forster (centre) in 1983

Ms Forster added: ‘For his 21st birthday, his parents bought him the lease on The Twisted Wheel.’

She said he was a devout Catholic, adding: ‘In the days when you’d put 10p in the collection, he’d put £10 every week without fail,’ said Adele.

‘We were all broken hearted when Tom announced he was leaving. He called a group of his close friends together, and announced he’d got married and was moving to America.

‘It was like he died when he left Carlisle. The club scene changed overnight: nobody could do it like Tom.’

Mrs Vanitzian was a longstanding contributor to the Los Angeles Times, writing a weekly column on homeowners associations for the Sunday Business section.