Tom Hanks has been married to Rita Wilson for 30 years. And the lovebirds are having fun celebrating their anniversary.

There was a now-and-then photo collage that the Sleepless In Seattle seemed to make himself.

Still going strong: Tom Hanks has been married to Rita Wilson for 30 years. And the lovebirds are having fun celebrating their anniversary. On Monday Hanks shared this image

In the photo on the left they are at their 1988 wedding – she has on a white gown and veil with her hair up and his dashing in a tuxedo.

And on the right the two are seen this year; she is gorgeous in a low-cut grey-and-white dress and he has on a grey three-piece suit with no tie.

On Valentine’s Day the pretty 61-year-old star shared a touching photo with her Oscar-winning spouse. Her caption read, ‘To my one and only.’ 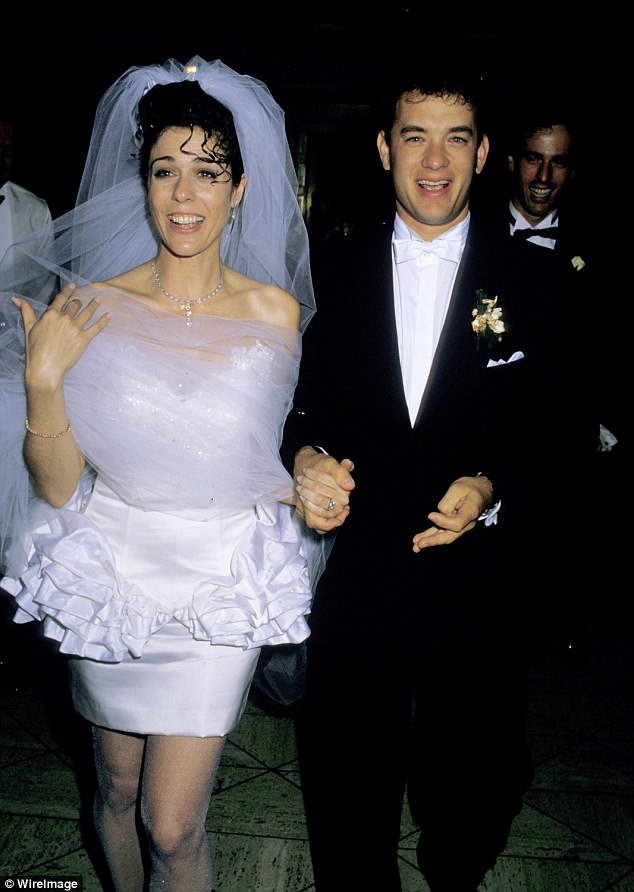 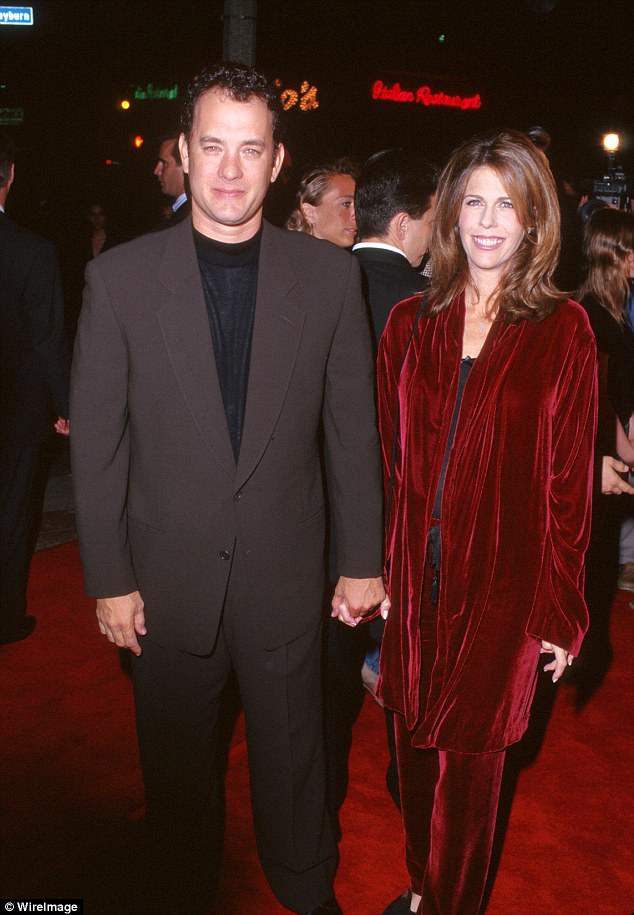 He has always wanted to be by her side: The two hand in hand in 1995 during the premiere of Now & Then

Wilson wore a grey tank top with a blue bandanna as he had on a black polo shirt with a beaded necklace.

Both looked tanned and happy as if they were on their honeymoon.

They appeared to be in a tropical location like Hawaii.

This comes after the popular 2 Dope Queens podcast re-posted a 2017 interview with Hanks, 61, in which he revealed that he is still attracted to his wife and thinks she’s ‘smokin hot.’ 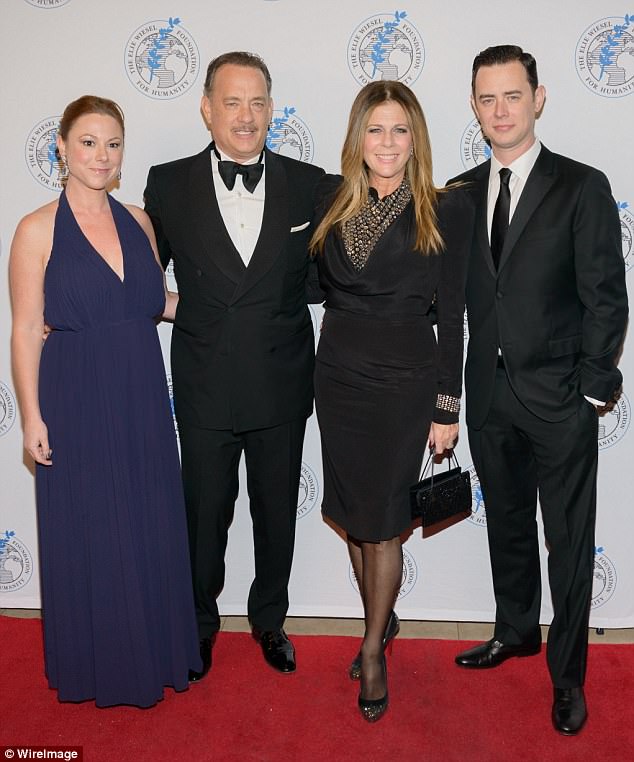 Hanks addressed the hosts’ compliments to his wife and said, ‘By the way, she is.’

The Forrest Gump actor continued: ‘I gotta say, sometimes I look at that lady in the morning looking all tousled and warm from bed in her sweats and her hair all piled up on her head… [sucks on teeth] smokin’ hot.’ 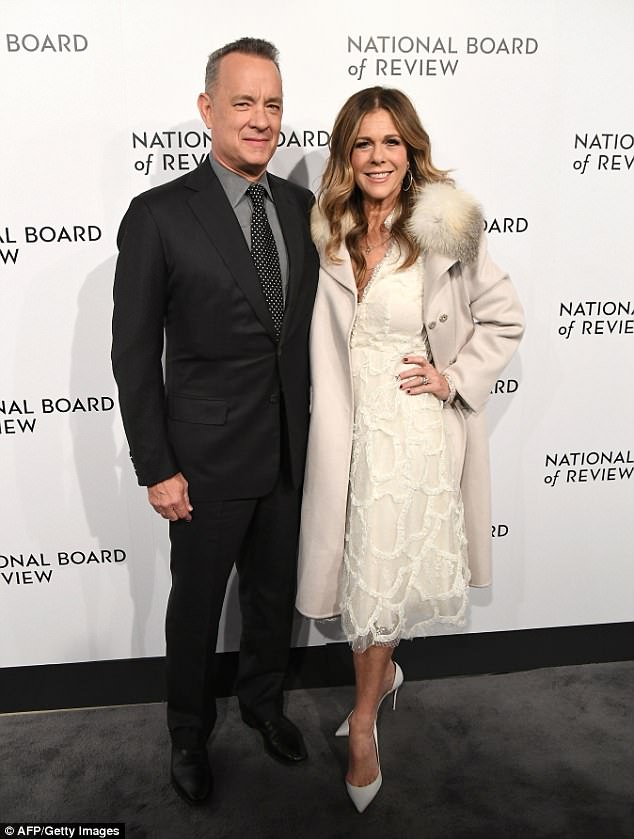 They still look fantastic: The couple arm-in-arm in NYC in January

‘Aww, oh my god Tom, that is the sweetest thing,’ Robinson replied.

He also revealed that his attraction to Wilson was immediate when they first met: ‘Right from the get-go I thought that there was something crazy-great about her.’

With so many favorite Hollywood couples calling it quits nowadays, Hanks and Wilson continue to be the exception.

The couple first met in 1981 on the set of Bosom Buddies, and tied the knot in 1988. They have since shut down every divorce rumor that has come their way.

In an interview with Extra, the producer of My Big Fat Greek Wedding said, ‘At a certain point you have to call them out on their lies. Our marriage is really sacred to us.’ 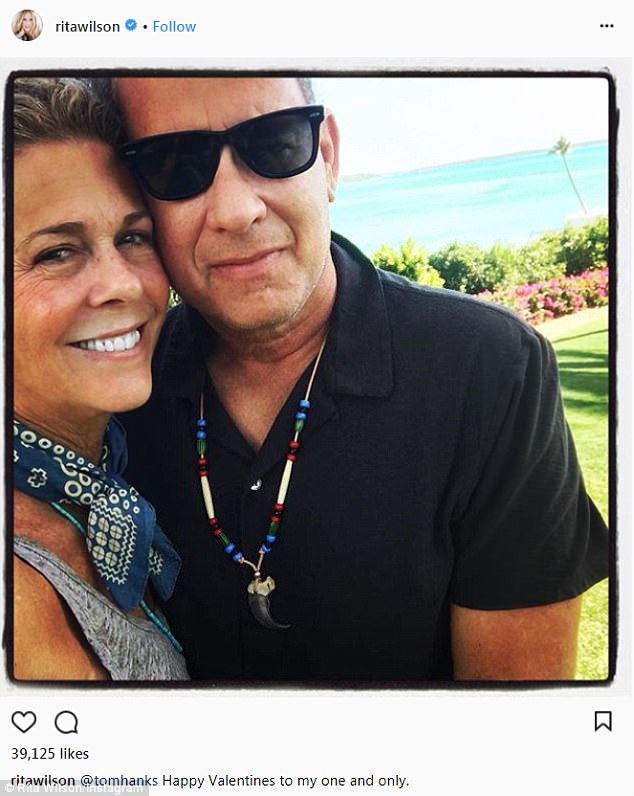 Happy: On Valentine’s Day the  Sleepless In Seattle star shared a touching photo with her spouse with the caption, ‘To my one and only’