Tom Kerridge mortified by how he looked before weight loss

He rose to fame with his hearty pub cooking, but chips are off the menu these days for Tom Kerridge.

The Michelin-starred chef, 44, has admitted that he is ‘mortified’ by the way he looked before his dramatic weight loss.

He said he decided he needed to go on a diet when he turned 40, fearing that he would die young if he didn’t make a drastic change.

Tom managed to shed a remarkable 12 stone over a three-year period, going from 30 stone to 18 stone.

Describing his feelings on how he looked before his transformation, the chef told The Sunday Times Magazine: ‘Mortified … I mean, it doesn’t even look like me. I was absolutely huge.’

He explained how he decided that he needed to change his diet during a moment of reflection around his 40th birthday.

Tom managed to shed the pounds by cutting carbs and alcohol out of his diet, and eating fewer calories. 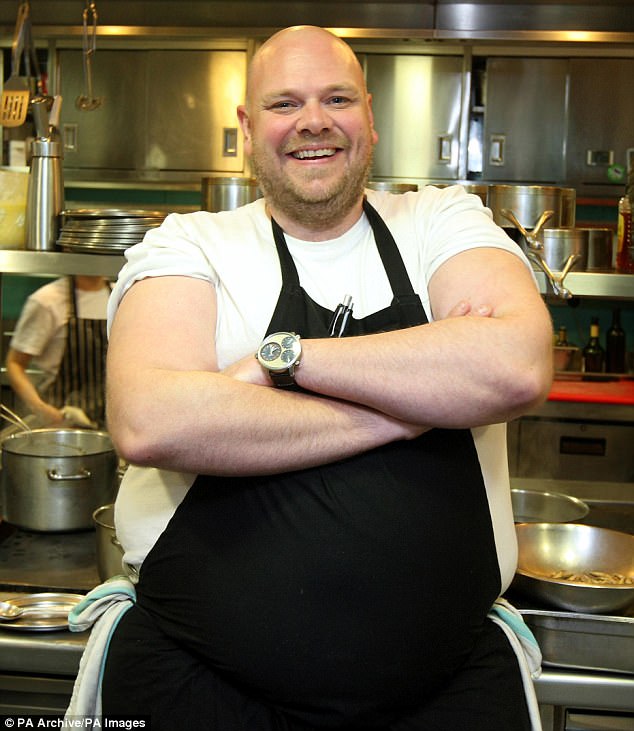 The chef, pictured here in 2011 at his Hand and Flowers pub, previously weighed 30 stone 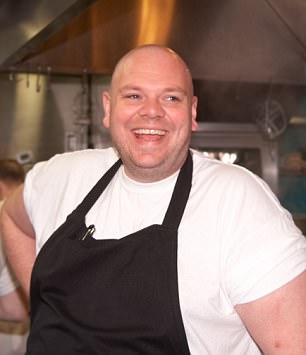 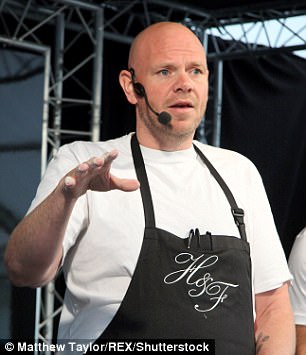 Tom (pictured left before his weight loss, and right, in 2014) shed a remarkable 12 stone over three years after embarking on a diet at the start of 2013

But he explained how he is determined to make low-calorie meals more ‘exciting’, after being shocked by the lack of options out there.

‘It was mind-numbingly dull,’ he said. ‘It’s no wonder people yo-yo from diets. It’s no surprise that the first three letters of diet are D, I and E.’

Earlier this year, the chef released a book entitled Tom Kerridge’s Dopamine Diet: My Low-Carb, Stay-Happy Way To Lose Weight, which includes low-calorie recipes he enjoyed eating while on his journey to losing weight 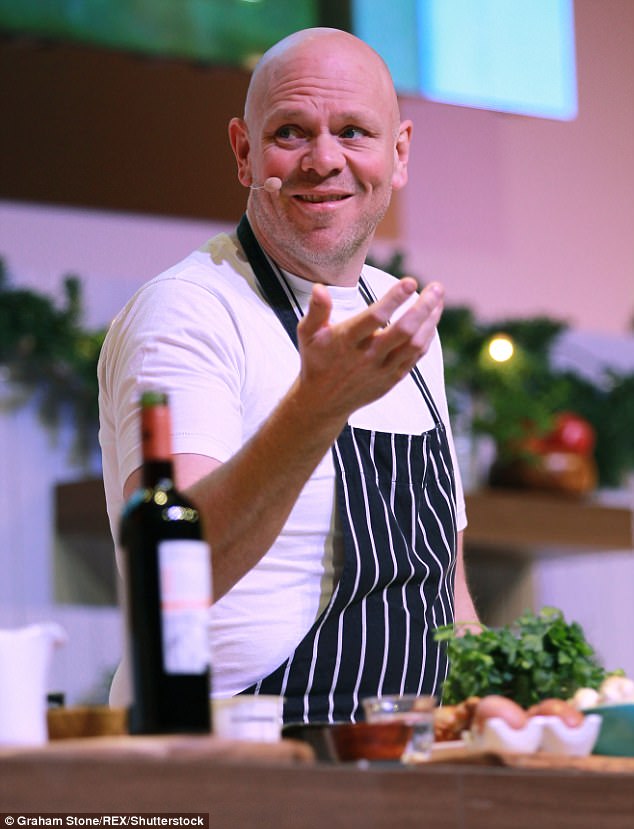 The chef m managed to shed the pounds by cutting carbs and alcohol out of his diet, and eating fewer calories

He suggests eating foods that help stimulate the production of dopamine, known as the happiness hormone.

These include dairy products, eggs, fish, fruit, grass-fed beef and lamb, along with nuts, vegetables and spices.

As well as his book, Tom also opened his third pub, the Butchers’ Tap in Marlow, Buckinghamshire, in November.