TOM LEONARD: Could Donald Trump’s coronavirus tantrums cost him a second term in the White House?

To those in Britain and across the world who hope and pray that their political leaders are up to the challenges posed by coronavirus, well, just be thankful you don’t live in the US.

Yesterday, Donald Trump compared the governors of states who might seek to defy him over his desire to end the lockdown as soon as possible to the mutineers on HMS Bounty.

He seemed oblivious to the fact that Captain William Bligh’s fatal mistake was to ignore what was happening around him on his rebellious ship.

The US is a Covid-19 epicentre where at least 23,000 people have died and 580,000 are confirmed to be infected, but the President seems unperturbed by the unfolding crisis and the desperate attempts to contain it.

President Donald Trump speaks during a meeting with recovered coronavirus (COVID-19) patients in the Cabinet Room at the White House yesterday in Washington, DC. During the April 13 Coronavirus Task Force briefing, Trump said the president had ‘total authority’ to reopen the US economy

Before coronavirus hit, he was on course to win a second term in the White House on the back of a booming economy.

Now that electoral strategy is in tatters and all that matters is exploiting the pandemic to get him back into office. And that means showing he is right and everyone else is wrong — whatever the evidence to the contrary.

How else to explain his extraordinary behaviour of the past 48 hours?

First Trump backed a call for his top medical adviser to be sacked for daring to criticise the administration’s response.

That was followed by a self-serving press conference — extraordinary even by his standards — at which dealing with questions about soaring death rates and rocketing unemployment were of scant interest to him but flouting the Constitution was.

After weeks in which he insisted that it was up to individual states rather than the federal government to handle coronavirus, Mr Trump made it clear he was taking the reins now and exerting what he called his ‘total authority’ over when and how to return the US to business.

At the very least, this is a legalistically dodgy claim to absolute power that could cause a constitutional crisis under America’s historic separation of power between federal government and states.

His behaviour is becoming so desperate and craven that even his old supporters in the media, Fox News and the Wall Street Journal, are questioning his grip on things. 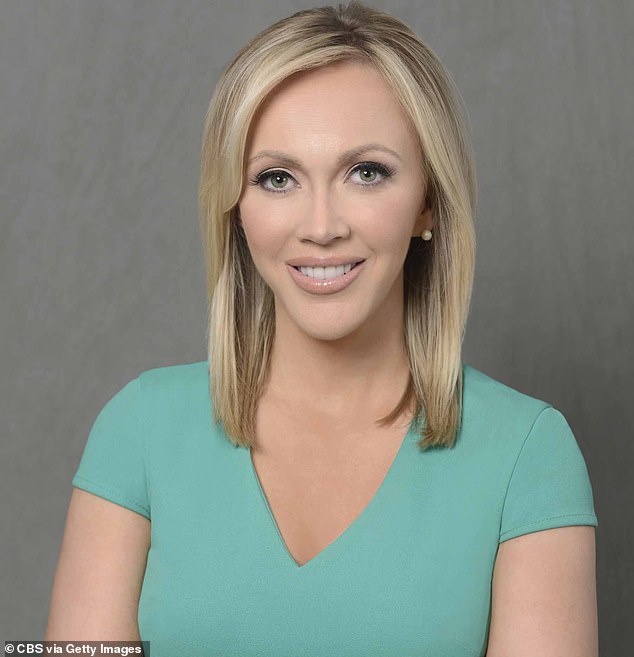 Now, pundits are asking how long before his core voters do the same?

Even the staunchest Trump supporter would have flinched at the jaw-droppingly awful performance at the White House coronavirus Press briefing on Monday evening.

In recent days critics have been increasingly vocal about how the President was fatally slow to react to coronavirus, dismissing the ‘Chinese virus’ initially even as officials raised the alarm, and wasting precious time in January and February.

Always thin-skinned, he worked himself into a tantrum the like of which hasn’t been seen even in his three stormy years in office.

The lights were dimmed so everyone could better see screens behind the lectern. A short video followed — sheer Trump propaganda more like an election campaign broadcast — that was entirely composed of clips of carefully selected individuals, including Democratic and Republican state governors and doctors, praising his actions to date.

What was even more extraordinary than the content was Mr Trump’s reaction as it played, repeatedly pointing at the screen as he turned, smiling smugly, to nod meaningfully at his audience — like a school teacher making his point to a particularly stubborn class.

Even if it had been accurate — the video carefully omitted various Trump bloopers such as his assurance on February 28 that the coronavirus will go away on its own ‘like a miracle’ — what on earth did any of this have to do with the urgent issues facing the US?

Mr Trump was simply interested in point scoring, allowing the Press conference to stretch for nearly two and a half hours.

Of course he ripped into reporters who continued to ‘defy’ him by asking difficult questions and reiterating what has been obvious to all: that he minimised the threat from the virus in his anxiety to protect the US economy (or ‘the greatest economy in the history of the world’, as he calls it) and so his election prospects. 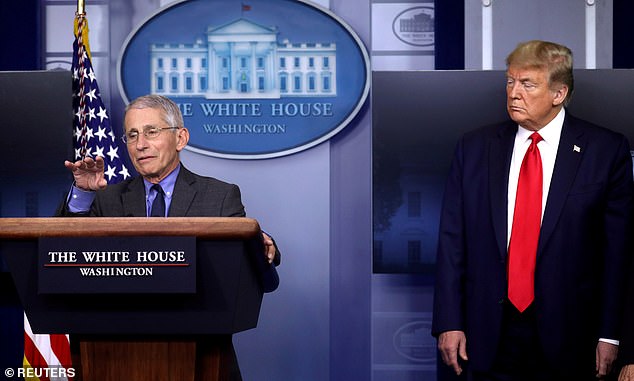 One particularly persistent CBS correspondent, Paula Reid, challenged him on his claim that he saved lives by restricting travel from China from February 2.

But, she pointed out, it took another month and a half for the president to recommend social distancing.

He’d wasted precious time which the US could have used to better prepare hospitals and ramp up testing.

Crisis ‘How is this … rant supposed to make people feel confident in an unprecedented crisis?’ she asked, surely echoing the thoughts of millions of other Americans.

Failing to deliver an explanation, he resorted to insults as is his tactic.

‘You’re a fake. Your whole network is a fake,’ he ranted.

Earlier, Mr Trump called his top medical adviser, Dr Anthony Fauci, to publicly repudiate a recent claim that more could have been done to save American lives.

The measured and informed Dr Fauci — the exact opposite of the blustering, loose cannon president and, as such, something of a hero for many Americans — insisted he wasn’t being forced to speak with a proverbial gun at his head.

When Mr Trump was asked why he had earlier retweeted a post containing the hashtag ‘#FireFauci’, he brushed this impertinence aside, saying: ‘ I retweeted somebody. Doesn’t matter.’

Nothing seems to matter, it appears, except that Mr Trump comes out of America’s worst crisis since September 11 looking good — and yet this crisis is bringing out the very worst in him.

The US President’s foibles — his hyper-sensitivity to criticism, his mendacity and his monstrous ego — have been almost comical in the past. 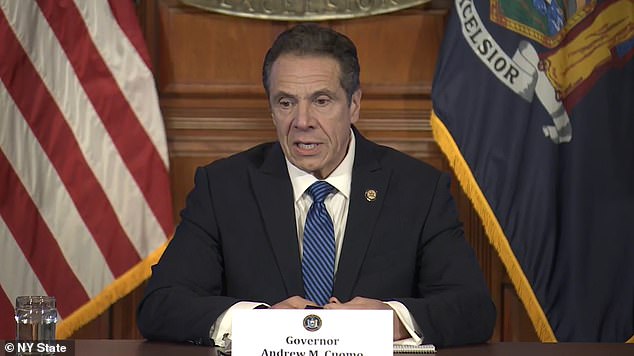 Americans long ago portentously anointed their president the ‘leader of the Free World’ but now, many would say, they’d like those words to actually mean something.

A Chinese naval flotilla sailed into the Pacific at the weekend, exploiting the fact that four US Navy aircraft carriers have been hit by the coronavirus.

Pundits would say it’s a literal illustration of how China is filling the vacuum left by Trump pulling the US back from the world stage.

While Trump insisted on Monday that his ‘authority is total’ to order states and cities to end lockdown and get back to business as usual, the New York state governor Andrew Cuomo, whose conduct throughout the city’s crisis has won him plaudits far and wide, acidly pointed out: ‘We don’t have a king. We have an elected President.’

Getting elected a second time might prove more of a challenge than the self-assured Trump might ever have anticipated.