The couple exchanged vows at St. Stephen’s Cathedral in Hvar, Croatia on Thursday.

After saying ‘I do’, the newlyweds hosted a reception for friends and family at the 16th century Hvar Fortress, according to 9Honey.

Meanwhile, Tom opted for a classic dark suit, which he paired with a black tie and brown shoes.

Photos from the ceremony show the couple stepping out of the cathedral to a crowd of flower girls and cheering guests. 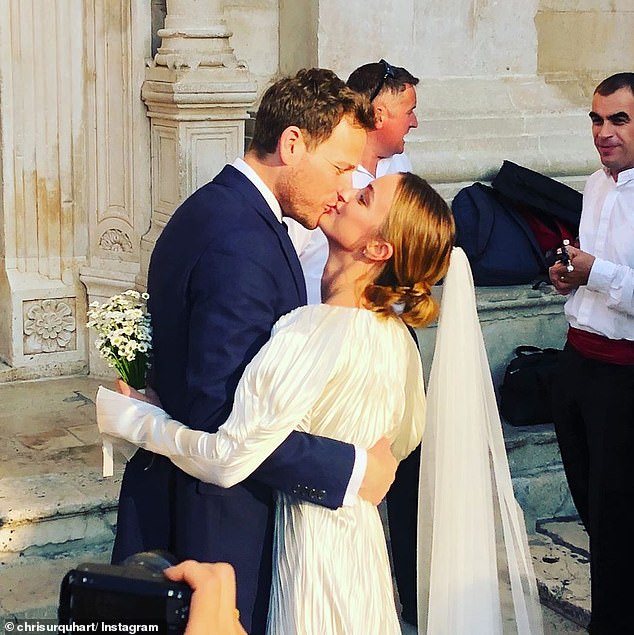 Sealed with a kiss! The newlyweds kissed on the ancient steps outside St. Stephen’s Cathedral after exchanging vows

In another image, they are showing kissing on the ancient steps of the cathedral.

A third photo shows the lovebirds dancing in the street as a traditional Croatian band plays music in the background.

The wedding destination was significant for Tom and Claudia, as they got engaged in Croatia in June last year. 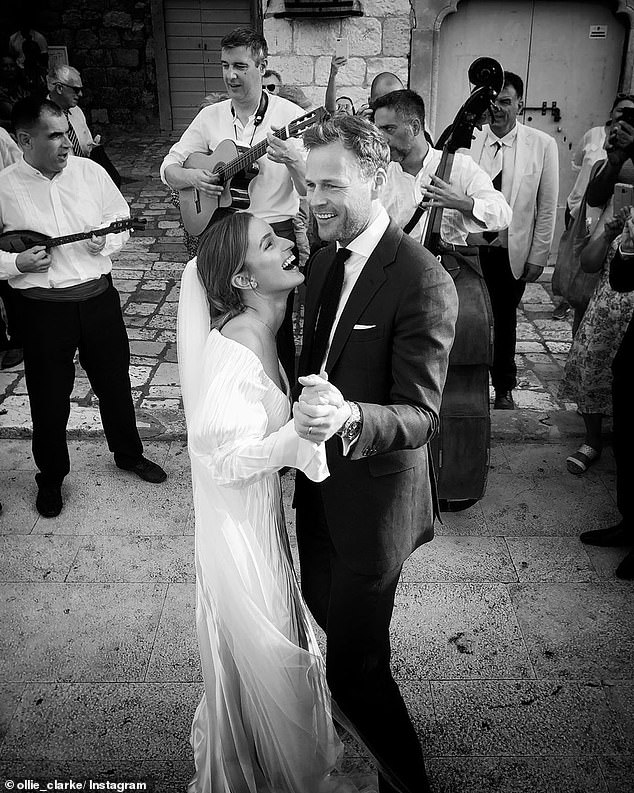 Time to celebrate! Tom and Claudia danced in the street as a traditional Croatian band played music in the background 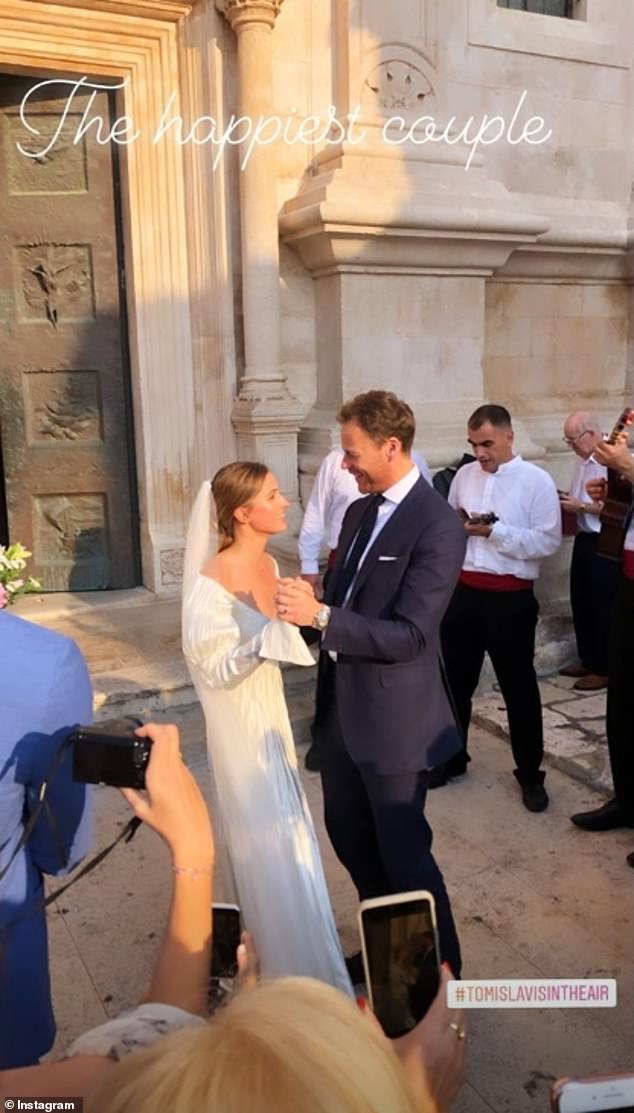 ‘The happiest couple’: Several guests shared footage of the wedding to Instagram using the hashtag, ‘#Tomislavisintheair’

Tom previously revealed that he popped the question on a boat they’d hired for the day, but his big moment was almost ruined when they sailed past a nudist beach.

Recalling the proposal, he told 9Honey in April that he discreetly showed the boat’s captain the engagement ring so he would give the couple some privacy.

Tom then asked his girlfriend, ‘Will you marry me?’ and she immediately burst into tears of joy before replying, ‘Yes.’

At the time, Tom wrote on Instagram: ‘What a day! Thanks so much to our family and friends for all the love and excitement back home.

‘We’ re overwhelmed and over the moon! I’m a very lucky boy, can’t wait for you to be my wife, Claudia.’ 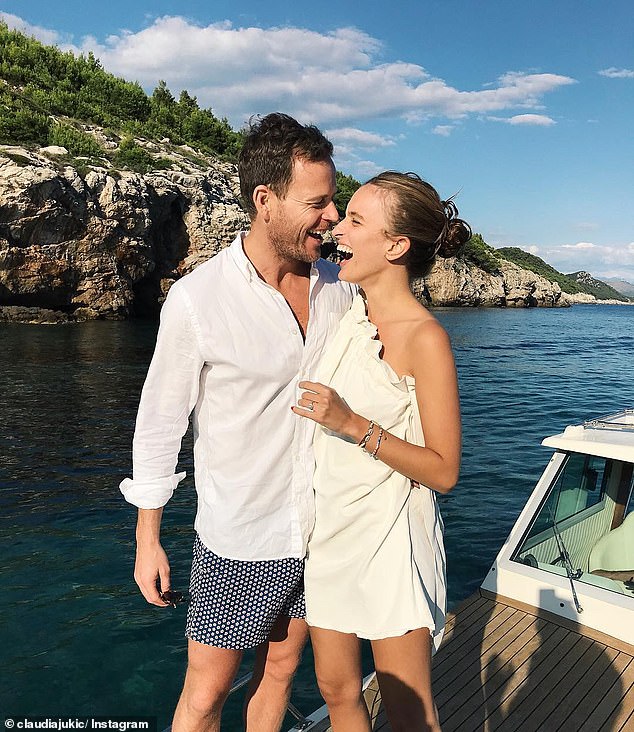 Congratulations! The wedding destination was significant for Tom and Claudia, as they got engaged in Croatia in June last year 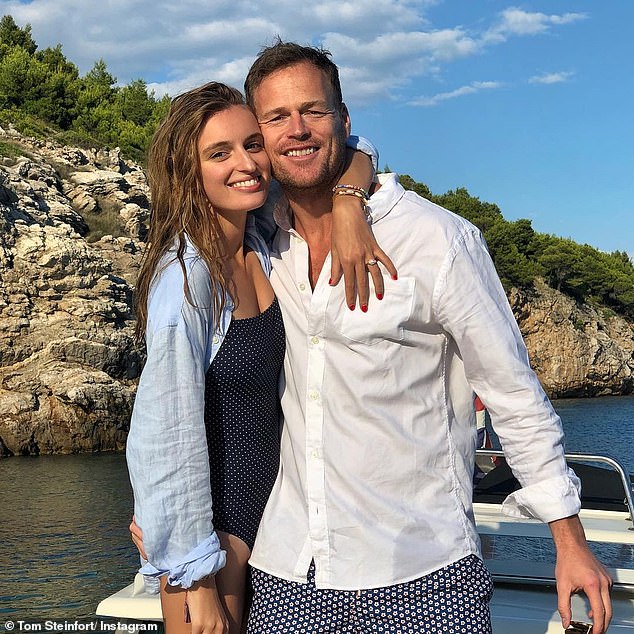 She said yes! Tom proposed to Claudia on a boat they’d hired for the day (pictured)

The couple are believed to have only met in 2017, when they were introduced through mutual friends.

Their first date was drinks at a pub in Sydney’s Surry Hills, but it didn’t get off the best start when Tom showed up late.

‘I was running late, again because of work, it always conspires against us,’ he said of their fateful meeting.

What was supposed to be one drink turned into several, followed by a dinner date in which they ‘got on like a house on fire.’ 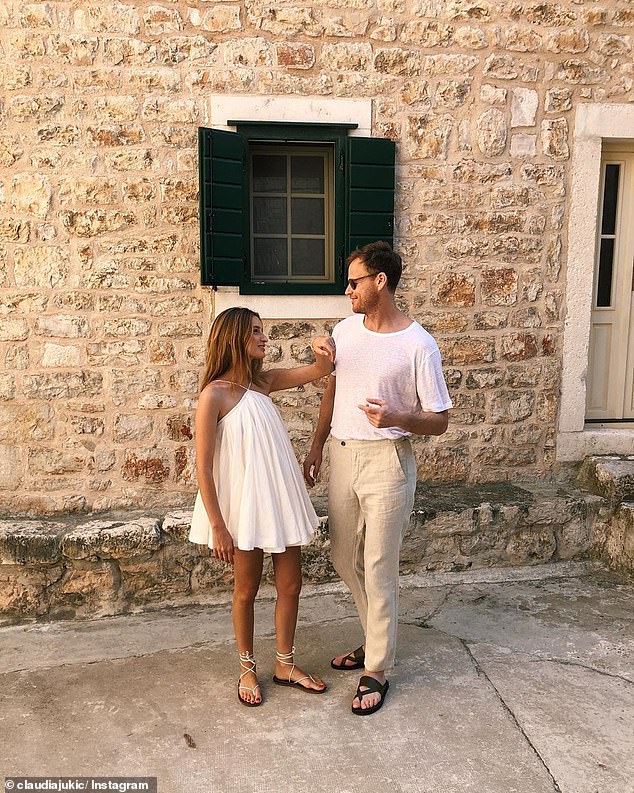 Meant to be: The couple are believed to have only met in 2017, when they were introduced through mutual friends. Pictured in Croatia before their wedding 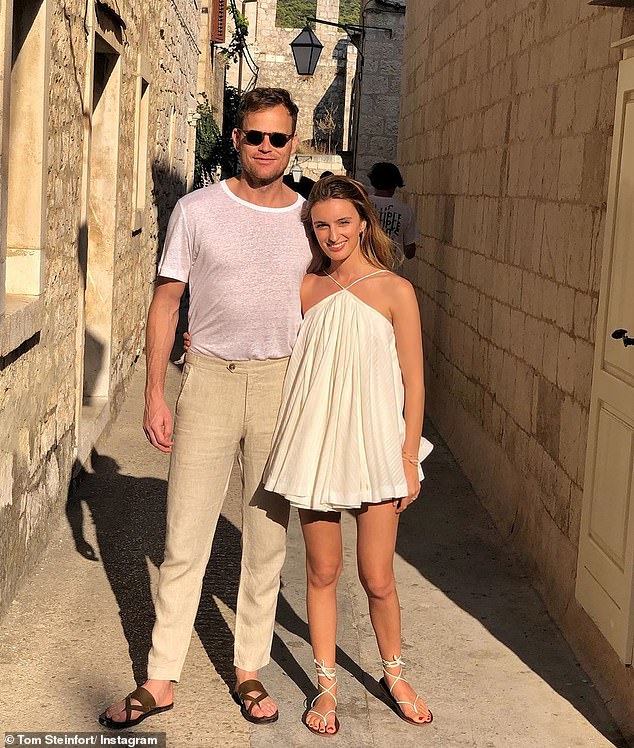 Sightseeing: In the lead-up to their wedding, Tom and Claudia explored the sights of Croatia

Tom has previously claimed that ‘Claudia was a hard nut to crack’ and their relationship took ‘a little while to progress.’

But after a few months, they both realised they had found the person ‘we wanted to spend our lives with.’

Tom’s colleagues on the Today show did not fly overseas for the wedding, with Deborah Knight and Georgie Gardner hosting the breakfast show on Friday morning.

Meanwhile, Ben Fordham has been filling in for Tom as newsreader in his absence.

Tom joined the Today show in January this year, replacing Sylvia Jeffreys as news anchor. He has since been promoted to the main desk with Deborah and Georgie. 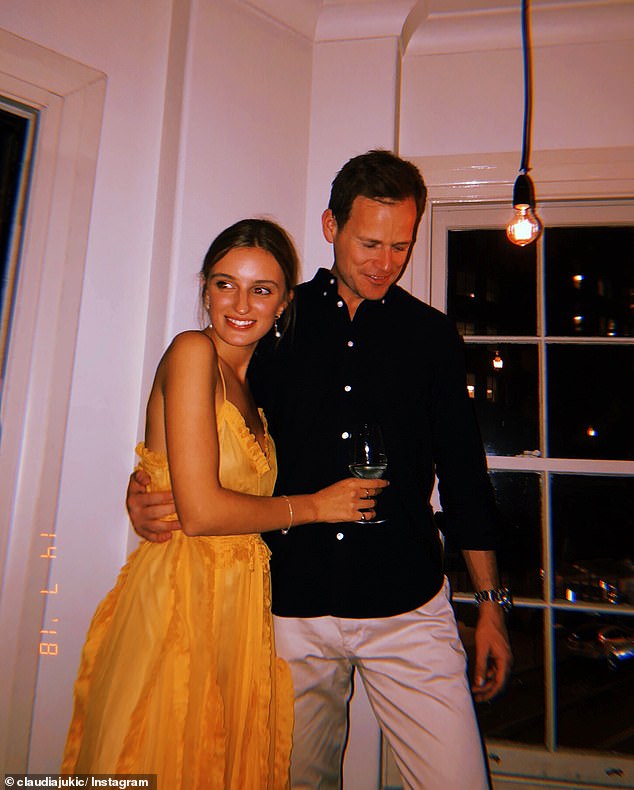 Humble beginnings: The couple’s first date was drinks at a pub in Sydney’s Surry Hills 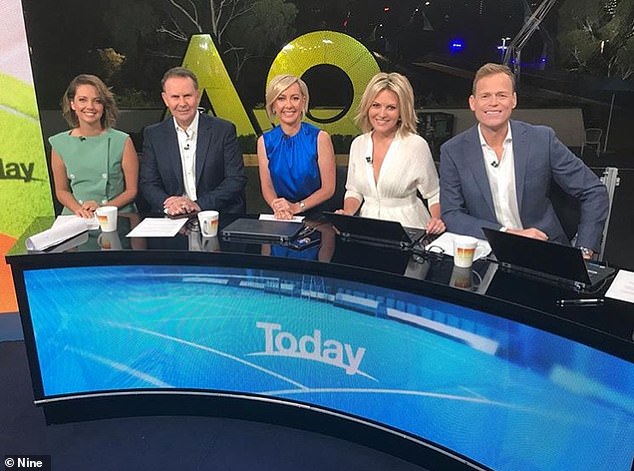