TOM UTLEY: I owe oil giants a huge debt for all the benefits they have given us

One of the many joys of my four-fifths retirement, now that I am no longer chained to my desk at the Mail until 10pm, is that I am able to attend the odd lavish freebie to which journalists are lucky enough to be invited from time to time.

So it was that on Tuesday this week, I found myself at a sumptuous gala dinner to mark the 40th anniversary of Forest, the Freedom Organisation for the Right to Enjoy Smoking Tobacco.

Don’t ask me for a full description of the evening, since the details are somewhat fuzzy in my mind.

But I do remember that the champagne and other delicious wines flowed ceaselessly, the smoked salmon and beef at Boisdale’s smoker-friendly restaurant in Canary Wharf were among the most exquisite I’ve tasted in my 65 years and the company was right up my street. I dread to think how much it cost (of which more later), but that wasn’t my problem.

Before I go any further, I must repeat that I wouldn’t urge anyone to take up smoking. Not only is it all-too obviously bad for us, and distressing to sensitive souls around us, but at more than £11 for a packet of 20 Marlboro Reds it is a cripplingly expensive addiction.

Actor Sir Mark Rylance flounced out of the Royal Shakespeare Company last week, saying he couldn’t remain associated with an organisation that accepted sponsorship from BP

I have to say, however, that I particularly enjoy the company of smokers. There’s an instant camaraderie among us, the fellow-feeling that springs from belonging to an increasingly oppressed minority, driven outside in all weathers by nanny-state legislators and disapproving hosts and hostesses to indulge our weakness on the naughty step.

On the whole, we also seemed to share a view of the world: an antipathy to being bossed around by we-know-best politicians, a love of individual freedom and a devil-may-care belief that the point of life is to live it, not merely to prolong it. To be fair, this attitude is shared by countless non-smokers — and particularly those who tolerate our disgusting habit — many of whom were present at the dinner.

It was striking that there were large numbers of Brexiteers among us — unusual in metropolitan gatherings of this kind. This confirmed my belief that we who want to break free from subjugation to Brussels tend to put a higher premium on personal liberty than those who are content to be ruled by think-alike bureaucrats whom they can’t hire or fire.

But back to the question of who picked up the bill for the gala dinner, which must have run into many thousands of pounds. To its credit, Forest makes no secret of the fact that most of its money comes from UK-based cigarette companies, the Big Tobacco reviled by the Left as peddlers of misery and disease, along with other pet hates such as Big Oil and Big Pharma.

Well, perhaps I’m morally defective, but I must say that it didn’t trouble my conscience for a moment to think that, directly or indirectly, I was accepting the hospitality of companies that make their living out of selling legal, though undeniably harmful, products to willing mugs like me. Though it would be tempting to blame my late, chain-smoking father for my own chain-smoking habit — and my persistent cough, which gets worse every week — in fact I blame nobody but myself.

Insofar as I reflected on it at all at the dinner, I just thought how refreshing it was, after I’d shovelled such a huge proportion of my pay packet into the tobacco industry’s coffers over the years, to find the largesse flowing the other way for a change.

What can be said with absolute certainty, however, is that you wouldn’t catch Sir Mark Rylance at a Forest dinner. He is the multi-award-winning actor (Wolf Hall, Bridge Of Spies, The Other Boleyn Girl, you name it . . .) who flounced out of the Royal Shakespeare Company last week, saying he couldn’t remain associated with an organisation that accepted sponsorship from BP.

The oil giant’s long-standing deal with the RSC, he said, allowed it to ‘obscure the destructive reality of its activities’. For good measure, he added that he wouldn’t wish to be linked with BP ‘any more than I would with an arms dealer, tobacco salesman or any company or individual who wilfully destroys the lives of others alive and unborn. Nor, I believe, would William Shakespeare’.

What is it with actors such as Sir Mark and the insufferably smug Dame Emma Thompson? Why, with only the rarest of exceptions (and I’ll come to one in a moment), do they seem to parrot precisely the same set of half-baked, politically correct opinions — whether about the environment, mass immigration, Donald Trump, transsexual rights, feminism, the EU or for that matter the tobacco industry? 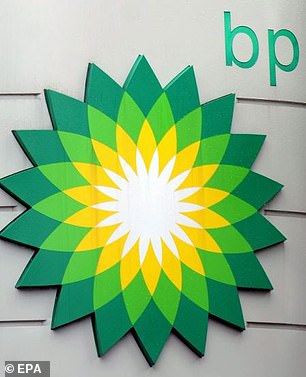 Do they teach them at drama school, along with the art of applying greasepaint and projecting their voices, that it’s compulsory for actors to be Left-wing?

A cynic might suggest thespians calculate they won’t get much work from Left-dominated Hollywood — let alone the BBC — if they go public with views that could be construed as even slightly Right of centre. But I’m more inclined to believe it’s just another example of the group-think that develops when people mix mostly with their own kind.

In the case of successful actors, there’s also perhaps a tinge of guilt over the vast sums they’re paid — sometimes for doing not very much.

A brief digression. When I first read Sir Mark’s list of companies and individuals with which he wouldn’t wish to be associated, I was taken aback by his mention of those who wilfully destroy the lives of others unborn.

Was he breaking free of the thespian herd — sheep-like supporters, almost all, of a ‘woman’s right to choose’ — and making a brave stand against industrial-scale abortion? If so, I was going to praise him to the skies for speaking out against one of the true moral scandals of our age.

Yet the more I read that quote, the more I fear (though I stand to be corrected) that he was thinking more about the global warmists’ theories about Armageddon than the all-too-factual, deliberate destruction of unborn lives in abortion clinics, at the rate of more than 500-a-day in England and Wales alone.

But I promised I would mention one shining exception to the rule that actors flock together when it comes to right-on PC posturing.

Take a curtsy, Maureen Lipman, whose magnificent letter in Wednesday’s Times summed up in two words what every sensible person will have thought about Sir Mark’s gesture: ‘Jolly Silly’.

‘Resigning from a theatre company because you disagree with its choice of sponsors is jolly silly and one day Sir Mark will kick his own britches,’ she wrote.

If she’d had the space, she might have gone on to reflect how much poorer our cultural life would be if the likes of Botticelli, Raphael and Michelangelo had shunned the patronage of the Medicis and Borgias, never noted for their politically correct views. And I daresay even Shakespeare’s patrons made a bob or two from exploiting the peasantry, while indulging in practices such as stringing up pickpockets, of which the right-on Sir Mark would probably disapprove.

If she’d been unkind, Ms Lipman might also have wondered whether Sir Mark had ever taken advantage of the myriad benefits humanity would be denied if it weren’t for the oil industry. Has he never travelled by air, sea or car, used electricity or eaten food harvested and transported by motorised machinery?

Indeed, it is in huge measure thanks to Big Oil that while the global population has tripled in 70 years, the numbers living in extreme poverty are down from three-quarters to less than ten per cent. In the same way, big pharmaceutical companies — whose sponsorship some luvvies have also refused to accept — have made huge strides in conquering disease and lengthening average lifespans.

My advice to jolly silly Sir Mark is to be thankful for sponsorship from any legal source. Meanwhile, he might do well to consider that, yes, our lives would be emptier without great actors like him. But until properly viable alternative technologies emerge, humanity would be absolutely sunk without oil.