A business selling squeeze-on tomato sauce sachets for a whopping $1 each has left Aussies fuming, with a popular TV host even calling it a ‘crime’.

An outraged pie lover on Sunday posted a photo to Reddit showing individual Masterfoods barbeque and tomato sauce serves being sold at the exorbitant price tag under the caption: ‘Inflation in the wild in Western Sydney’.

Other users pointed out that they’d found the same ‘stupid’ price in their areas too.

The divisive issue has caused so much traction, that comedy writer Susie Youssef addressed the issue Sunday night’s episode of The Project.

‘A dollar of for a squeezy sauce is un-Australian,’ she said.

‘That’s why I now carry around a tray of condiments with me all the time.’

Australians have become accustomed to sauce being included with their pie or sausage roll – or sold at a token charge of around 20 cents.

Some online commenters said shops charging $1 for sauces should be ‘named and shame’ for doing so, allowing others to avoid them if they wanted.

‘I was just at a bakery at Westfield. The cashier asked me if I wanted sauce. I thought it was free said yes and she just charged me $1,’ one said.

Another said: ‘I wouldn’t want to buy their food – this is blatant money grabbing.’

‘Respectfully tell them to get f****d. Sauce is free with pies in servos, I would be purchasing your food elsewhere,’ a third wrote. 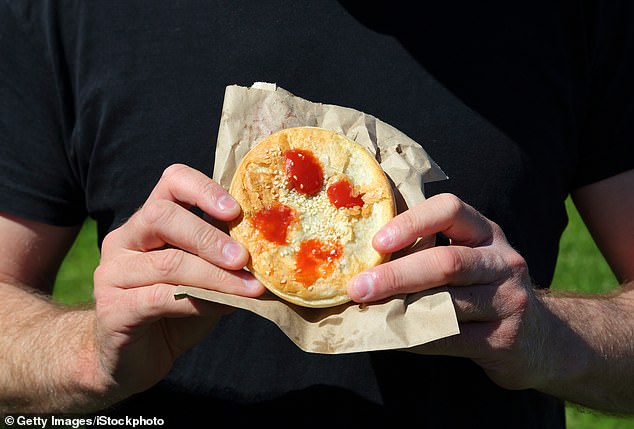 One commenter adapted a famous scene from the classic Australian film The Castle, where the father had a stock response to anything he considered too expensive.

A poster pointed out that ‘You can literally get a whole bottle of tomato sauce for $1.50 at Coles,’ but others stood up for the business owner, saying times are tough. 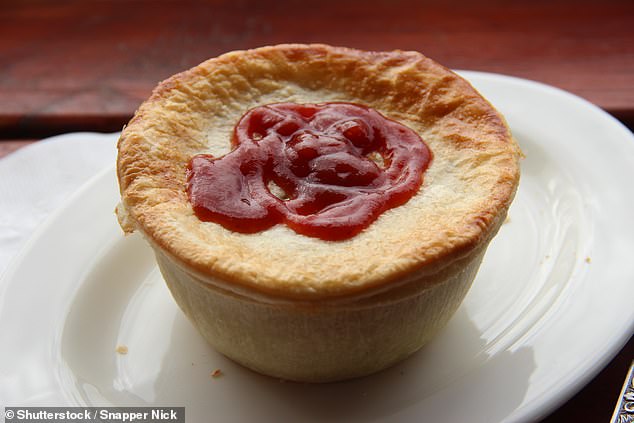 ‘No what’s unaustralian is the way the government treat small business, wages, taxes and rental prices, making all theses nearly impossible to run without these kind of mark-ups,’ one said.

Another cautioned those looking to vent their anger not to take it out on the staff, who were just doing their job.

‘Just walk away, no use complaining to the 16 year old girl working there for minimum wage,’ they said.

Australian’s consumer price index which measures inflation hit 7.3 per cent in September 2022, the highest level in more than three decades.