Arsenal legend Tony Adams has vented his frustrations with right-back Hector Bellerin after his performance in the club’s 2-0 defeat to Tottenham, claiming the Spaniard needed ‘learn how to be a good defender’.

Speaking on Premier League Productions, the former Arsenal defender hit out at the former Barcelona youngster and believes he is not playing the way he should.

He saw Bellerin heading up the field too much when he was needed in defence against Tottenham on Sunday, and thinks Arsenal could’ve avoided their first goal if he played more defensively. 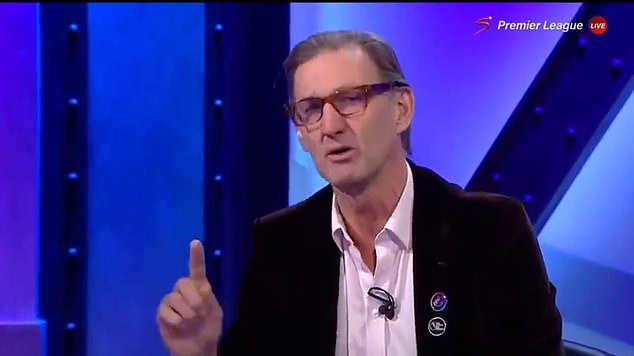 Tony Adams slammed the full-back’s performance after the game, saying he needs to learn

‘Work with him’ said Adams. ‘Don’t get him on the right wing, say “sit there” and go out there morning and afternoon with the kid and make him into a full back.’

However, Adams said that there is also potential for Bellerin to become a great player, comparing him to another club legend.

‘He’s no better or no worse than Lee Dixon when he came to the club.  He was playing like a right winger.

‘I went “Dicko, come here. Sit here. Learn your job. First and foremost stop that ball going in the back of the net.’ 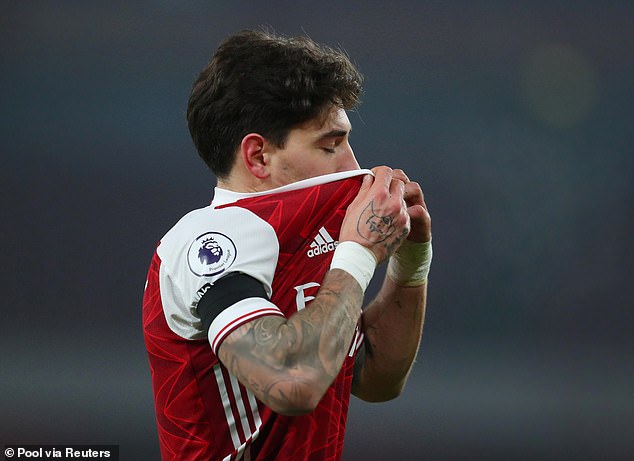 Bellerin, who has been with Arsenal since 2011, had a day to forget with his poor positioning 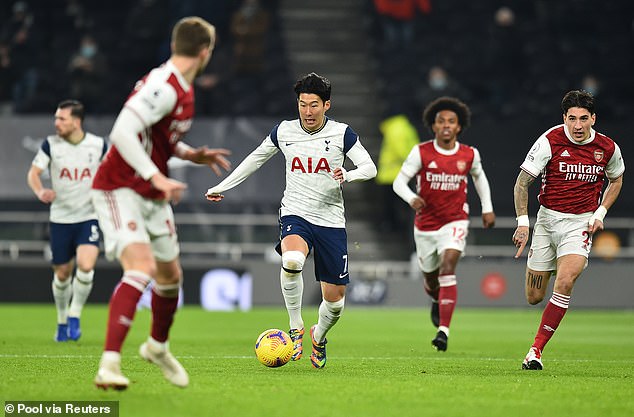 Tottenham broke quickly for their first goal against Arsenal, with Harry Kane playing the ball through to Son Heung-min who then fired excellently into the net from range.

Adams, who is recognised as one of the greatest defenders in Arsenal’s history and won four top flight titles and three FA Cups during his 22-year career, was scathing of Bellerin’s positioning as the South Korean broke the deadlock.

‘Where was Hector when that first goal was going in? He’s up the pitch. Do your job first. Learn how to be a good defender, keep clean sheets, then take it from there.’

Spurs got another goal on the break later in the half, and then held onto their lead despite a lot of Arsenal possession in the second half. 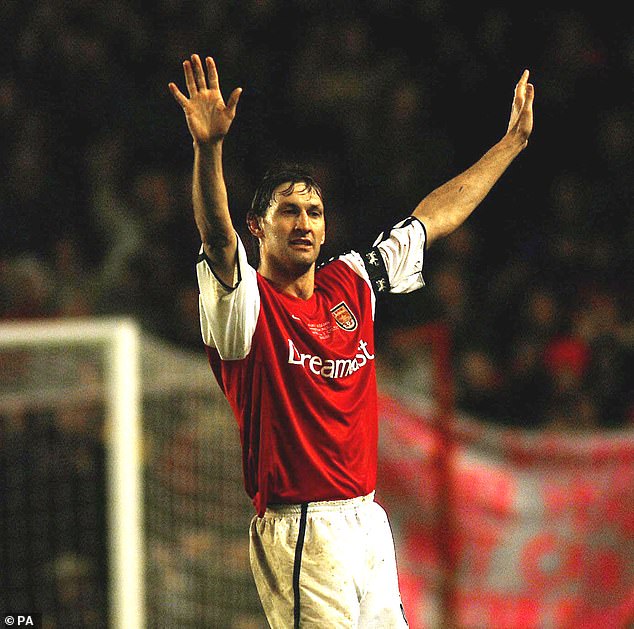 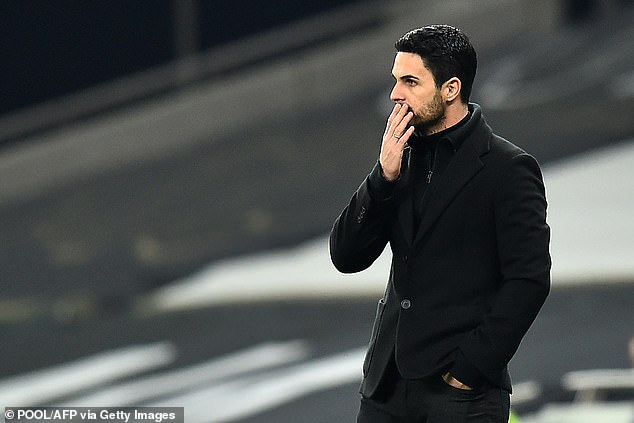 Speaking after the game, Arteta said the team’s main issue was their inability to finish their chances after ‘creating all the chances’ – insisting he could not fault the desire of the players.

‘This is football,’ he said. ‘They had one shot on target, scored a wonder-goal, and the second one we got done on the break because Thomas gets injured.

‘I saw my team full of desire, passion, dominating the game, creating all the chances, but it’s about the end product. We have to carry on, keep fighting, but improving those details.

‘On the first, they are really good at holding that ball, and Son has scored from 25 yards. On the second one Thomas is limping, in pain, has to come off, and we are missing a man.

‘I wanted him on the pitch doing whatever he could for the team. But he could not carry on playing, in a lot of pain, and it is what it is. Maybe we’re a little bit cautious with Son not to step in earlier.’