Tony Christie, 79, reveals he has been diagnosed with dementia and is on medication to slow it down

Singer Tony Christie has revealed he’s been diagnosed with dementia.

During an appearance on Steph’s Packed Lunch on Channel 4, the singer, 79, told Steph McGovern he received the news last year.

Tony informed his wife Sue, 73, he had been struggling to remember people’s names and other bits of information and she encouraged him to get it checked.

He explained: ‘I said to my wife, “I don’t know what’s wrong with me, I’m starting to forget people’s names and things.”

‘She said, “Let’s go and see a specialist.” I had all the tests and they said it’s an early start of dementia.

‘They started me on these tablets which slowed it right down and it’s really slowed it down.’

Explaining how’s he adapted since receiving the diagnosis, he said: ‘I have to have a TV screen on stage with me with the lyrics. 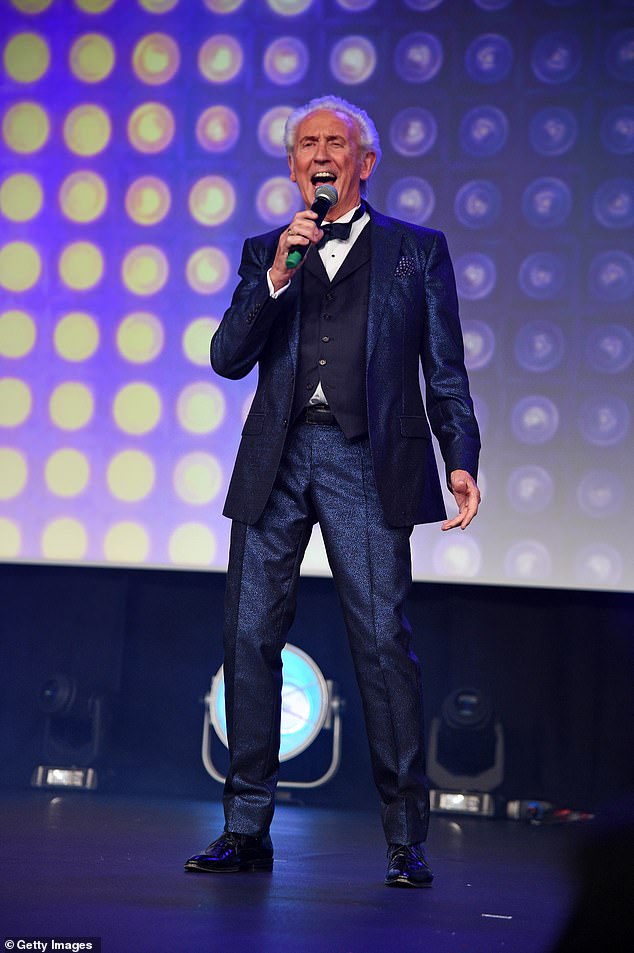 Health: During an appearance on Steph’s Packed Lunch on Channel 4 , the singer, 79, told Steph McGovern he received the news last year (pictured in 2021)

He added: ‘I don’t very often use it, it’s there just to make me feel safe.’

Elsewhere in the chat, Steph asked what Tony is most looking forward to ahead of turning 80.

He said: ‘I’m looking forward to working. I love working. My grandad used to say, ‘you retire, you die’ and I just said I’m not going to die.

‘I’m going to carry on and carry on… I feel good. I can carry on forever, that’s how I feel.’ 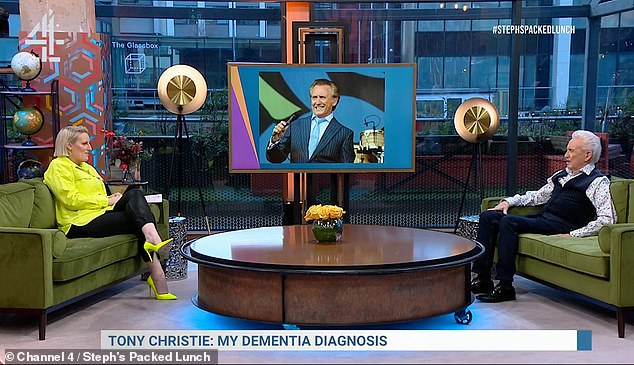 He explained: ‘I said to my wife, “I don’t know what’s wrong with me, I’m starting to forget people’s names and things” ‘ 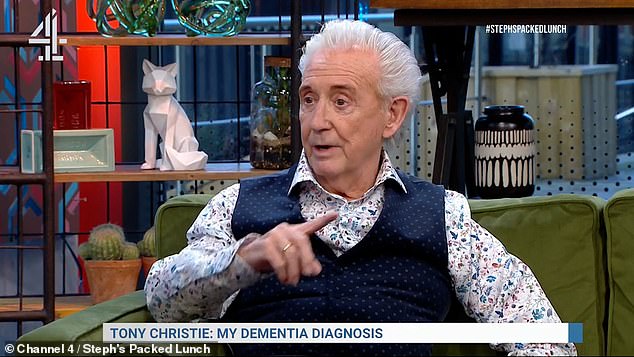 Tony added: ‘She said, “Let’s go and see a specialist.” I had all the tests and they said it’s an early start of dementia’

It comes after Tony revealed he was concerned he was developing dementia after noticing his memory has been getting worse back in 2019.

The (Is This The Way To) Amarillo star said that despite performing the same songs for 50 years he now needs the lyrics on an autocue.

Although currently touring in Germany, Tony said he will get checked out when back in the UK – although he’d prefer not to know if he has the condition. 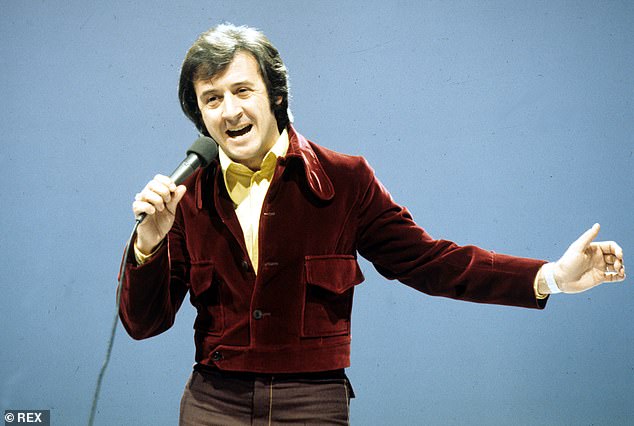 Performer: The (Is This The Way To) Amarillo star, pictured in 1973, revealed that he now has to have his lyrics on an autocue even though he’s been singing them for half a century

Tony told the Mirror: ‘I’ve noticed for a few years now that my memory has been getting worse, which is a serious concern especially as there’s history of dementia in my family.

‘It’s got to the point where I have to have the lyrics to all the songs I perform live written on autocue, and most of them I’ve been singing for half a century.’

However the star tried to remain positive, and added: ‘If it is bad news I’m expecting jokes from people saying they always suspected as much, seeing as I clearly still don’t know the way to Amarillo 48 years after that song was first a hit.’ 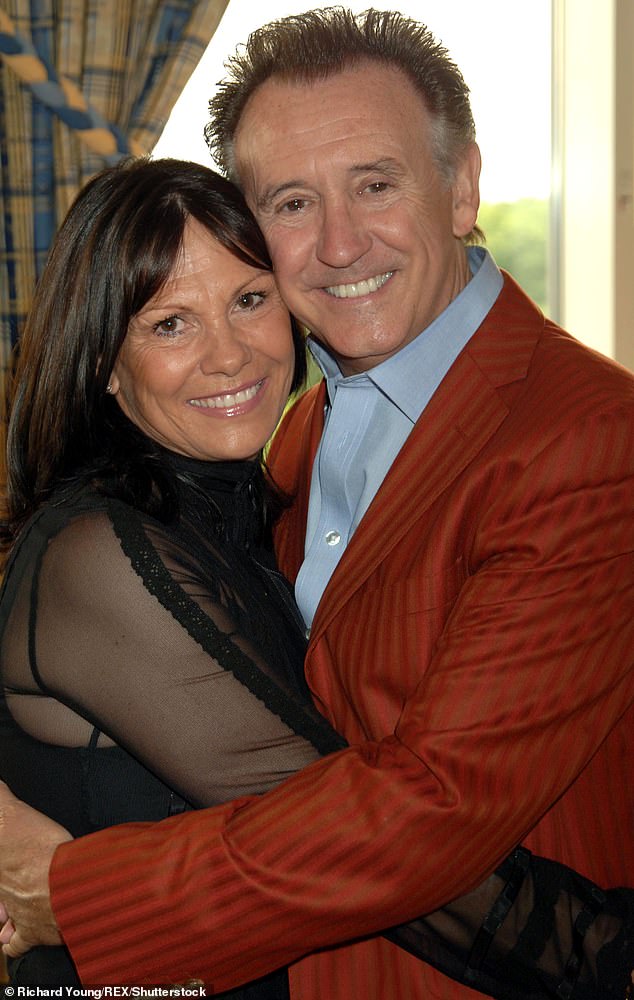 Support: Tony’s wife Sue, 73, pictured together in 2005, had to help him recall details of their life together when he wrote his autobiography as he couldn’t remember

Tony also revealed he has had to write down his bandmates’ names as to ensure he doesn’t introduce them wrongly on stage.

And at a recent gig in Germany the I Did What I Did For Maria singer got the city he was in wrong, thinking he was in Hamburg when really he was in Leipzig.

Tony explained that although he tried to make a joke of it, the moment was ‘actually no laughing matter for me.’

He also had trouble remembering things while writing autobiography The Song Interpreter and had to ask his wife of 51 years Sue for help.

Tony also revealed how he met his wife when she was standing at the front of the audience as he stood on stage singing in 1967.

Tony explained how he knew right away he wanted to marry her, but his father wasn’t as convinced.

He said in his autobiography: ‘My dad was a bit concerned that it was all maybe like a whirlwind. He said: “Tony, you don’t just marry a girl just because she’s got great legs.”

‘Well, she still does have great legs, but what I thought was: “Why are you looking at my girlfriend’s legs?” ’ 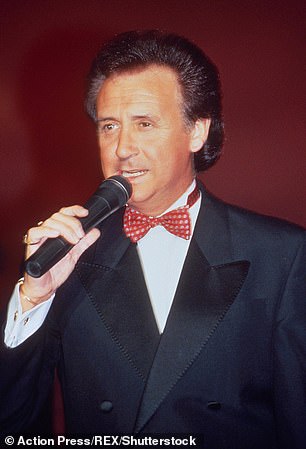 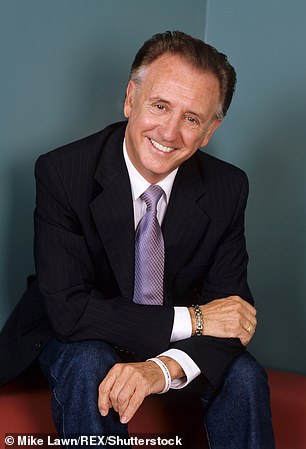 Recall: As well as needing a nudge to remember lyrics Tony, pictured left in 1991 and right in 2005, also has to write down his bandmates’ names so he introduces them correctly

Although Tony’s hits included Las Vegas and I Did What I Did For Maria, Amarillo was his first song to sell a million copies.

The catchy tune was a hit again when in 2005 it was used by Peter Kay for a Comic Relief video.

Originally, Tony was to star in the number with Peter Kay, but his involvement was whittled down until he was dropped from the filming schedule altogether.

Only a furious phone call from his manager son Sean, threatening to withhold permission to use the song, got him reinstated . . . for just 14 seconds of footage. 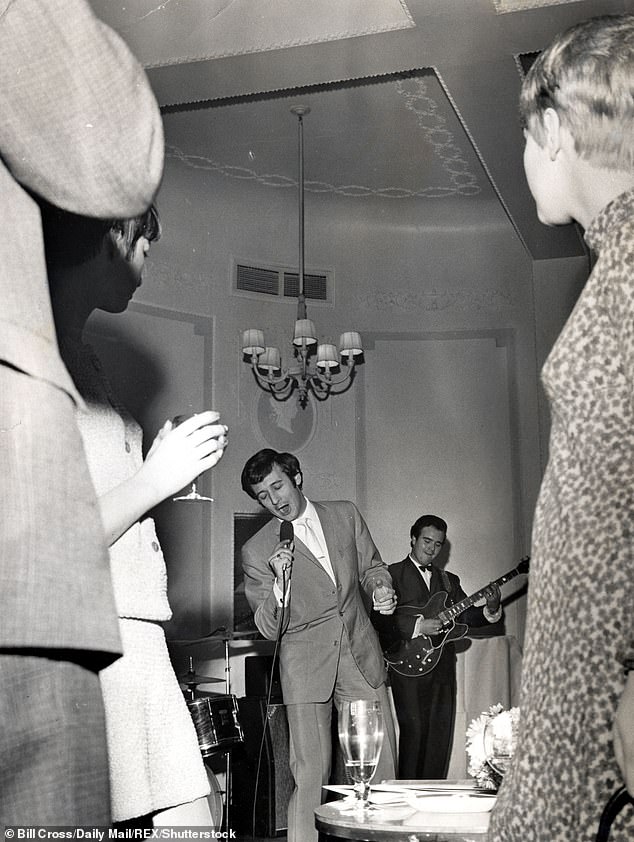 Star: Tony’s hits include Las Vegas and I Did What I Did For Maria, but sing-a-long classic Amarillo was his first song to sell a million copies. Tony is pictured performing in 1967