TONY HETHERINGTON: Cheque for £41,627 is stolen after a name change

Ms J.S. writes: My aunt died and I received a cheque for £41,627 from the solicitors who administered her estate.

I posted this to my bank, First Direct, as it has no branches. The payment did not appear in my account and the solicitors say it was deposited into a Barclays account someone had opened.

Barclays admits the account is fraudulent and it has frozen it, but it is not willing to refund the money.

No refund: The cheque was deposited into a Barclays account

Tony Hetherington replies: First Direct has confirmed that the cheque never arrived at its offices in Leeds.

It appears to have been stolen after you posted it.

But you had taken the precaution of giving instructions on the back of the cheque, saying it should only be accepted into your own First Direct sort code and account number, and you signed this.

On top of this, you have what is perhaps a unique name in this country.

I checked all sorts of sources, including electoral registers, and your name is a one-off.

So how did a thief manage to open an account with Barclays in your name, and then deposit your £41,627?

The answer is stunningly simple. She opened an account months ago, left it dormant, and after getting her hands on the stolen cheque, she told Barclays she had decided to change her name.

The thief became you, as far as the bank was concerned. And after the cheque was cleared, all but about £50 was quickly withdrawn.

Barclays’ advice was that you should contact Action Fraud, which you did, and you received a reply from the National Fraud Intelligence Bureau.

It said: ‘On this occasion, based on the information currently available, it has not been possible to identify a line of enquiry which a law enforcement organisation in the United Kingdom could pursue.’

What rubbish. The woman who opened the Barclays account produced her driving licence as proof of her identity. She gave her address. And as well as copying her licence, including her photograph,

Barclays has a recent picture of her when she used the bank’s online video services. If all this does not count as a line of enquiry, then heaven knows what does.

Barclays’ other piece of advice was that since the solicitors’ cheque was issued by the Royal Bank of Scotland, it was up to RBS to open ‘an inter-bank investigation’ that would involve both First Direct and Barclays.

Well, you tried, but the solicitors were told that all this had nothing to do with RBS, whose staff had no idea what ‘an inter-bank investigation’ might be. Their feeling was that Barclays was just giving you the run-around.

And it is hard to disagree. The cheque that Barclays accepted has been altered with Tippex to cover up your First Direct account details and insert the fraudster’s account number at Barclays.

And the recent video picture of the fraudster may not be the person pictured on the driving licence, unless she has aged noticeably.

Even crooks and thieves have a right to confidentiality, it seems. Barclays would release all its information to the police, but that is little use when Action Fraud has already refused to take action.

So I tried different questions. Why did nobody at Barclays spot that the cheque had been Tippexed and altered?

Why did nobody at Barclays spot that the fraudster had only changed her name after the date the solicitors issued the cheque in her ‘new’ name?

And when a customer says they want to change their name, does Barclays verify this by asking to see a new driving licence or perhaps utility bills showing the new name?

The answers, it seems, are that nobody takes any notice of the back of the cheque, and quite possibly not even the front.

A spokesman was happy to tell me that, ‘Barclays complies with all regulatory and legal requirements and has a robust identity and verification process’ when a new account is opened.

But the bank was less happy to explain what happens when that customer changes his or her name.

UK Finance – the banks’ trade body – confirmed the lack of strong regulations on name changes, telling me that it is up to banks to decide what proof they need.

They might even settle for a single sheet of paper on which the customer announces they are changing their name by deed poll, as long as it is accompanied by at least one other piece of evidence in the new name.

Whether or not Barclays demanded such evidence remains unknown. But even if it did, changing a name is so easy – and free – that the theft of your cheque has exposed a massive loophole in the system.

Nobody’s account is safe unless the banks tighten up their regulations and put humans back into the cheque clearing process as their machines and computers clearly don’t recognise Tippex when they see it.

Trip to Nice has gone to the dogs

Ms L.F. writes: I booked our dogs to be transported to Nice with easyPet, while we travelled to France separately.

Then our vet said if we were not driving the animals to Nice, the easyPet driver needed to be present at a meeting with the vet when the necessary Animal Health Certificate was issued.

I checked with the Department for Environment, Food and Rural Affairs (Defra) and they confirmed that the person responsible for the pets needs to be present if the owner is not present.

EasyPet said it would be impossible for drivers to visit every vet, so we cancelled our trip. 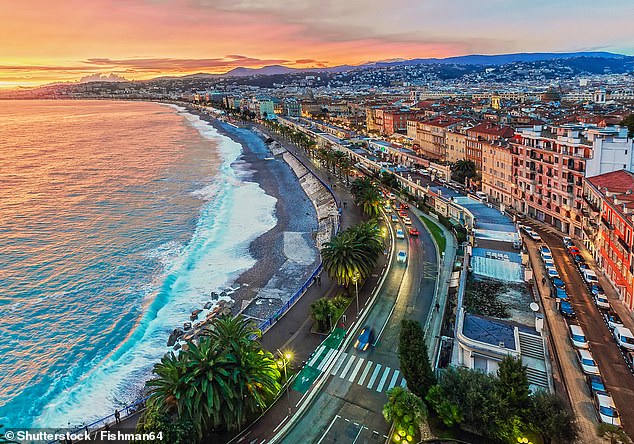 Nice in Nice: Vet said the easyPet driver needed to be present at a meeting with the vet when the necessary Animal Health Certificate was issued

Tony Hetherington replies: What this comes down to is the exact meaning of the advice from Defra, and how your vet interpreted it.

According to Defra, when the pet’s health certificate is completed, allowing it to cross borders, the person responsible for the animal must be present if the owner is not able to be present.

But this does not say that the person present with the animal must be the same person that actually drives the pet out of the country.

In short, you could take your dogs to the vet to get their health certificates and then hand them over to the easyPet driver. The bottom line is that your vet is wrong, and I am sorry that this has spoiled your trip to France.