Ms J.S. writes: TNT has lost my passport documents and refuses to respond to complaints.

I applied to renew my passport and received an email from the Passport Office saying my new passport and documents would be sent to me via the TNT delivery service.

It appears they dumped my documents through a neighbour’s door, not even close to mine, and the owner is away and refuses to arrange access.

Poor: Courier company TNT did not even apologise for the mess

Tony Hetherington replies: What a mess. And what an extraordinary way for a large courier company to behave. When your new passport failed to arrive, the Passport Office very quickly issued a fresh one and sent it to you by Royal Mail.

But the documents that were entrusted to TNT included your visa for working overseas as a teacher. Without the visa, you could not return to your job abroad and had to cancel your flight.

After a lot of pleading, you finally persuaded the absent owner of the unoccupied neighbouring property to arrange access through her local estate agent. This cost £60, which you had to pay, but it did mean that you found the packet of documents that TNT had wrongly delivered there. By then though, it was too late for you to fly back to your job, and you have told me that you lost £400 by cancelling your airline ticket.

I asked TNT – now part of the giant FedEx network – to comment. It replied: ‘Outstanding customer service is a top priority for FedEx, we have been in direct contact with the customer and the matter has now been resolved.’ Talk about a brush-off.

And you were treated the same way, with a phone call from TNT to say it had not found time to speak to the delivery driver, but it just wanted to make sure that you had traced the wrongly delivered package of papers and had managed to get your hands on them, even at your own expense. TNT failed to offer any apology or explanation, and refused to meet any of your costs in sorting out its mess.

Later, TNT and FedEx told me they had since apologised for any ‘inconvenience’, which they blamed on ‘incomplete address details’. When I queried this, they told me that you live in a flat and did not provide a number for the flat. This gave a false impression though.

You do not live in a tower block with dozens and dozens of flats. Your home is part of a large London house that has been converted into a small number of separate apartments.

More significantly, you still had the package that TNT wrongly delivered. It gives your address perfectly and in full, and it is not the same as the address to which the package was delivered. In fact, that address has no name or number on it and does not even share your front door.

It was quite simply wrong. TNT and FedEx have told me that they regard the matter as closed. After saying the delivery address was incomplete, they refused to give any details or to say who had allegedly given them an incomplete address.

I need a refund for cancelled Covid test

Ms M.C. writes: We were due to fly to Spain in December, so we needed a Covid test and paid Confirm Testing Limited £157 for tests by post.

A few days later Confirm Testing emailed, saying it could not supply test kits after all and would refund our money, so we had to go elsewhere, but our refund has not been paid.

Tony Hetherington replies: Confirm Testing’s ‘Fit to Fly’ scheme used to rely heavily on Royal Mail to get test kits to customers, get the samples back for testing, and then get the results posted quickly so customers with negative certificates could fly.

Toby Nicol, a one-time easyJet executive who runs Confirm Testing, told me: ‘In late November, we experienced sudden and unforeseeable postal service delays which affected our Fit to Fly service’.

These delays arose when Royal Mail was swamped by lockdown and Black Friday orders, so Confirm Testing withdrew its postal scheme. It is still working through refunds, but your £157 has been repaid.

A carbon credits conman who left investors with losses of millions of pounds has been banned from acting as a company director for the next 11 years.

Steven Sulley, 35, was behind Pure Carbon Limited, which raked in more than £3million from investors who were told to expect big profits, even though there was no way to turn their carbon credits back into cash.

This was not Sulley’s first scam. In 2012, I warned that he had set up Carbon Green Capital Limited, which made similar false claims. 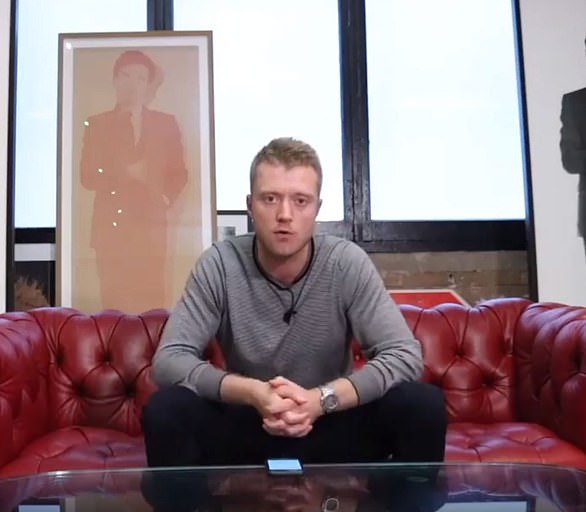 Conman: Steven Sulley has been banned from acting as a director

It was closed down by the High Court in 2014 after investigators from the Government-run Insolvency Service found it had claimed investments could triple in value. A judge described the company, which attracted almost £1million from investors, as simply ‘fraudulent’.

The Mail on Sunday reported at the time that Sulley had moved on to Pure Carbon, and in 2016 the High Court ordered it into liquidation too.

Earlier this month, the liquidators reported that their own enquiries into the company’s finances had been delayed as records were in the hands of the police.

Two years ago, Sulley demanded that The Mail on Sunday remove my 2014 report from its website, claiming it was libellous.

Saying that he had consulted his solicitor, Sulley wrote: ‘We feel this article defamatory to me suggesting that I am a ‘career conman’ which couldn’t be further from the truth, is inaccurate and thus violates the defamation act 2013.’ We politely declined.

Sulley now describes himself as an art dealer, and last June set up WH Online Limited, linked to the Woodbury House art gallery in Soho in London. Woodbury House describes itself as ‘a specialist art investment consultancy’.

He resigned as a director a few weeks ago, knowing that he was about to be banned, but according to Companies House records he is still the controlling shareholder.