Tonya Harding sheds some tears, voices her anger and even has a few laughs in a television interview set to air on on ABC’s 20/20 this Friday.

She also describes what it was like to become public enemy number one in the wake of the knee-whack attack that almost shattered her rival Nancy Kerrigan’s Olympic dreams.

It was Harding who was ultimately left in ruin however, with Kerrigan managing to skate away with a Silver at the 1994 Games while Harding would never skate again after that international spectacle.

Since that time she has been attacked and antagonized and frequently made to feel like nothing she explains, but those days are over.

This new confidence likely has some thing to do with the success of the Margot Robbie film I, Tonya, which recounts the story and details the hardships Harding faced as the daughter of an abusive mother and wife of an abusive husband.

‘It’s my faith in myself and my father that comes back to me and makes me get back up off my butt and be something worth being proud of,’ says Harding.

‘I always wanted my daddy to be proud.’

Harding then breaks down while adding: ‘And now, I want my son to be proud.’ 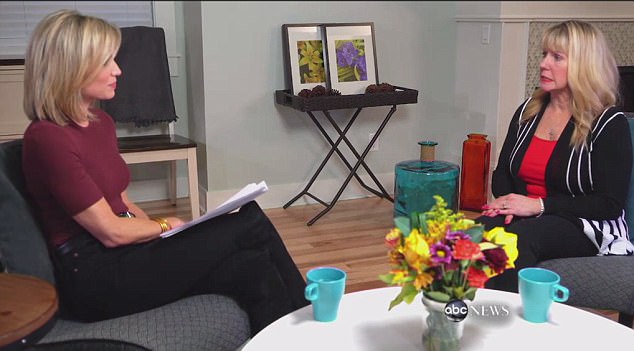 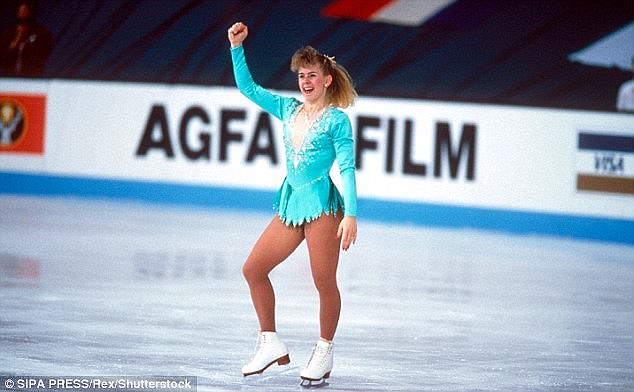 Golden girl: Tonya Harding arrived on the figure skating scene in a big way in the late 1980s (above in 1991 at Skate America)

Harding was taken off the ice that same year, after admitting in court to knowing about her ex-husband’s plot to try and break the leg of Kerrigan in a bid to keep her from participating in the 1994 Winter Olympics.

The 46-year-old would then later backtrack on her court admission.

Harding arrived on the figure skating scene in a big way in the late 1980s, which all culminated in her first place finish at the 1991 US Figure Skating Championship.

It was that same year that Harding made history by becoming the first woman to complete a triple axel in the short program.

Her skating did not have the grace that many others had at the time, but she was considered one of the most powerful jumpers to ever compete.

The following year her success continued when she finished in fourth place at the Winter Olympics, behind Kristi Yamaguchi of the United States, Midori Ito of Japan and Nancy Kerrigan.

Yamaguchi retired soon after which made Harding’s biggest rival in the sport Kerrigan.

Then, just before the two were set to compete in the 1994 Olympics, Kerrigan was clubbed in the knee as she left a practice facility.

Kerrigan had been practicing for the 1994 U.S. Figure Skating Championships in Detroit on the day when she was attacked by the mystery man, who was later revealed to be Shane Stant.

Authorities were able to soon learn that Stant had been hired by Gilloly and Harding’s bodyguard Shawn Eckhardt to break Kerrigan’s leg so she could not compete at the Olympics. 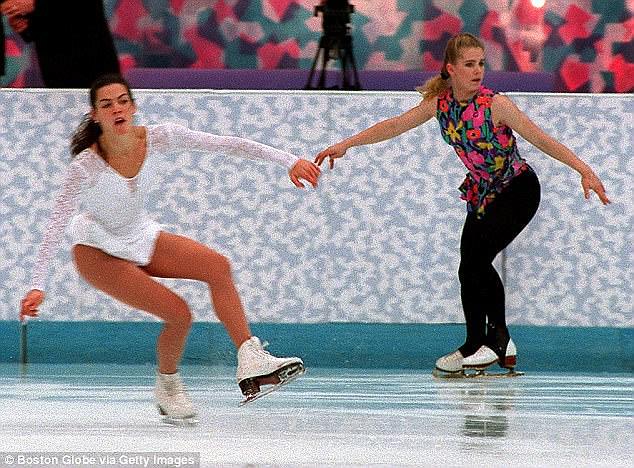 Harding made history by becoming the first woman to complete a triple axel in the short program. Kerrigan and Harding above at a practice session in Lillehammer 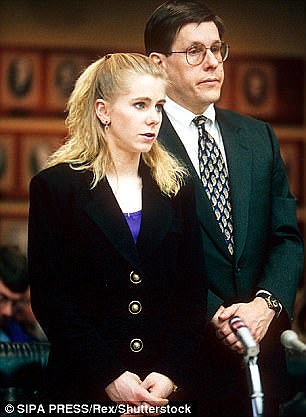 Skating on thin ice: Harding was stripped her of her 1994 US Championship title and banned from participating in US Figure Skating Association events (above in court one month after the 1994 Olympics)

‘There are still people who believe you carried out that whack. Why do you think that is?’ asks Amy Robach at one point during the 20/20 inteview.

‘Because they don’t listen,’ jokes Harding, who earlier admitted she still very much cares what people think about her after all these years.

‘The media had me convicted of doing something wrong before I had done anything at all. I’m always the bad person.’

She goes on to say: ‘Is it a challenge from the lord to see how far I can be pushed until I break and become nothing. You can’t push me that far anymore because I’ve been nothing. And I’ve been nothing several times.’

Kerrigan also spoke to ABC about the attack earlier this year while appeaing on Dancing With the Stars.

‘Do you feel like there has been an apology [from Tonya Harding]?’ asked anchor Juju Chang.

‘I don’t know. We talked. We were at an event four years after I was attacked. But we didn’t really speak to each other. So it was very awkward and strange,’ responded Kerrigan, once again trying to skirt the question. 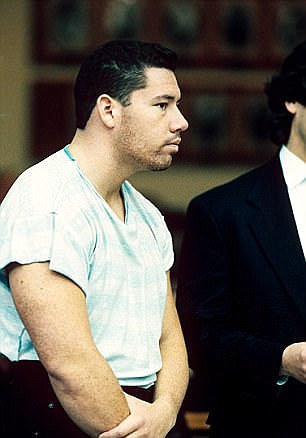 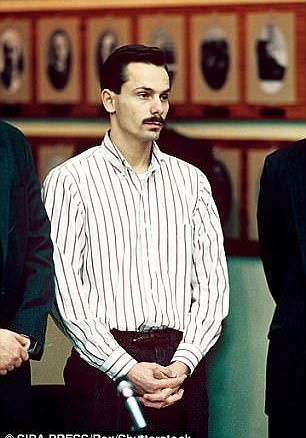 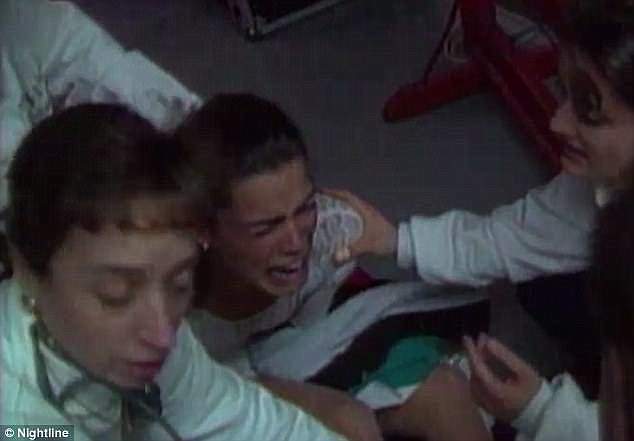 Just before the two were set to compete in the 1994 Olympics, Kerrigan (pictured) was clubbed in the knee as she left a practice facility

Chang then pressed Kerrigan to answer the question, at which point she revealed that Harding had never directly apologized for the attack.

The Olympic medalist then quickly followed up her admission with a question of her own, asking Chang: ‘Does it matter?’

Harding has claimed multiple times over the years that she apologized repeatedly to Kerrigan, and still speaks about her competitor as if she were the villain over two decades after the attack.

She was still quite guarded in that video, while Harding was an open book as she spoke about the abuse she suffered from her mother and later her husband Jeff Gillooly as well as the difficulties she had being an underprivileged child in the world of figure skating.

Harding has continued to downplay her involvement in the attack over the years, which was captured on video at the time.

She also told Oprah back in 2009 that she wanted to make amends with Kerrigan, saying: ‘Well, if she’d let me, I’d love to give her a hug. And just, you know, tell her how proud I am of her being able to, you know, go forward with her life.’ 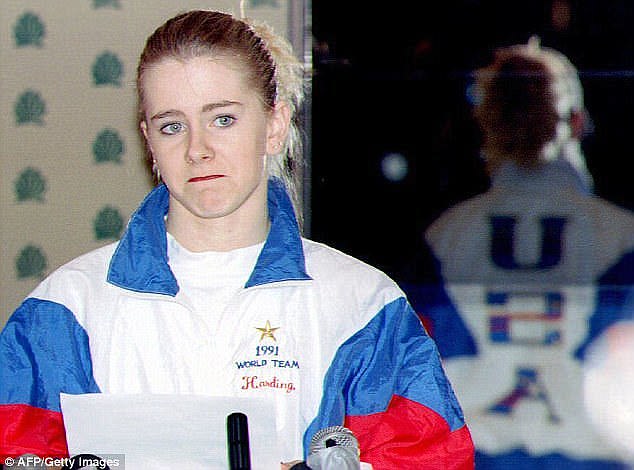 Kerrigan spoke about that video of the attack to ‘Nightline’, which showed her clutching her knee and wailing ‘WHY’ as a crowd quickly rushed to attend to her.

‘So you said why,’ said Chang to Kerrigan, who has also shied away from ever taking about that moment.

Kerrigan was already one of the most famous figure skaters in history before the attack thanks to the fact that she came up at a time when the United States had three of the world’s best figure skaters in herself, Harding and Kristi Yamiguchi, who won gold at the 1992 Olympic Games.

Harding initially denied having any knowledge of the situation and in the end Kerrigan recovered and won Silver at the Lillehammer Games, while Harding finished in eighth and left the sport in disgrace.

In March of that year, Harding pleaded guilty to conspiring to hinder prosecution of the attackers and was put on probation and ordered to perform community service.

Soon after, Harding was stripped her of her 1994 US Championship title and banned from participating in US Figure Skating Association events as either a skater or a coach for the rest of her life.

In a 2014 interview, Kerrigan said that at the time she really wanted to believe Harding was not involved in the bizarre plot to destroy her career.

‘I truly wanted to believe that she had nothing to do with it at all,’ the 44-year-old said on Morning Joe.

‘Because how could that seem possible that someone you know, I mean we were competitors, but… we were friendly. So to think that anyone you know would deliberately try to hurt you, yeah, it’s too bizarre to understand.’

She later spoke abut how she was left in a complete state of disbelief.

‘I can remember saying even to the FBI, “Well, maybe Tonya really didn’t know. Maybe they did it for her.”‘ she recalled.

‘And they’re like, “Nancy, we can’t prove it, but we think she was the mastermind of the whole thing.”‘

At that point, she said she felt ‘disappointment, sadness.’ And while Harding still denies having any role, Kerrigan said she doesn’t believe her. 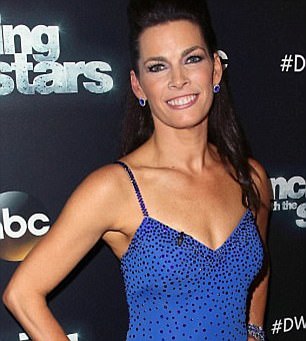 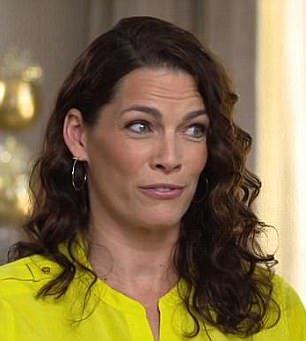 Opening up: Nancy Kerrigan, 47, (left and right) revealed that Tonya Harding never apologized to her directly

‘Why would the people around her want to hurt me? What did they have to gain? I guess she’s the only one who really had anything to gain. And I was told “I know we can’t prove it but we’re telling you. She did.” I hated hearing it. It stinks. It’s sad on so many levels,’ said Kerrigan.

When asked if she had forgiven Harding for what happened, she said she did not think about it much, especially since she is now a busy mom-of-three.

‘I don’t know. I don’t think about it really. When I read transcripts from the FBI, they planned to kill me at one point. That was one of the options. To kill me over a sporting event. That’s crazy,’ she said.

‘There were all these other brutal options that they were thinking about doing to me. I’ve moved on, I don’t think about it as forgiveness. I just hope she’s happy… and can be able to move on.’