They returned to Los Angeles days ago after a picturesque vacation in Utah.

And Francesca Fargo and her new boyfriend Jef Holm still looked just as lovestruck as they enjoyed a romantic sunset date at Venice Beach on Friday.

The 26-year-old Too Hot To Handle Star and the 36-year-old Bachelorette winner were spotted cooling down at the beach before sharing a sweet kiss. 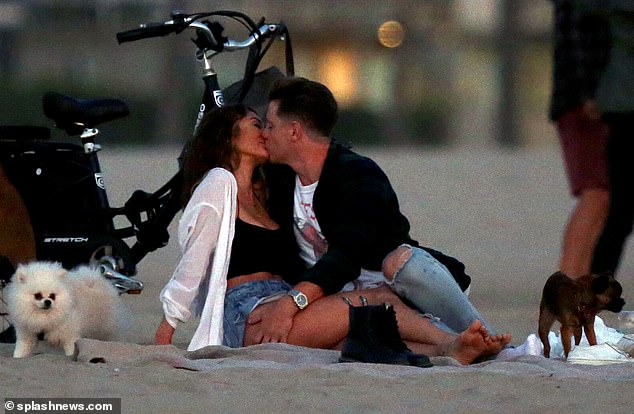 By the sea: Too Hot To Handle’s Francesca Fargo, 26, and her Bachelorette winner beau Jef Holm enjoyed a sunset date at Venice Beach on Friday. The couple shared a loving kiss on the beach

Francesca kept her look cool with a black cropped halter tank top that highlighted her cleavage and her trim tummy.

She covered up with a thin white shirt that was left unbuttoned and fell down around her wrists, and she finished off her ensemble with a pair of high-waisted cut-off jeans.

Jeff was dressed simply in a white graphic T-shirt with a dark jacket and acid wash jeans blown out at the knees.

While they gazed out at the ocean, the new couple embraced and Jef leaned in for a kiss. 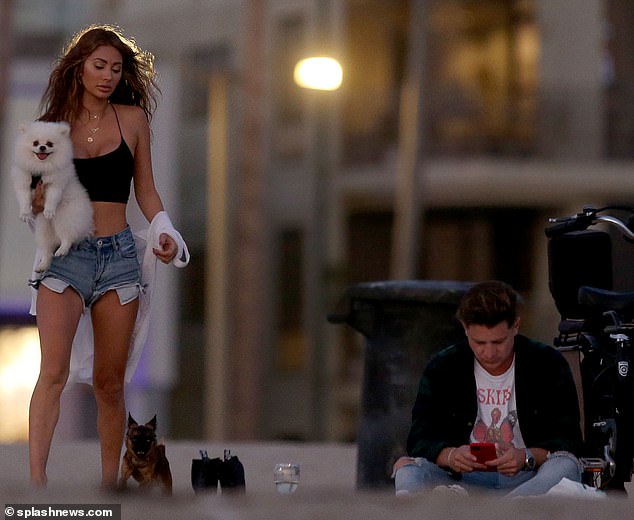 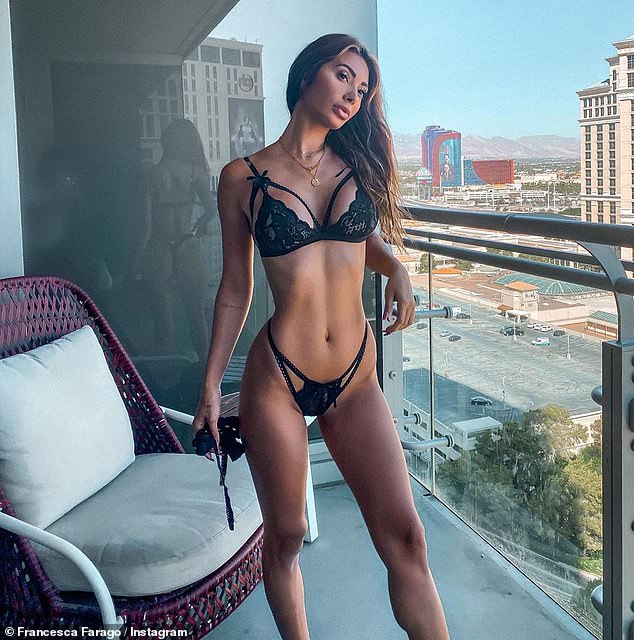 She’s Too Hot To Handle! Farago sizzled as she posed in lingerie during her getaway to Las Vegas. Prior to the stop, the two were at Lake Powell in Utah

Also joining the lovebirds was Francesca’s adorable white Pomeranian Romi, as well as a cute little brown dog of Jef’s.

The couple were previously in Las Vegas, where Francesca posted a lingerie photo from her hotel’s balcony.

Prior to that, they enjoyed the stunning sight’s of Utah’s Lake Powell, a popular tourist attraction.

Francesca’s time on the West Coast seems to be temporarily over, as she shared a short video of herself at Vancouver International Airport on Saturday, and she late posted clips of her dogs that revealed she was back at her home in Ottawa, Ontario.

The TV star brought Romi back with her and had a sweet reunion with her gray and white Husky. 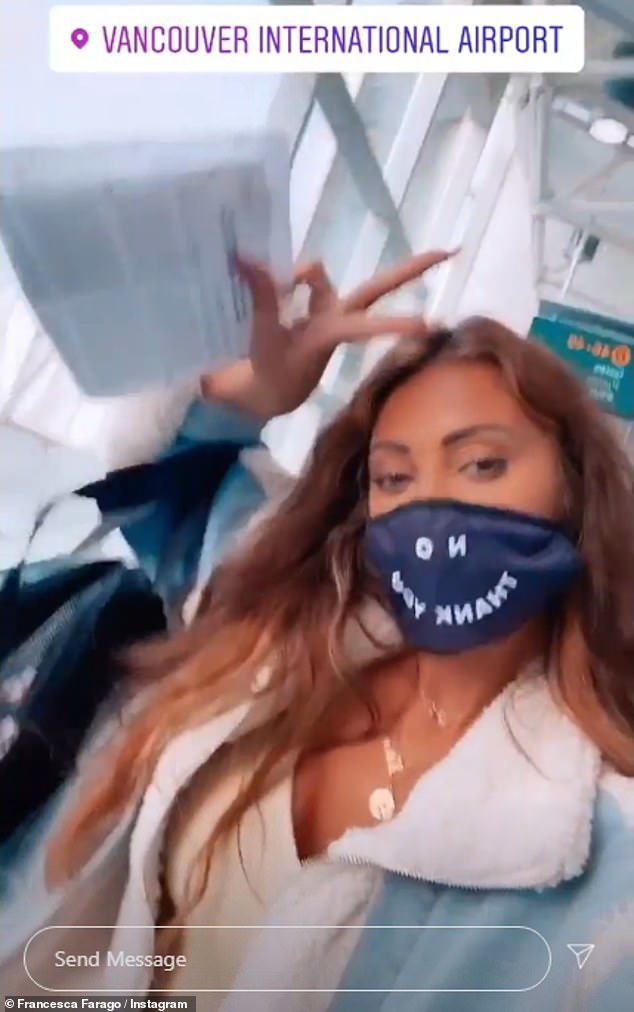 In the air: On Saturday, Francesca jetted off to Vancouver on her way to going east to her home in Ottawa, Ontario 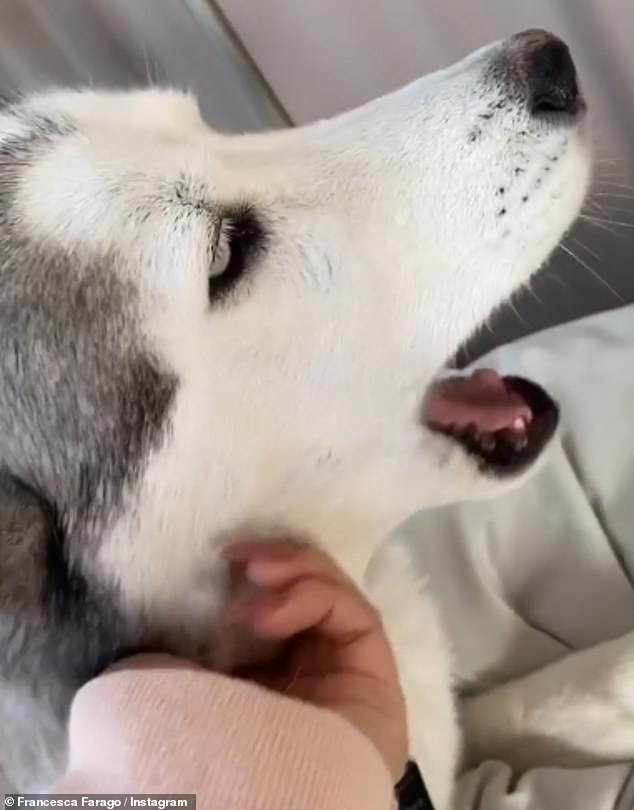 Reunited and it feels so good: The reality star shared a cute video of her greeting her husky, who had been left at home

Francesca has struck up a relationship with Jef after she split from her Too Hot To Handle costar Harry Jowsey.

Jef’s claim to fame was winning season 8 of The Bachelorette.

He and Emily Maynard got engaged in the season finale, but they announced their breakup only months later.

Though they seemed entranced by each other, Jef told E! News that he’s taking things slow with Francesca.

‘She’s a lot of fun to be around,’ he said. ‘We’ve been hanging out and getting to know each other. She’s a great person inside and out and we have a lot in common. I definitely have a crush on her.

‘People are quick to put a title on things but we’re just in the beginning stages and are taking things slow.’ 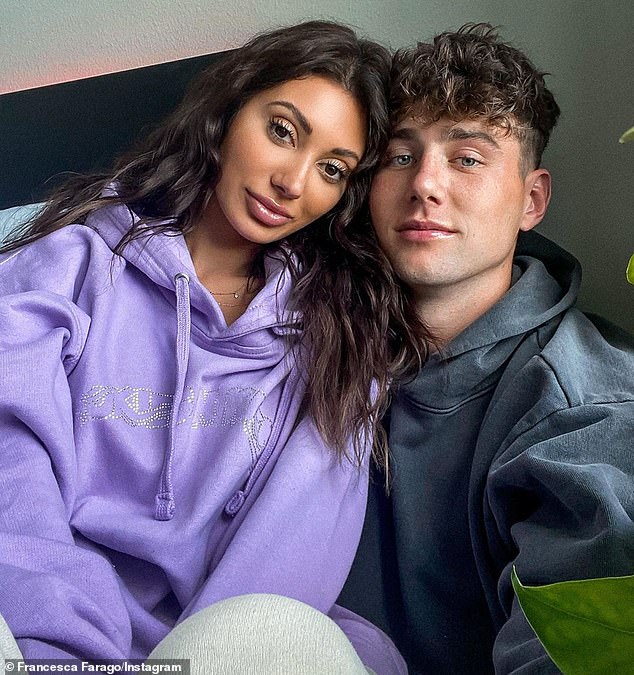 Fizzled out: Farago has called it quits with her Too Hot To Handle costar, Harry Jowsey 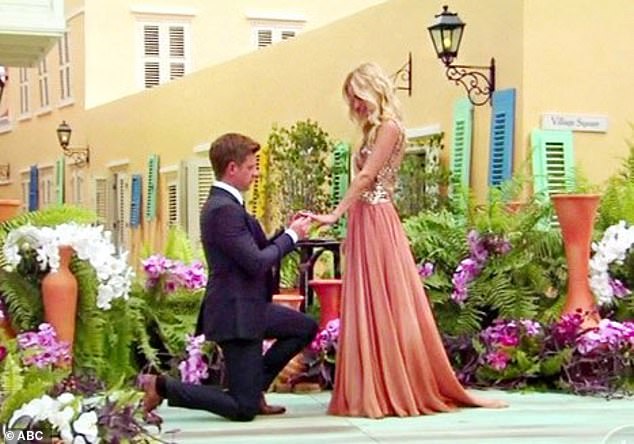 He accepted her final rose! Jef rose to fame after looking for love on The Bachelorette, where he became engaged to Emily Maynard, though they broke up months later