A top Democrat has suggested that although ‘we aren’t going to have a wall’, some kind of ‘enhanced barrier’ could be an option.

Texas Democratic Rep. Henry Cuellar, who is on the bipartisan congressional committee working on a solution for border security, told Fox News Sunday host Chris Wallace:  ‘First of all, we are not going to have a wall.

‘But I have to say living on the border, you have to let the local Border Patrol chief have the say-so, and let the local communities be involved so they can come up with, uh, maybe some sort of enhanced barrier – but again, Washington cannot dictate what sort of barrier and where to put it at.’

No wall: Texas Democratic Rep. Henry Cuellar has suggested some kind of ‘enhanced barrier’ could be an option 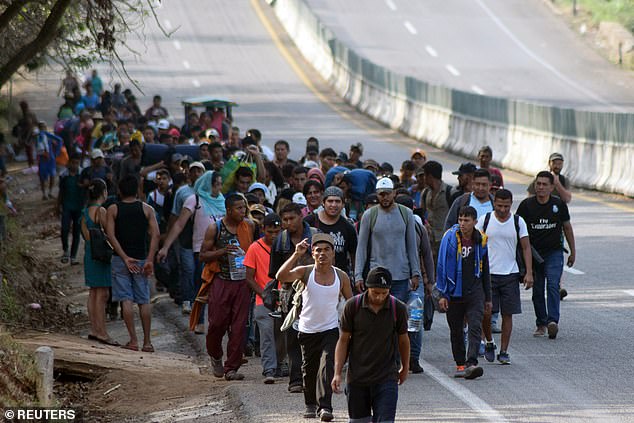 Marching to America: Migrants are seen walking on a road in Mexico towards the United States on Sunday 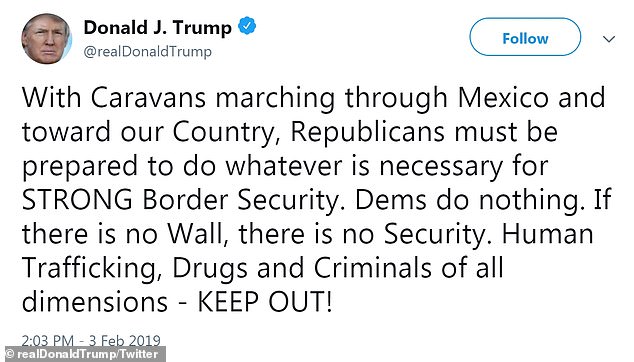 Trump doubled down on the need for his proposed wall, tweeting: ‘Republicans must be prepared to do whatever is necessary for STRONG Border Security’

Cuellar, however, believes a deal can be hashed out before the February 15 deadline, explaining: ‘If we don’t get outside pressure, the committee can sit down and work this out.

‘Appropriators are, as you know – in Washington, there’s Republicans and Democrats and there’s appropriators both in the House and the Senate.

‘We can work out a deal, I know we can sit down and work it, if we just don’t get any outside pressure, do what we need to do, and I feel the process as appropriators, House and Senate Democrats, Republicans – we can work something out.’

Trump doubled down on the need for his proposed wall on Sunday afternoon, tweeting: ‘With Caravans marching through Mexico and toward our Country, Republicans must be prepared to do whatever is necessary for STRONG Border Security.

‘Dems do nothing. If there is no Wall, there is no Security. Human Trafficking, Drugs and Criminals of all dimensions – KEEP OUT!’ 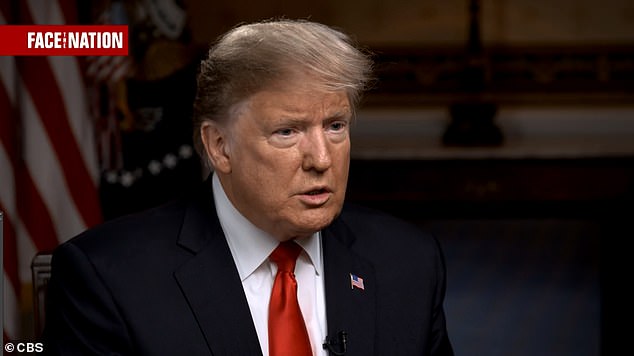 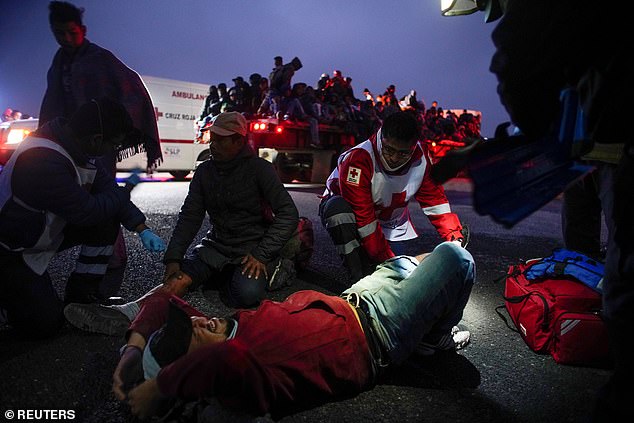 Paramedics provide first aid to a migrant who was injured in Matehuala, Mexico during his journey towards the United States on Sunday

It comes after he declared in a CBS Face the Nation interview that aired Sunday morning that he won’t rule out a second government shutdown on February 15 if negotiators don’t offer a border security plan that includes funding for his border wall.

‘We’re going to have to see what happens on February 15th,’ the president said, adding: ‘I don’t take anything off the table.’

He also didn’t rule out declaring a national emergency in order to build his barrier along the U.S.-Mexico border. 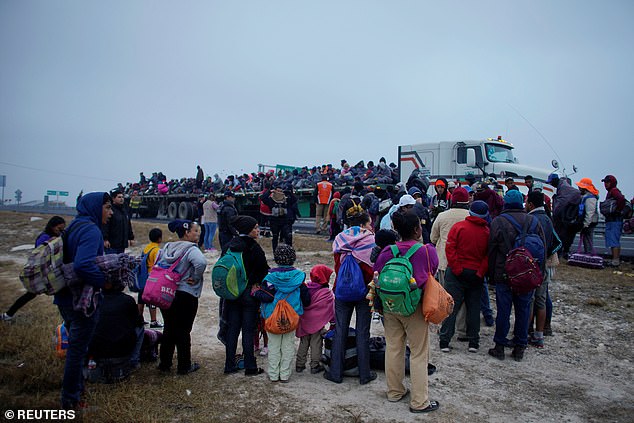 Migrants wait in line for transportation during their journey towards the United States, in Matehuala, Mexico on Sunday

The shutdown began when Trump demanded $5.7 billion for his border wall and Democrats refused to offer more than $1.3 billion for border security.

A group of Republican and Democratic lawmakers are working on a plan to fund border security beyond February 15, which is the day funding for several government agencies runs out. The Democrats’ opening offer had zero money for Trump’s wall.

But the president continues to make the case for his border barrier and said anyone who doesn’t think so is ‘just playing games.

‘This really is an invasion of our country by human traffickers. These are people that are horrible people bringing in women mostly, but bringing in women and children into our country. Human trafficking. And we’re going to have a strong border. And the only way you have a strong border is you need a physical barrier. You need a wall. And anybody that says you don’t, they’re just playing games,’ he said.

He also slammed Speaker Nancy Pelosi as doing a ‘terrible disservice to the people’ by not funding his wall. He said she was too ‘rigid’ in their negotiations and ‘very bad’ for the country. 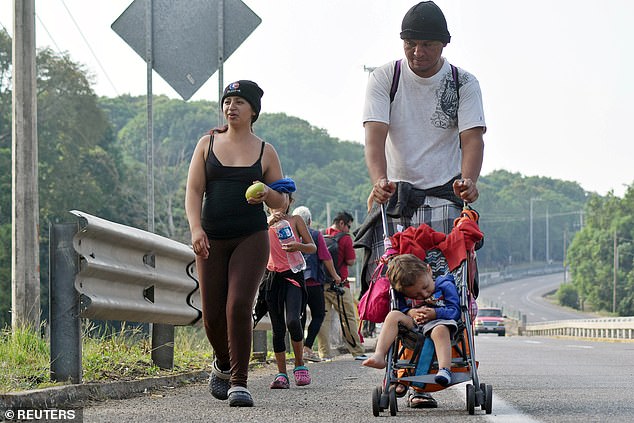 Migrants walk by the road that links Tapachula with Huixtla, during their journey towards the United States, in Tapachula, Mexico on Sunday

Pelosi held firm on her stance for no border wall funding and, after the longest shutdown in American history, Trump caved and reopened the government for three weeks while negotiations on border security funding continue.

‘I think that she was very rigid – which I would expect – but I think she is very bad for our country,’ he told CBS News of the speaker.  ‘She knows that you need a barrier. She knows that we need border security. She wanted to win a political point.