NBC News is under a lot of stress following Megyn Kelly’s calculated rebuke of Jane Fonda as execs try to de-escalate the bad attention the host has brought the network.

NBC News Chairman Andy Lack was particularly perturbed that deputy, Noah Oppenheim, was away in North Korea when Kelly went live with her tirade.

The controversial Kelly blasted the Hollywood star, during a segment of her ‘Today’ show on Monday, for continuously bringing up the September interview where Kelly, 47, inquired about the 80-year-old’s experience with plastic surgery while the star was on for ‘Our Souls at Night.’

NBC News Chairman Andy Lack was perturbed that deputy, Noah Oppenheim, was away in North Korea when Megyn Kelly went live with her tirade against Jane Fonda 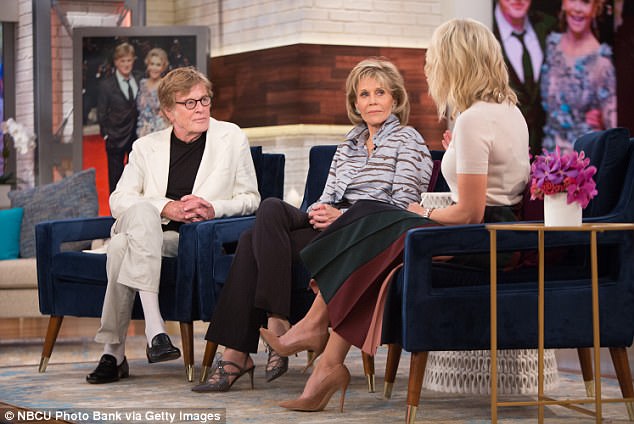 Execs were privy to Kelly’s plans for the segment, according to multiple sources, but were not able to review the script. Kelly was said to have wrote the script, herself, over the weekend, according to the Hollywood Reporter.

Oppenheim was away in North Korea, working with Lester Holt of ‘Nightly News,’ and was unable to look over the struggling show’s script for that day. North Korean media outlets reported that he arrived on Saturday.

‘There was no meaningful executive review of Megyn’s script,’ an NBC insider explained to Fox News.  ‘She went rogue.’ 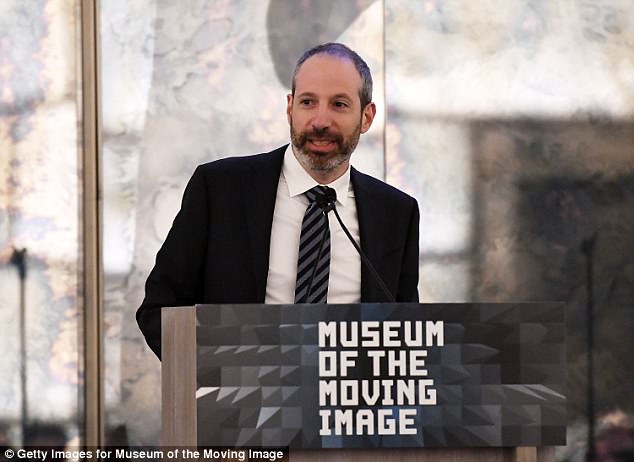 Oppenheim was away in North Korea, working with Lester Holt of ‘Nightly News,’ and was unable to look over the struggling show’s script for that day

When Fonda appeared on the Today show on January 16 with Lily Tomlin, the two shared a witty exchange where Tomlin shared that they had been friends before the star’s ‘first face-lift.’ Fonda responded: ‘We don’t need to hear that. Who are you, Megyn Kelly?’ 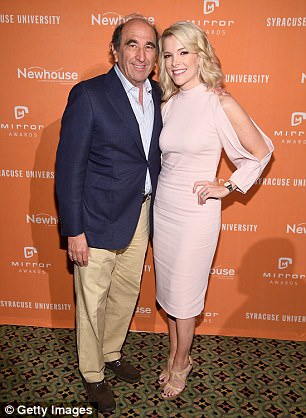 And while Kelly’s planned attack on Fonda included producers airing photos of Fonda in Vietnam and of her discussing her plastic surgery, Andy Lack was still not aware of he extent at which she would rant

In an interview with Variety, Fonda also was said to have said that Kelly was ‘not that good an interviewer.’

In her monologue, Kelly called Fonda ‘a woman whose name is synonymous with outrage’ highlighting her infamous Vietnam War nickname ‘Hanoi Jane’ from when Fonda was photographed on an anti-aircraft gun used against Americans in 1972.

Fonda has long since apologized for the incident but that didn’t stop Kelly from dusting off the cobwebs to bring up old news.

What followed were a slue of critiques from multiple celebrities and journalist who felt that Kelly was letting her embarrassment and personal feelings interfere with her professionalism.

Many within NBC were ‘stunned’ by the way in which Kelly handled the Fonda debacle.

And while Kelly’s planned attack on Fonda included producers airing photos of Fonda in Vietnam and of her discussing her plastic surgery, Andy Lack was still not aware of he extent at which she would rant. 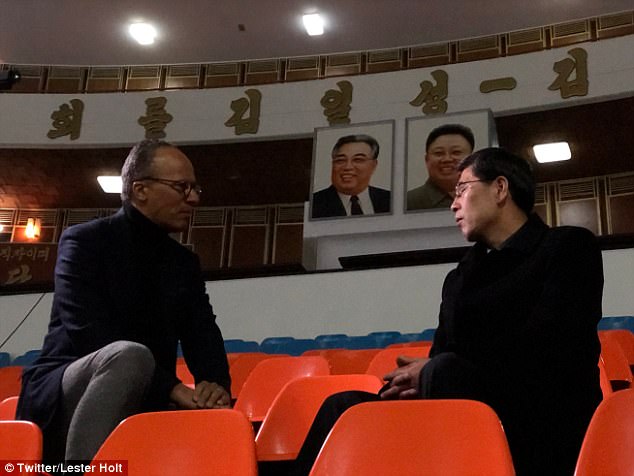 Lack was unaware by the extent at which Kelly would rant and was also bothered by Lester Holt’s Korea coverage, calling Oppenheim back early to New York

NBC sources told Fox News that he was not amused with the tirade and that he was also displeased with Holt’s North Korea coverage.

He even recalled Oppenheim and his team back to New York, cutting short their Korean stint.

‘NBC brass needs to better figure out how to utilize Kelly, and then insist she get with the system.’

When contacted by Fox, an NBC spokesperson was said to have said: ‘Not a single story you’ve written about the internal workings of NBC News has been accurate, and neither is this one.’

Jane Fonda was one of the most public faces in the anti-war movement throughout the years that the United States was in Vietnam, but drew the outrage of many in 1972 when she traveled to Hanoi in North Vietnam.

After touring the area and being heavily photographed with the forces that the US were fighting, Fonda publicly attacked her country for bombing farmland and destroying the dyke system which was crucial to feeding much of the population.

The United States denied ever carrying out such an action.

It was the photograph of Fonda on an antiaircraft gun that would have been used to shoot down and destroy American planes before taking any surviving servicemen captives as POWs that truly angered millions, and is still a great source of outrage for some veterans. 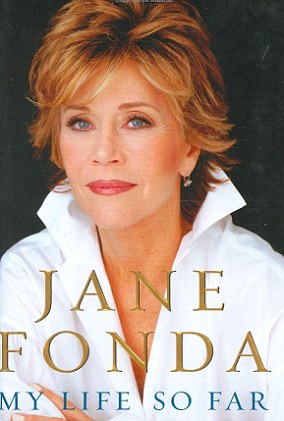 Fonda recounted the trip in her memoir

Congress later held hearings to decide if Fonda should be punished for her actions, with many calling her trip an act of treason and the actress a traitor.

At the same time, false reports began to surface also claiming that Fonda spoke with POWs in North Vietnam and relayed the information they shared with her to enemy troops.

Fonda wrote about the infamous antiaircraft gun photo in her 2005 memoir My Life So Far.

‘Someone (I don’t remember who) leads me toward the gun, and I sit down, still laughing, still applauding. It all has nothing to do with where I am sitting. I hardly even think about where I am sitting,’ said Fonda.

‘The cameras flash. I get up, and as I start to walk back to the car with the translator, the implication of what has just happened hits me. Oh, my God. It’s going to look like I was trying to shoot down U.S. planes! I plead with him, You have to be sure those photographs are not published. Please, you can’t let them be published.’

She went on to write: ‘I am assured it will be taken care of. I don’t know what else to do. It is possible that the Vietnamese had it all planned. I will never know. If they did, can I really blame them? The buck stops here.

‘If I was used, I allowed it to happen. It was my mistake, and I have paid and continue to pay a heavy price for it.’