A paratrooper in charge of the British Army’s elite rapid reaction force has been suspended for allegedly hosting a 15-officer party during lockdown.

Colonel Andrew Jackson, deputy commander of 16 Air Assault Brigade, is accused of flouting a ban that he was meant to help enforce at Merville Barracks.

The 51-year-old is now facing a Royal Military Police probe for flouting the lockdown he was supposed to enforce at the 12,000-strong Colchester base.

Colonel Andrew Jackson, deputy commander of 16 Air Assault Brigade, is accused of flouting a ban that he was meant to help enforce (pictured, during D-Day commemorations in 2019)

Sources claim he secretly opened up a bar inside 2 Para’s officers’ mess last Thursday and was joined by up to 15 officers.

According to The Sun, the officers are believed to have ranked from a lieutenant to a major who all thought they had slipped back into their quarters unnoticed.

The lockdown flouters, who were barred from drinking together during the pandemic, are thought to have been reported by a civilian contractor. 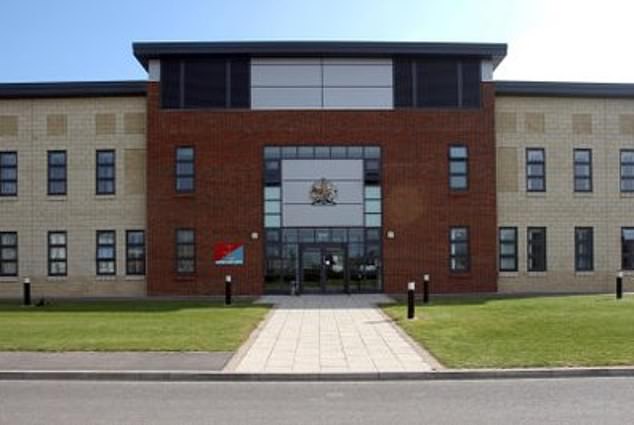 The 51-year-old is now facing a Royal Military Police probe for flouting the lockdown he was supposed to enforce at the 12,000-strong Merville Barracks

An insider told The Sun: ‘About ten to 15 of them – all senior, all leaders – had a big drink late into the night, while everyone else was sticking to rules.

‘You can’t enforce the rules if you’re seen breaking them.’

An Army spokesman said: ‘We expect the highest standards from our Armed Forces and are proud of their work in response to coronavirus. This was a serious breach of social distancing guidance. A full investigation is now taking place.’

16 Air Assault Brigade, specially trained and equipped to deploy by parachute, helicopter and air-landing, help to maintain the Air Assault Task Force, a battlegroup held at high readiness to deploy for non-combatant missions and fighting.

The Brigade’s soldiers have recently deployed multiple times on operations in Afghanistan and Iraq as well as supporting civilian authorities in Britain.