Top scientist urges women in their 30s to freeze eggs

A scientist and broadcaster told how she had frozen her eggs ‘to side-step her biological clock’ – and urged other women in their 30s to consider doing the same.

Dr Emily Grossman said freezing her eggs at 38 has given her a chance of motherhood when she is ready.

Dr Grossman, a television presenter with a top degree from Cambridge University, revealed her move at the British Science Festival in Brighton yesterday.

She said: ‘I strongly believe that all women in their mid to late 30s should be made aware of the risks of waiting too long to try for a family … and, more importantly, that there’s no shame in freezing your eggs.

‘I think perhaps some women see egg freezing as admitting defeat – admitting that they haven’t managed to do it the natural way.

‘Thanks to modern science we have the opportunity to take a look at our biological clocks and side-step them for long enough to give ourselves a chance of motherhood that otherwise might not have been possible.’

Explaining the highly personal decision, she said: ‘There’s nothing to be ashamed of in freezing your eggs and admitting … you have not had the opportunity to have a child and you want to do something about it.

‘I want every woman in their mid to late 30s to know she has options.’ 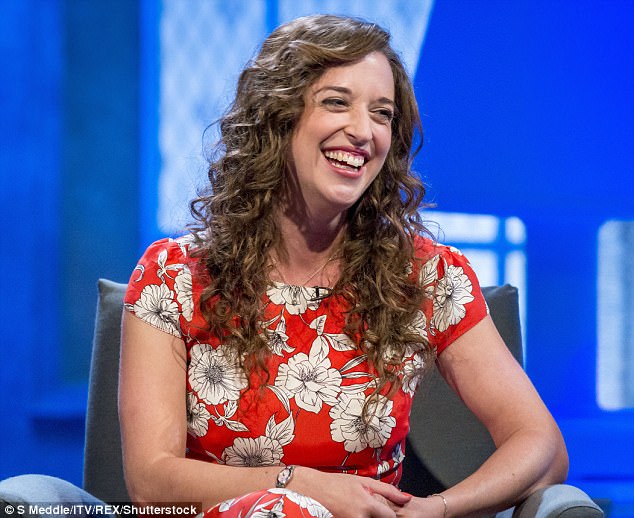 Dr Grossman (pictured), a television presenter with a top degree from Cambridge University, revealed her move at the British Science Festival in Brighton yesterday

This typically costs around £9,000-£12,000 depending on the clinic. Dr Grossman has partly paid for the cost of the procedure herself, and with the help of her father, who sees it as ‘investing in his grandchildren.’ Her mother has also contributed funds.

She said she was inspired after attending a talk at the Cheltenham Science Festival two years ago, in which fertility experts Dr Allan Pacey, of the University of Sheffield and Dr Gillian Lockwood, the medical director of Midland Fertility Services, warned how women’s fertility dropped from their late 30s and some found it impossible to conceive at all.

Dr Grossman said: ‘From the age of about 36 the pressure I felt to have a child began to get really intense.

‘I was scared that it would get too late and I’d lose the opportunity … So when I reached 38, I decided to freeze my eggs.’

How the procedure works

Women are said to be receiving the procedure as a gift, aimed at preserving good-quality eggs at a younger age.

It means they are less likely to be let down by older, less effective eggs, if they decide to start a family later in life.

Instead of the one egg released naturally every month, often as many as 15 are collected under sedation or anaesthetic.

It can cost up to £400 a year to store the eggs, some of which will not survive when they are later thawed. The standard period to store them is for ten years, although some women are given the option to keep them for up to 55 years.

But official figures show only around 15 per cent of IVF cycles using frozen eggs are successful – and just 60 babies have been born from frozen eggs since 2001.

While egg freezing may offer another chance at motherhood, it is not guaranteed to work. Some experts and official figures put the chances of having a baby successfully with a frozen egg at as low as 15 per cent. But earlier this year a Daily Mail investigation found some clinics have claimed the success rate is as high as 65 per cent, leading to accusations they are peddling false hope.

Dr Grossman said: ‘I’m fully aware that the success rates for IVF from frozen eggs is quite low, so having this done absolutely doesn’t replace the urgency to conceive naturally at my age.’

She has been told her chances to have a successful birth are between 20 to 30 per cent and hopes that to conceive naturally – but will have the option of using the frozen eggs if she is unable to.

Dr Grossman said: ‘This is not an alternative to doing everything you can to starting a family naturally.’