Man, 23, is arrested after ‘dumping buckets of FECES on students at two college campuses in Toronto in a matter of four days’

Toronto police have arrested a man they believe are behind a series ‘feces-dumping’ attacks on civilians.

Police arrested the 23-year-old suspect Samuel Opoku, of Toronto, around 6pm on Tuesday evening after police circulated surveillance photos of him and pleaded for help from the public in identifying him.

The man is believed to have launched three bizarre attacks where he dumped a bucket of liquid fecal matter on five unsuspecting victims, all in a matter of four days.

‘We thank the community for their help and their support with this investigation,’ Constable Alex Li said to CP24. ‘It is quite disturbing, but our team has put all our resources together and thankfully we’ve made an arrest on an individual and that person is going to answer to the charges in court tomorrow.’

Toronto police arrested Samuel Opoku, 23, in connection to a series of feces-dumping attacks on civilians on Tuesday night. On Monday police shared surveillance footage stills (above) of their feces-dumping suspect 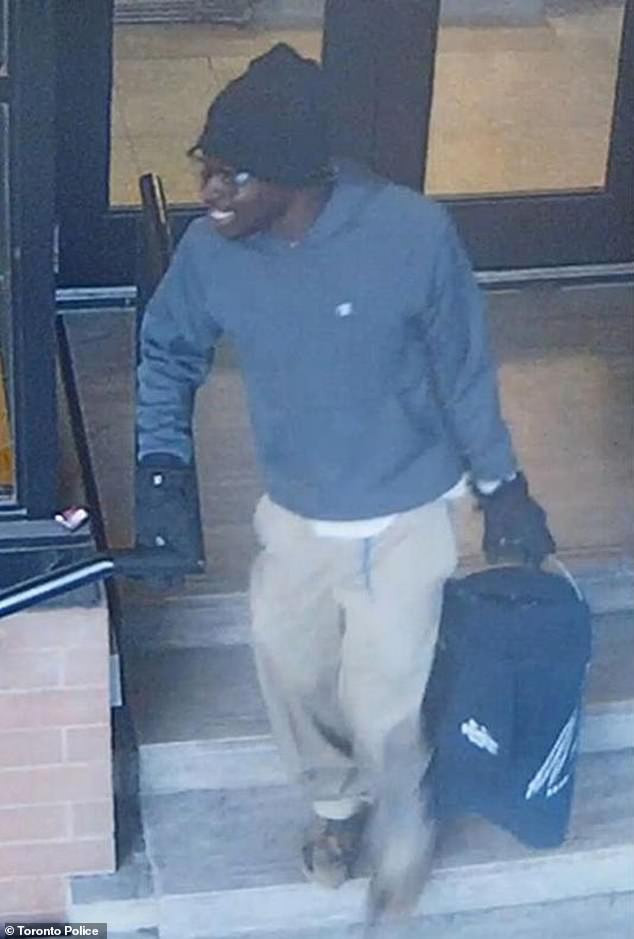 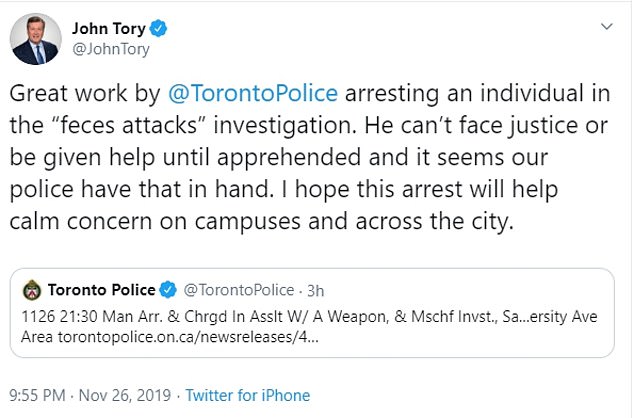 The latest attack was on Monday night where he allegedly targeted a female outside of a University of Toronto building.

The feces thrower first struck on Friday after entering the John P. Robarts Research Library on the University of Toronto campus around 5.20pm.

He allegedly walked over towards two people seated at a table and poured the bucket of liquefied fecal matter on those individuals.

The suspect struck again on Sunday after entering the Scott Library on the York University’s Keele campus around 5pm and he ‘deposited a substance, suspected of containing fecal matter’ on a woman and man.

Police released surveillance camera images of the suspect in the York incident on Monday evening where he’s pictured smiling and carrying a bucket with a handle. 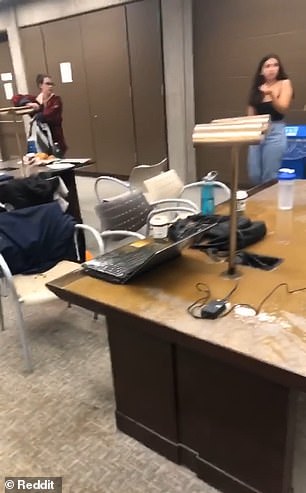 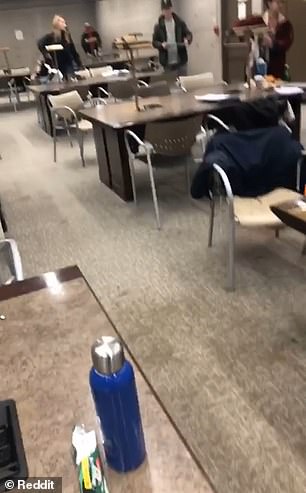 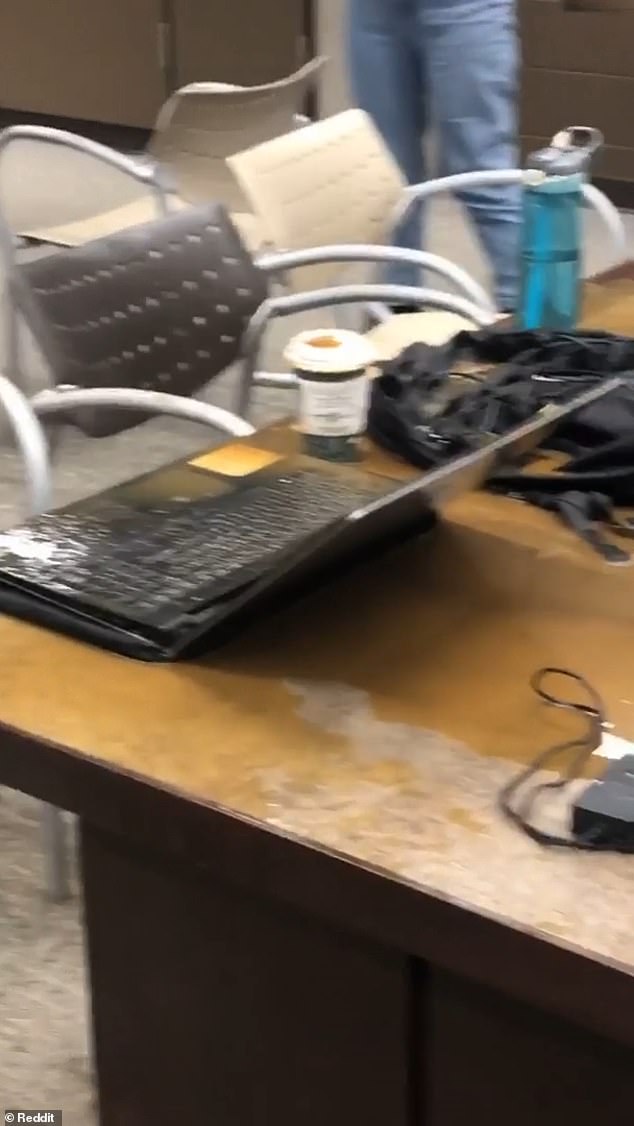 In a grab from the incident what appears to be liquid feces can be seen spread over a student’s laptop, headphones and coffee cup

Officials haven’t confirmed if its human waste that was thrown at the five victims in the three incidents. The bucket that was seized last night will be forensically tested.

Authorities believe the victims were targeted at random.

‘(The victims) were Asian, however, we don’t think that might be the connection because we have different parts of Asia in there. We have some from the west side, some from the east side,’ Const. Victor Kwong said.

Officials do not have a motive behind the fecal matter attacks, and Constable Li says it’s too early to say whether mental health was a factor in the incidents.

Mayor John Tory praised the arrest on Tuesday night tweeting: ‘Great work by Toronto Police arresting an individual in the “feces attacks” investigation. He can’t face justice or be given help until apprehended and it seems our police have that in hand. I hope this arrest will help calm concern on campuses and across the city.’

Opoku is scheduled to appear at 10am in court tomorrow.