A man has been charged with attempted murder after a police officer was stabbed during a welfare check on the Victorian coast.

The senior constable was stabbed about 4.30pm on Monday at a home on Golden Beach Way at Torquay, after the man allegedly rushed at the attending officers with a knife.

Pepper spray was used to subdue him but an officer was stabbed a number of times, Victoria Police allege.

The 49-year-old, from Torquay, was also charged with assaulting an emergency service worker on duty.

The police officer was allegedly stabbed during a welfare check at Torquay, on the Victorian coastline 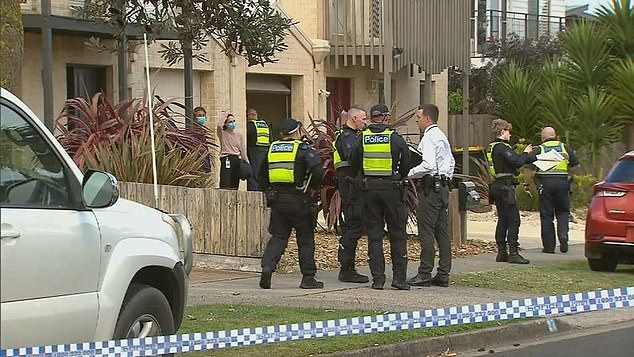 Pepper spray was used to subdue him but an officer was stabbed a number of times, Victoria Police allege

‘Three people have been taken to a Geelong hospital in a stable condition.’

He was remanded in custody to appear in Geelong Magistrates Court on Tuesday.

The police officer remains in hospital with serious but non-life-threatening injuries.

Torquay has the highest criminal rate in the Surf Coast region of the state, with 428 criminal incidents in 2022. 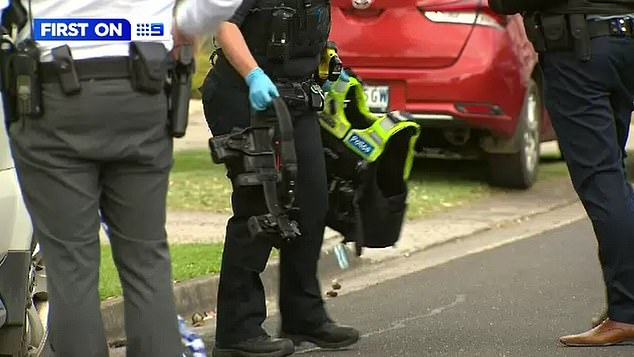 Torquay has the highest criminal rate in the Surf Coast region of the state, with 428 criminal incidents in 2022.  Above, officers carry a police vest away from the scene

Despite its high crime rate, the suburb seems to becoming safer with a drop in offences from 500 criminal incidents recorded last year.

Yet, it still has a significantly higher crime rate than other suburbs in the region with the second ranking suburb recording 113 criminal incidents this year.