A Eurosceptic Tory has said the party should do a deal with Nigel Farage if the current deadlock over quitting the EU results in a general election, warning that ‘otherwise Brexit doesn’t happen’.

Crispin Blunt said that the Conservatives must make an ‘accommodation’ with the Brexit Party but stopped short of calling for a full coalition.

He suggested they try to do a deal where the new anti-EU party ‘runs in the seats that we don’t hold’, in an interview on the BBC’s Newsnight.

The Reigate MP, 58, also said that Theresa May has to step down as party leader before the conference in the autumn.

He told the programme: ‘I cannot imagine for one minute that Theresa May is going to want to go to the next Conservative party conference in October and address it as leader.

‘I accept of course we’re in deep trouble and deep difficulty. But if we, under a new leader, reinvent ourselves properly as a Brexit party, we will be faced with the inevitability at some point of a general election in order to deliver Brexit because this Parliament is stopping the delivery of Brexit.

‘And this is where in my judgement we are going to have to come to an accommodation with the Brexit Party.

‘The Conservatives as a Brexit party, being very clear about their objectives are almost certainly going to have to go into some kind of electoral arrangement with the Brexit Party, otherwise Brexit doesn’t happen.’ 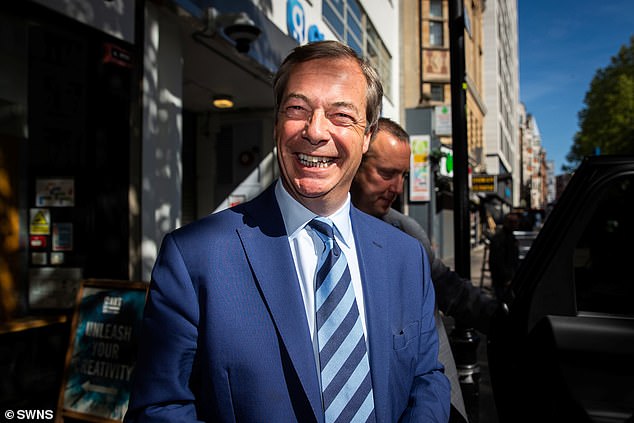 Mr Farage leaving LBC radio in London today. His party is the runaway leader in the polls, with voters expected to vent their fury at both the Conservatives and Labour over Brexit

His intervention came as the Tories languished fifth in the polls ahead of the European elections next week.

Mr Farage’s party is the runaway leader in the polls, with voters expected to vent their fury at both the Conservatives and Labour over their Brexit views and actions.

It is on for a predicted 34 per cent of the vote on May 23 – but Theresa May’s Conservatives are heading for just 10 per cent, a new YouGov survey has found.

He has demanded a say in Brexit negotiations if his party performs well on May 23.

Mr Farage revealed yesterday he will stand to be an MP – calling it ‘his duty’ – as his Brexit Party looks set to thrash the Tories into fifth place in the upcoming EU elections.

Responding to that comment, Mr Blunt said: ‘Nigel Farage said he would do a deal with the devil to get Brexit over the line; the Conservative party is very far from being the devil in this.

‘Eighty per cent of the membership of the Conservative Party are very keen to make sure that Brexit happens, we’ll be in a position to enthusiastically support leaving the EU with no deal and if we are then able to agree a position to put to the country, I think we would hit the ball out of the park.’ 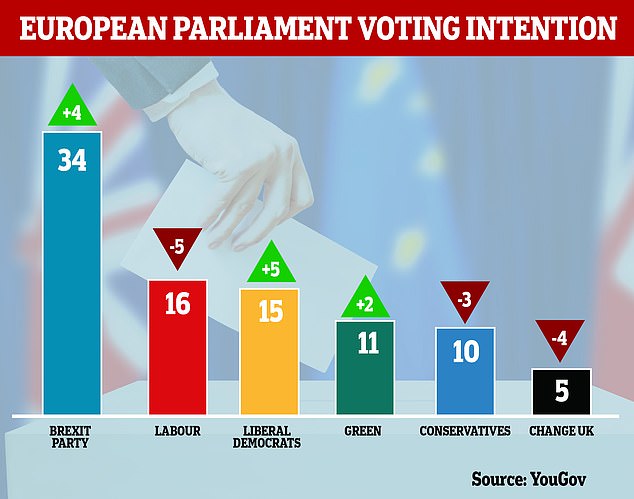 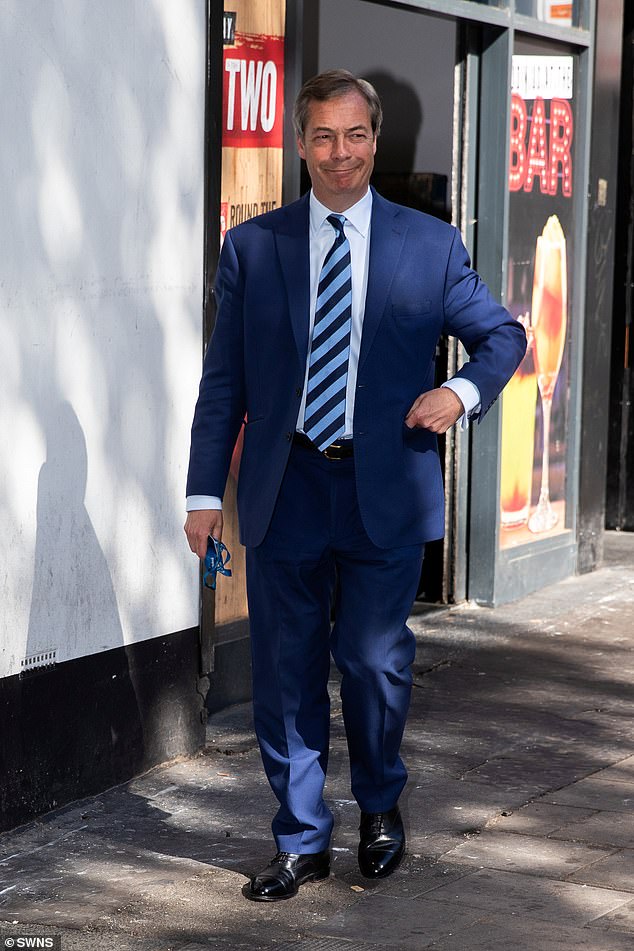 Mr Farage revealed yesterday he will stand to be an MP – calling it ‘his duty’. He has demanded a say in Brexit negotiations if his party performs well in Euro elections on May 23. 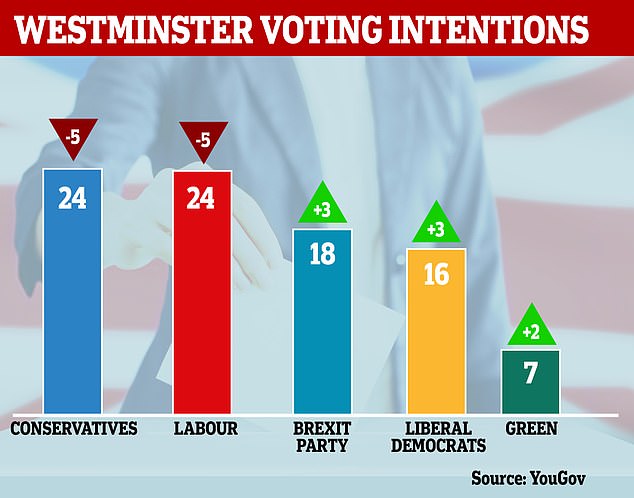 A group of 13 former ministers and senior Tories has written to Mrs May, saying she will lose the ‘loyal middle’ of her party if she strikes a deal with Labour.

The letter, signed by Boris Johnson, Dominic Raab, Esther McVey and chairman of the 1922 committee Sir Graham Brady, warned of the risk of a ‘democratic deficit’ if a backroom deal with the opposition is hatched.

It is also implicit that the rebel group, made up of leadership contenders, would try tear up any soft Brexit agreement with Labour once Mrs May resigns.

Former Defence Secretary Sir Michael Fallon, who also signed the note, said today he would rather stay in the EU than sign up to the customs union after Brexit – and urged the Prime Minister to sack off talks with Mr Corbyn now.

He said: ‘The talks clearly aren’t getting anywhere. It’s a blind alley. It’s far better to concentrate on the arrangements in Northern Ireland, the one thing there is a majority for. If a [Labour] deal is going to include a permanent customs union then frankly we are better off staying in the EU because at least then we’d have a voice. We can’t say we are leaving then half-stay in it’.