Tory MPs should keep Theresa May as leader for the best chance of defeating Jeremy Corbyn – and leave Boris Johnson on the backbenches, an exclusive new poll has concluded.

Asked if they preferred a Conservative Government with Mrs May as Prime Minister or Labour with Mr Corbyn in No 10, voters backed the Tory leader by 54 per cent to 46 per cent.

But given a choice between Mr Johnson and Mr Corbyn, the result was a dead heat – 50-50. 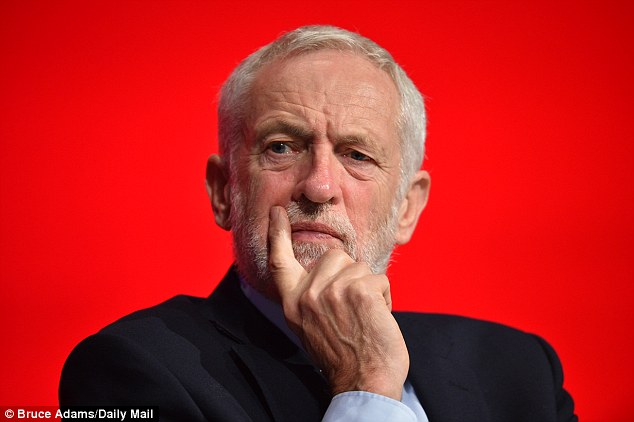 Given a choice between Mr Johnson and Mr Corbyn, the result was a dead heat – 50-50

The research, conducted by former Conservative deputy chairman Lord Ashcroft, comes at the start of the Tory Party conference in Birmingham.

The gathering is set to be dominated by Brexit following Mr Johnson’s demand last week that Mrs May ‘chucks’ her Chequers proposal.

On Friday, Mr Johnson wrote a newspaper article condemning her plan, branding it ‘a moral and intellectual humiliation for this country’ that would ‘cheat the electorate’.

Most Tory MPs now privately expect Mrs May to step down as leader before the next Election, but are hopelessly divided over who should succeed her.

Lord Ashcroft’s research backs Mrs May’s often-mocked refrain that ‘no deal is better than a bad deal’, with four in ten voters saying they want a hard Brexit, handing the UK complete control over borders, laws and the ability to strike free-trade deals with the rest of the world – rather than see the Prime Minister broker further compromises with Brussels.

That compares with 31 per cent who want a second referendum – including the option of stopping Brexit – while 17 per cent would prefer a soft Brexit, with the UK remaining in the Single Market or Customs Union.

Tory delegates arriving in Birmingham have been unnerved by Labour’s unusually slick and upbeat conference in Liverpool last week, with Mr Corbyn and his Shadow Chancellor John McDonnell presenting a series of popular ‘soak the rich’ policies such as taxing second homes.

Lord Ashcroft’s polling offers the Tories little comfort as it shows the most important issues to voters are those focused on by Mr Corbyn. When asked to rank the subjects most important to ‘me and my family’, the top concern was the cost of living, followed by the NHS.

Brexit was only the third most important issue, despite it consuming most of the energies of the May administration.

Theresa May arriving at the Tory Party conference in Birmingham. The gathering is set to be dominated by Brexit

When asked which party did most to ‘help ordinary people get on in life’, Labour held a lead of 24 percentage points.

Lord Ashcroft concludes that Mrs May will struggle to win a commanding lead over Labour because many of the poorer voters who back her determination to push through with Brexit had been alienated by Conservatives’ public spending cuts – which Mr Corbyn has exploited by pledging to reverse.

Writing in today’s Mail on Sunday, Lord Ashcroft says: ‘This is why Mrs May found it impossible to achieve a majority in last year’s snap Election.’

He added: ‘It is also why, in the event of a parliamentary impasse over the Brexit deal, she would be unwise to expect a better outcome from a new Election than she got from the last one.’

On Brexit, Lord Ashcroft – whose 10,000-plus sample size is more than four times larger than a typical opinion poll – found that voters appear to be losing confidence in the Prime Minister’s ability to negotiate a good deal. 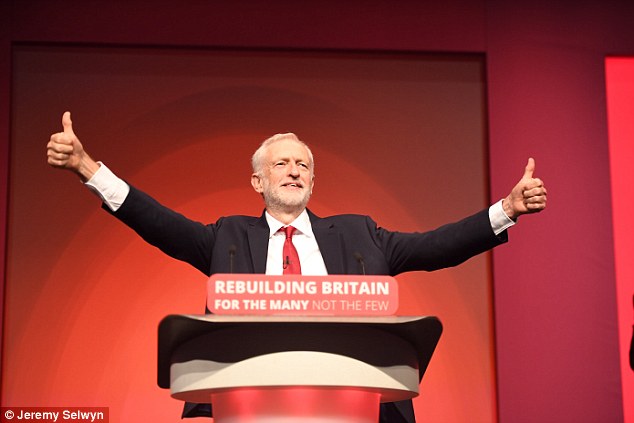 Part of the reason is that the EU is widely perceived to hold the whip hand in the negotiations, with 53 per cent of voters regarding the EU as stronger. Just 13 per cent believe the UK is stronger.

There was significant support for the idea that the best way for Mrs May to get the best deal was for her to ‘stand up to Brussels’.

A total of 40 per cent think she should threaten to walk away without a deal, compared with 28 per cent who want her to seek more compromises.

And despite growing concern within Government over the consequences of a no deal, only one third of voters believe it will lead to major disruption and shortages.

Lord Ashcroft also found that most of those in his focus groups had little idea about the details of Mrs May’s Chequers plan, other than it had prompted Foreign Secretary Boris Johnson and Brexit Secretary David Davis to resign.

One member said: ‘You get the feeling it’s draft one, and draft two is going to follow.’