Remain Tories warned their colleagues today Labour’s policy shift on the single market meant their ‘hard Brexit’ plan was going ‘down the pan’.

After months of hesitation, the Opposition yesterday moved decisively to back continued single market membership during a transition to Brexit.

The decision would likely mean Britain accepting free movement rules and paying into the EU budget until 2022 – ideas loathed by Brexit supporters.

But after Theresa May’s election disaster left her without an outright majority a handful of pro-Remain Tories have the power to join forces with Labour, the SNP and others to block a hard Brexit.

Anna Soubry, Conservative MP for Broxtowe, said that Labour’s shift would be troubling for right wing colleagues on her side (file image)

Anna Soubry, Conservative MP for Broxtowe, said that Labour’s shift would be troubling for right wing colleagues on her side.

She told The Times: ‘If you were a hard Brexiteer you would be very, very nervous because the arguments are shifting.

‘You can see that your hard Brexit is going down the pan.’

Ms Soubry played down the prospect of her voting against the Government.

Another leading Tory Remainer told the paper: ‘There’s no doubt this gives us leverage. The parliamentary consensus is moving and May’s best hope is to move too.’

As face to face talks resumed in Brussels, it emerged the French may be about to lead a rebellion against Brussels

Documents seen by the The Daily Telegraph show French plans for a transition under which the UK would be bound by EU law for two or three years and pay €10 billion for that time. 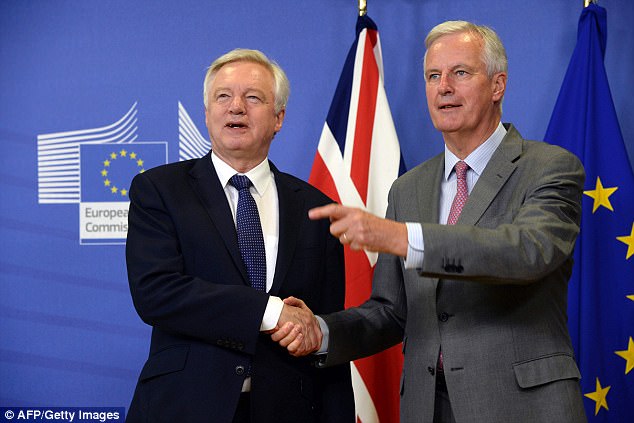 Charles Grant, director of the Centre for European Reform, told the paper: ‘Many top officials in the EU and governments would welcome an offer of €10 billion a year for three years as part of a transitional deal that would move the talks forward.

‘If the British . . . make a serious offer on the money . . . they will not only put the EU on the defensive, they will also expose divisions on how to respond to the money deadlock.’ 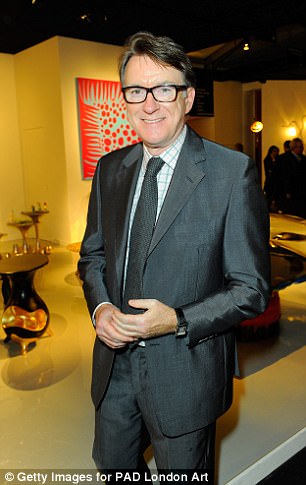 Former European commissioner Lord Mandelson told the Financial Times that Labour had ‘done Parliament and the public a big favour’ by giving opponents of a hard Brexit an opportunity to unite around measures to delay departure from the single market until the shape of the new relationship becomes clear.

Mr Davis is expected to use this week’s round of meetings to push EU chief negotiator Michel Barnier to show ‘flexibility and imagination’ to speed up the negotiation process.

Mr Davis is frustrated at Barnier’s insistence that progress must be made on fixing the UK’s ‘divorce’ bill before moving on to talks on future trade. He believes a series of papers produced by his Department for Exiting the EU over the past fortnight have proved that the two issues are inextricably linked.

Meanwhile, Brussels is understood to be infuriated at Britain’s refusal even to spell out how it thinks its liabilities to the EU should be calculated, let alone put a figure on the final bill, variously estimated at between £50 billion and £80 billion.

Mr Davis’s bargaining hand may have been weakened by Labour’s move, which raises the prospect of possible setbacks for the Government in votes on the EU Withdrawal Bill when MPs return to Westminster in September.