Mourinho moves the goalposts! Tottenham boss reveals on Instagram that he had to get UEFA delegates to switch out goals after it was revealed they were 5cm SHORT ahead of their Europa League clash against KF Shkendija

Jose Mourinho was caught short on Thursday as he found the goalposts were five centimetres too low before his Tottenham side’s 3-1 Europa League win over KF Shkendija of North Macedonia.

The goalkeepers noticed the flaw in the warm-up and alerted Mourinho, who said: ‘I am not a goalkeeper but when I spread my arms, I can tell the difference.

‘The goalkeepers live in the goals and they know. We got the UEFA delegate to confirm, and it was five centimetres smaller and we demanded for the goals to be replaced with goals of the right dimension.’ 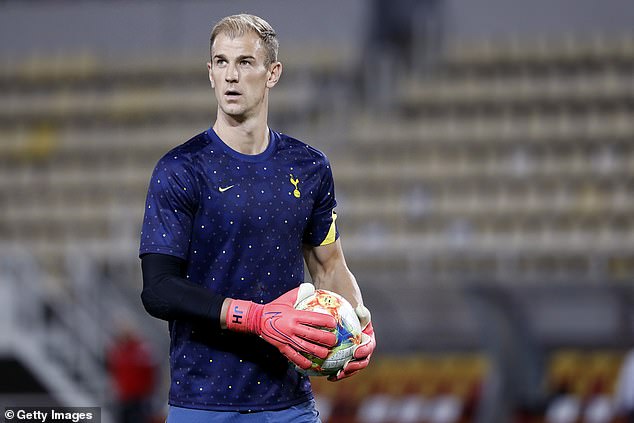 Both sets of posts were removed by stadium staff and replaced by different ones which were the regulation height.

The game was taking place at the Tose Proeski Arena, the national stadium, in Skopje because Shkendija’s stadium does not meet UEFA’s requirements.

However, the goals at the national ground did not conform to FIFA’s regulations.

Shkendija insisted they were not aware of the incident and Spurs did not accuse their opponents of any wrong-doing.

Their rules state that goalposts should stand at 8ft but the original goals were 7ft 10in.

Mourinho, who is 5ft 9in, was able to laugh about the incident after the game and jokingly shared a photo of him reaching up to the crossbar on his Instagram page.

He wrote: ‘I thought I had grown then I realised the goal was 5 centimetres lower – Shkendija 1-3 @spursofficial.’

The manager also shared a picture of his 6ft1 in goalkeeper Hugo Lloris, who was an unused substitute with Joe Hart making his debut, reaching up to the post.

Goals from Erik Lamela, Son Heung-min and Harry Kane sealed victory for Spurs, who will host Maccabi Haifa in the final play-off round next Thursday. 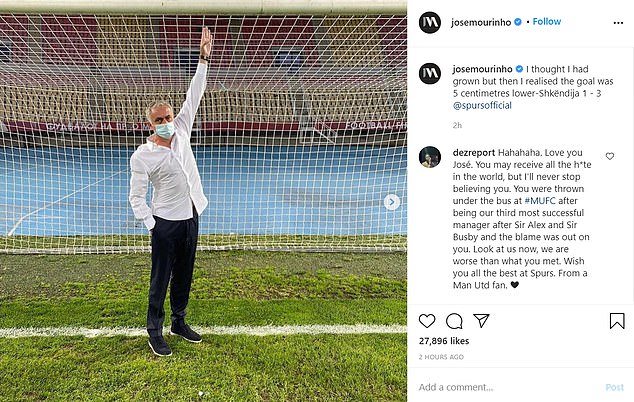 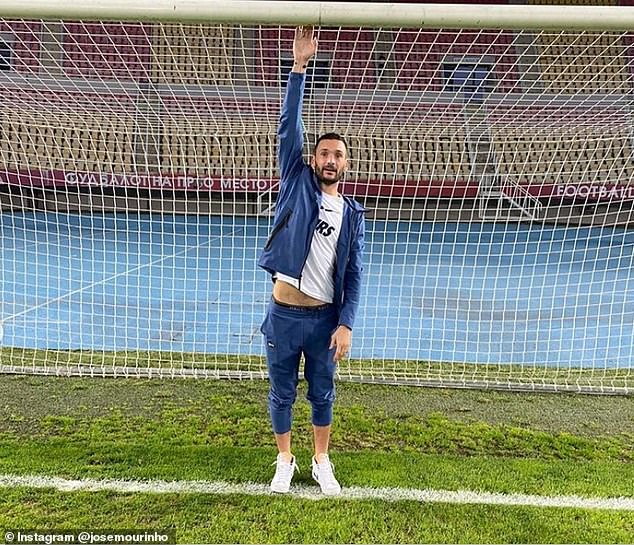 Mourinho also shared a photo of Hugo Lloris, who is 6ft1in, reaching up to the crossbar

Speaking about his side’s victory, Mourinho added: ‘We did just enough.’

‘We didn’t play magnificent. Just enough. And the players on the bench made a difference, gave us a different intensity.’ 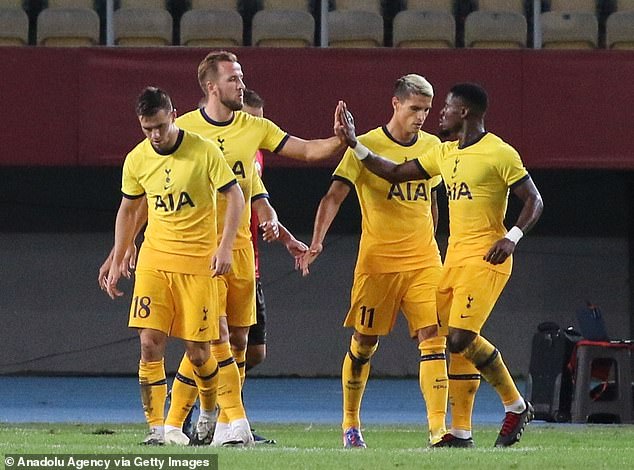