Mauricio Pochettino has refused to rule Harry Kane out of Sunday’s game against Chelsea.

The Spurs striker picked up an ankle ligament injury in the game against Bournemouth and he missed the 3-0 victory against Swansea prior to the international break. He was also absent from Gareth Southgate’s England squad as a result.

There were doubts he would recover before the game against Manchester City on April 14. 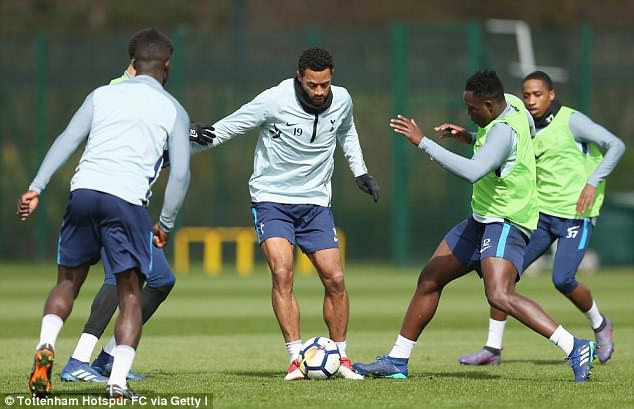 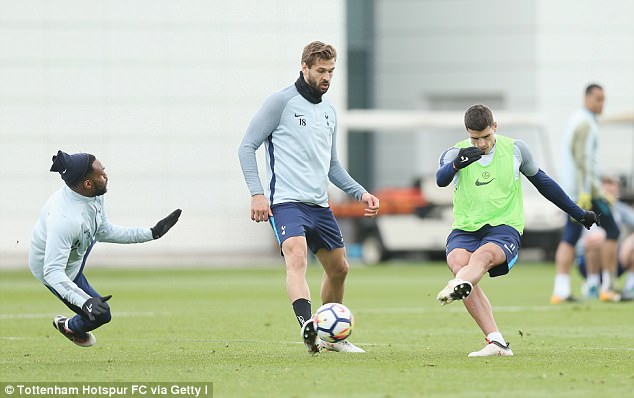 But the Argentinian suggested he could not be discounted entirely for a crucial game in the race for the Champions League places.

Pochettino said: ‘We need to assess him. He is very positive and he is doing very well. Every day he is improving. We need to assess in the next few days. It’s difficult now to say yes or no.

‘After Bournemouth everybody believed it would be a long period out, but the resolution has been fantastic.’

Pochettino also insisted Sunday’s game against Chelsea will not be a top-four decider.

Spurs go into the match at Stamford Bridge knowing that a win will put his side eight points clear of Chelsea, who are in fifth, in the Premier League and potentially end their push for the Champions League. 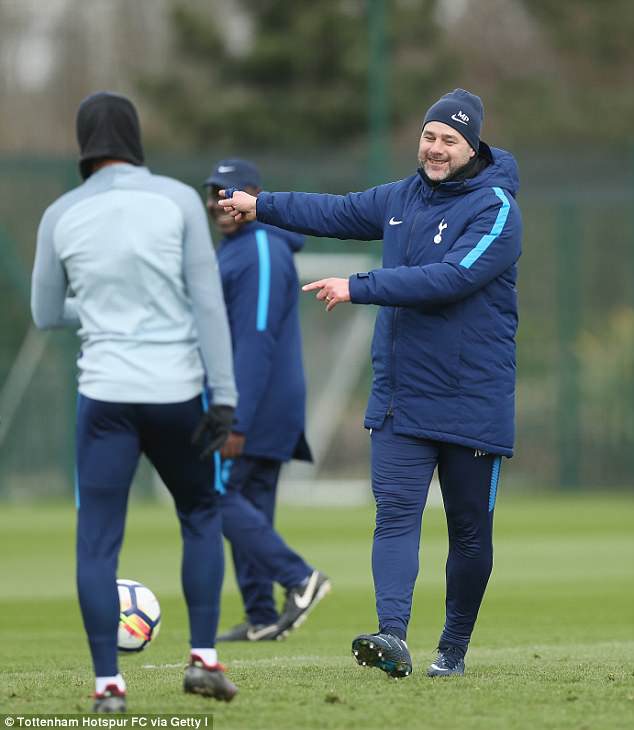 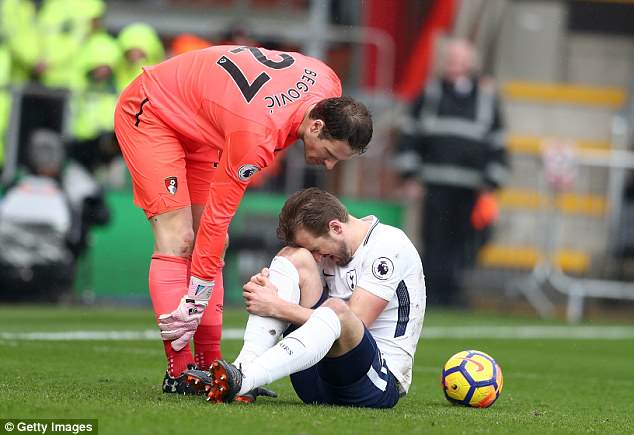 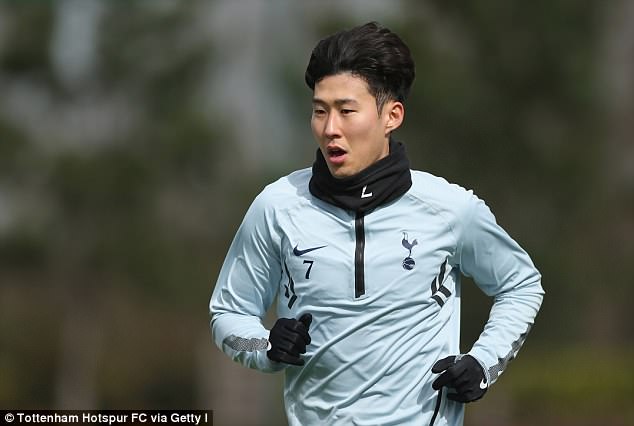 If Kane does not recover before Sunday, Son Heung-min will likely start up front for Tottenham 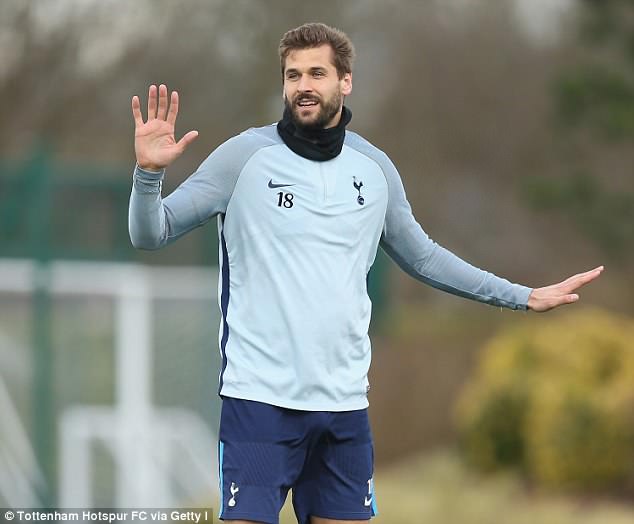 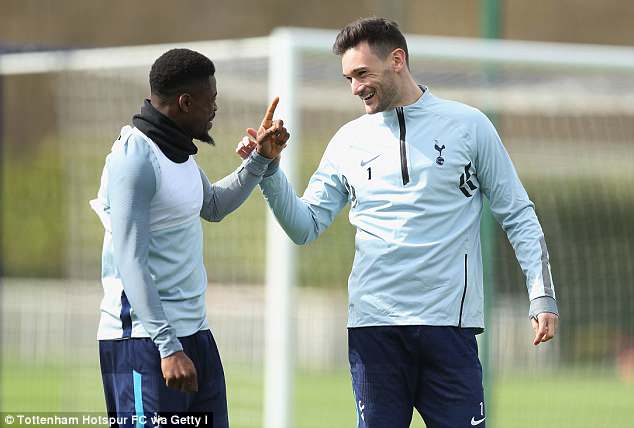 He has never beaten the Blues at their own ground as Spurs manager and admits three points would be a big result.

Pochettino said: ‘I think it’s always massive game because it’s a London derby, and always between Chelsea and Tottenham is there, and it will be a massive game for both teams.

‘When you pay this type of game, the pressure is for both teams. Of course there is still a lot of games to play this is not a final, this is not a decisive game, but always it is important for your confidence, your motivation, to win in Chelsea would be fantastic for everyone.

‘But for sure it will be a very tough game. They are a very good team, and always it is tough to compete with them.’

Over the last few seasons, the rivalry between Tottenham and Chelsea has grown in intensity. The infamous ‘Battle of the Bridge’ in 2016 broke down and ended in scuffles as Spurs missed out on the Premier League title.

And Pochettino now believes it is comparable with the north London derby.

He said: ‘I think to compare with Arsenal, it is similar in everything. Arsenal and Chelsea always are tough games, because they are derbies, and for me it is a similar type of opponent for the fans it is so important. But for us, three points for us will be fantastic.’ 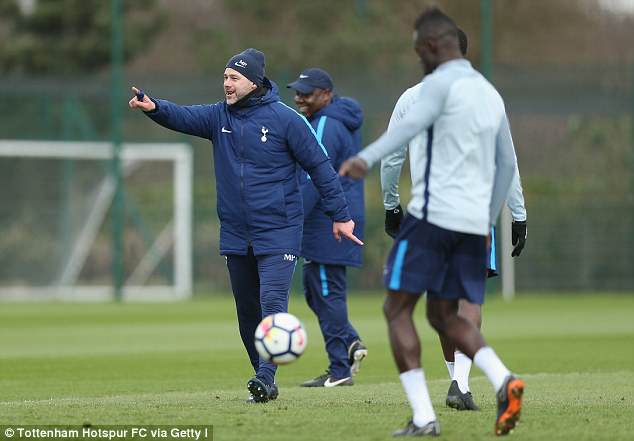 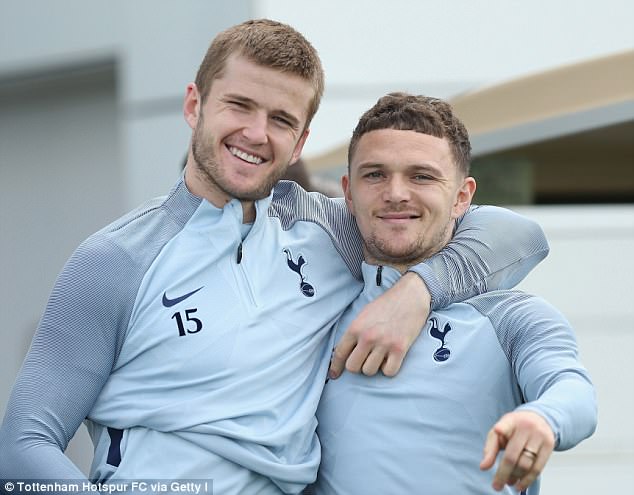 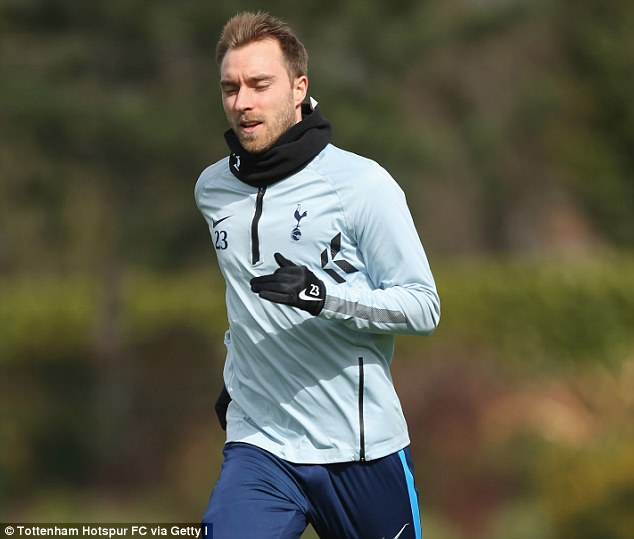