By Simon Jones and Sam Blitz For Mailonline

Tottenham are in talks Swansea City for defender Joe Rodon, who is valued by the Championship club at £18million.

However, the Premier League side have submitted a £7million bid for the 22-year-old defender and talks are ongoing between the two clubs.

Tottenham have bid £7million for Swansea City defender Joe Rodon, who is rated at £18million 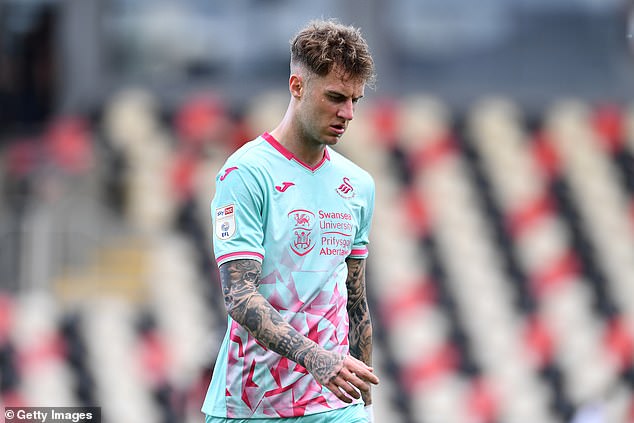 Rodon is expected to feature in Ryan Giggs’ squad in the upcoming international break and could play against his potential new team-mates on Thursday night when Wales take on England.

The centre-back is a product of the Swansea academy and broke into the first-team in 2018. He has since made 49 appearances in all competitions for the Swans, with all of them coming while Swansea were in the second tier.

He was called up to the senior Wales squad for the first time in 2018 though did not make his appearance until a year later – with his international bow coming in a Euro 2020 qualifier against Azerbaijian. 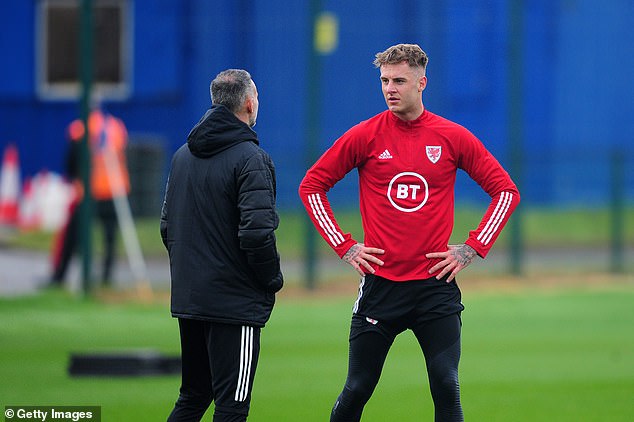 Spurs boss Mourinho has been keen to add a new centre-back this window, with the north London side linked with Inter Milan’s Milan Skriniar and John Stones of Manchester City.

Eric Dier and Davinson Sanchez started Tottenham’s shocking 6-1 win away at Manchester United on Sunday, while Toby Aldeweireld and Japhet Tanganga are back-up options for Mourinho.

The Portuguese coach has already brought in defensive reinforcements in Matt Doherty from Wolves and Real Madrid’s Sergi Reguilon. 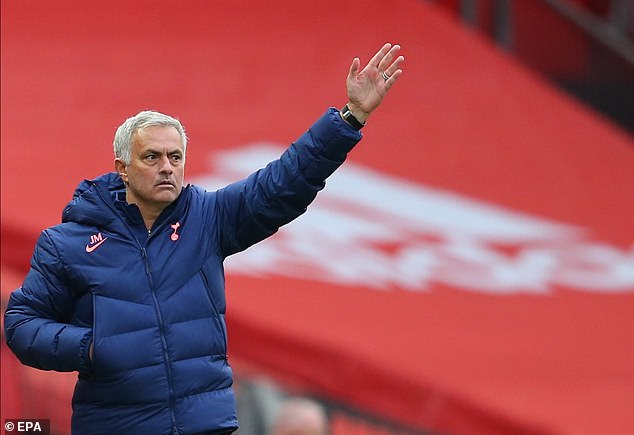 Further up the field, Spurs have brought in ex-Southampton midfielder Pierre-Emile Hojbjerg, Benfica striker Carlos Vinicius on loan and Madrid winger Gareth Bale in a sensational return for the Wales winger.