Tottenham are ready to listen to offers for record signing Tanguy Ndombele a year after paying £54million for the France star.

The midfielder was the major signing of Mauricio Pochettino’s final summer at Tottenham but failed to impress and was ultimately sidelined when Jose Mourinho took over.

Now Sportsmail understands that Mourinho is keen to sell the 23-year-old if a buyer can be found. The Spurs manager does not believe Ndombele has adapted to the demands of the Premier League and, more importantly, has doubts over his willingness to learn.

It remains to be seen if Spurs can find a club willing to pay enough for them to recoup a significant chunk of last summer’s fee.

That could stand in the way of a deal, particularly as the club try to come to terms with the financial problems caused by the pandemic.

Ndombele is quarantining in France after testing positive.

Mourinho will not exclude him from his plans when he returns but the player will be available until the closure of the transfer window on October 5. 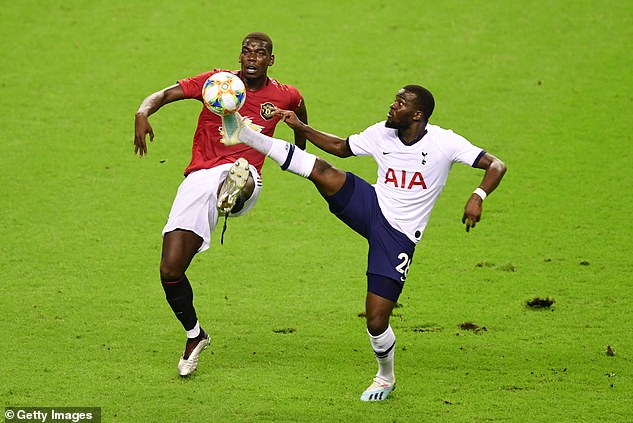 Mourinho is also happy to let full back Serge Aurier go after the purchase of Matt Doherty from Wolves, and there has been interest from abroad in Argentine central defender Juan Foyth.

In terms of signings, Spurs’s priority is a centre forward as back-up for Harry Kane.

Mourinho gave thought to Almeria’s Darwin Nunez but decided not to pursue the Uruguayan striker. Nunez, 21, is now favoured to sign for Brighton.