PSG boss Mauricio Pochettino has set the record straight about rumours he was set to leave the French giants this summer – saying he never considered an exit and was ‘clear’ about his future.

The Argentine had been strongly linked with a return to Tottenham Hotspur after sacking his successor Jose Mourinho, with Pochettino struggling initially early into his career in Paris having failed to win Ligue 1.

PSG made it clear they were desperate to keep hold of their boss amid reports Spurs would have forced Pochettino to hand in his resignation or pay a huge sum to release him from his contract.

In the end, Pochettino stayed put and signed a new one-year deal until 2023, and Spurs appointed former Wolves boss Nuno Espirito Santo instead.

Speaking to Le Parisien, Pochettino dismissed the ‘rumours’ he was heading back to Tottenham less than two years after his sacking, and said his relaxed relationship with club chiefs meant he didn’t need to address his future. 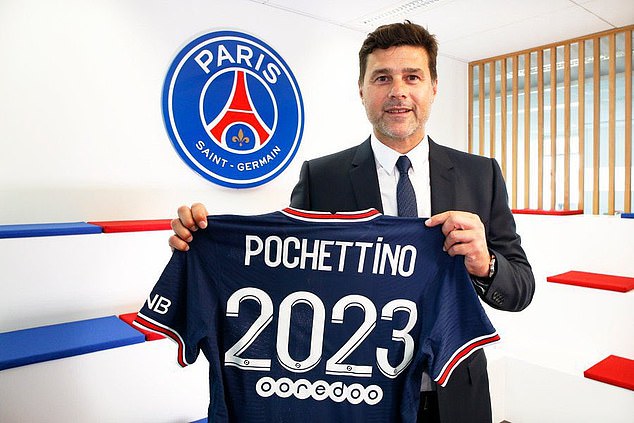 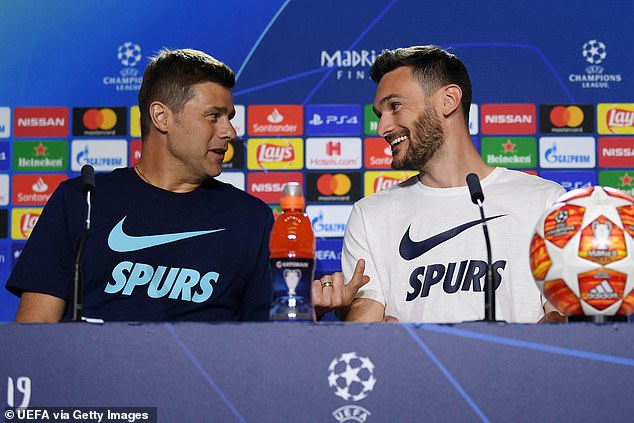 ‘There were a lot of rumours. We all know what the reality of football is. There are moves between clubs, involving players and managers, so the rumours are always there.

‘I’ve always maintained a calm, fluid relationship with the president and with Leonardo. Things were always clear, there was no reason to say anything more.’

The French outfit have also snapped up Achraf Hakimi from Inter Milan and Gini Wijnaldum from Liverpool on a free transfer, outlining their ambitions to be contenders on multiple fronts next term.

Pochettino said he was pleased with their progress in the market, but hinted that a handful of outgoing might be necessary to balance the books.

I think the club is doing a great job. We’re slowly reaching the objectives that we were looking for at the start of the window. So I’m happy with the work PSG is doing on the whole. 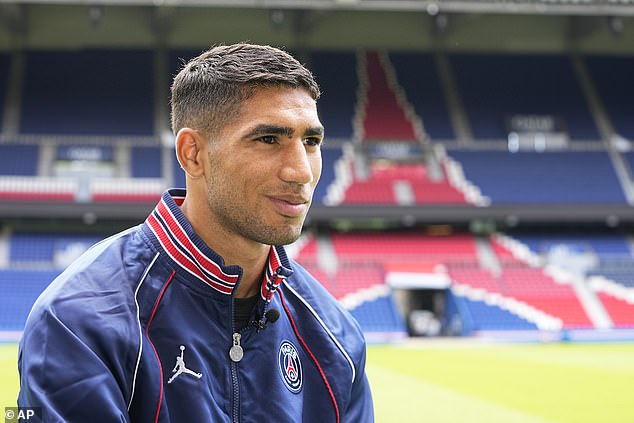 ‘A balance needs to be found between arrivals and departures. Like with all clubs, there will be some adjustments made over the course of the summer. We have to remain attentive to any opportunities.

One player that has been linked with PSG is Manchester United’s Paul Pogba, who is unsettled at Old Trafford and has just one year left on his deal.

However, Pochettino refused to be drawn into speculation Pogba could be heading to the Parc de Paris, but revealed the club is still ‘working away quietly’ on additions.

I won’t give any names, I don’t like to speak about players who belong to other clubs,’ he added. ‘The club is working away quietly, achieving some good things. At the end of the window, we’ll see who the new players are – if there are any – and which players leave the squad.’