‘It’s a moment for us to be mature’: Mauricio Pochettino urges his players to maintain focus after thrashing Red Star and wants to ‘rediscover their best feeling’ ahead of Liverpool test

Mauricio Pochettino ordered his players not to relent in the quest to rebuild their shattered confidence following a comprehensive victory over Red Star Belgrade.

Spurs strolled to their first Champions League win of the season against the Serbian side to give their troubled season a much-needed shot in the arm.

The win was the club’s first in four games following a tough sequence that has raised questions over Pochettino’s future.

But with a clash against Liverpool on the horizon, Pochettino urged his players not to get carried away saying: ‘It’s important for us to stay calm now.

‘Of course it feels better tonight, it’s an important result for our confidence and three points in the table. It was very important tonight. Now it will take time to rediscover our best feelings.’

Pochettino also confirmed he will reward his players for last night’s win with an impromptu day off today. 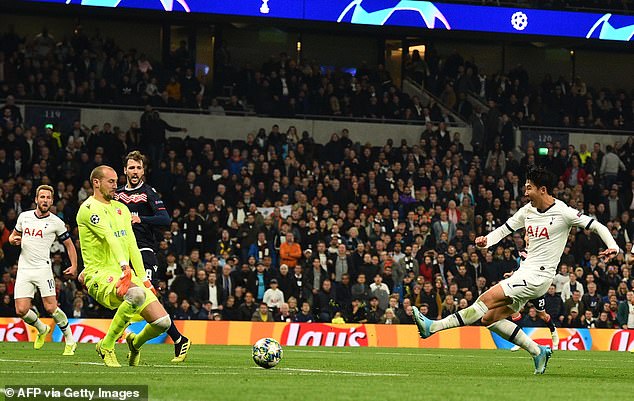 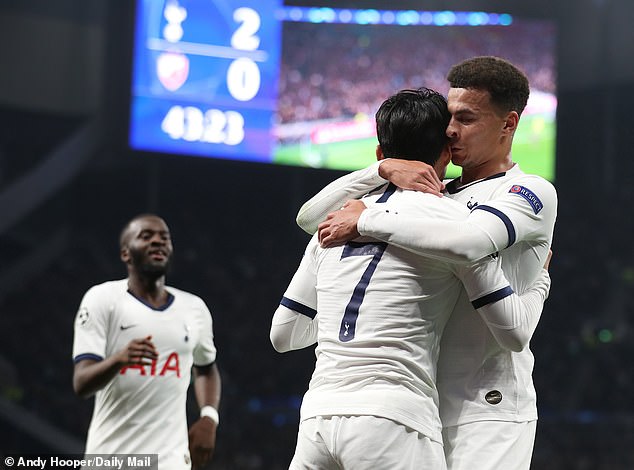 The squad were not scheduled a day off until the end of the month, while Sportsmail reported last week how a number of Tottenham’s internationals have had just one day off since September 15.

But Pochettino said: ‘I said to the players, tomorrow’s a day off. I asked you want a day off; OK, day off tomorrow!’

Meanwhile, captain Harry Kane, who scored a brace, praised his team’s strength of character as they put their troubled season behind them.

‘It’s great, it is exactly what we needed to do. We know it has been a tough run of results and it was a perfect way to respond, hopefully we can build on this,’ he said. 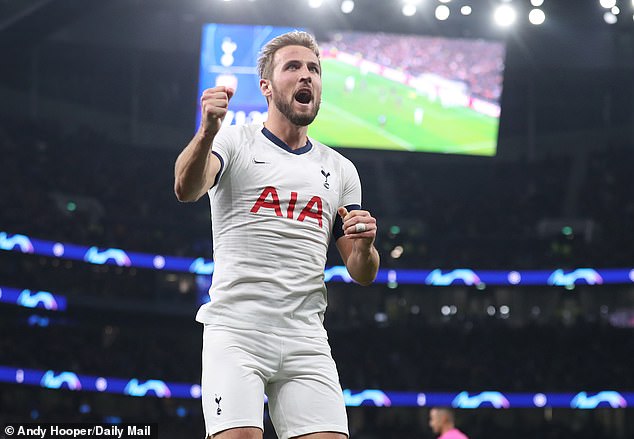 ‘We said we wanted to come out the blocks, play high, forward runs and when you score early it gives you momentum to carry on. Delighted for the clean sheet as well.

‘We know we have a long way to go but hopefully we can build on this, it is down to us to put in a performance like we did tonight (against Liverpool’ on Sunday.’

Meanwhile, UEFA were awaiting the reports from last night’s game after around 150 Red Star fans were sat together at the Tottenham Hotspur Stadium despite their UEFA ban for racist behaviour earlier in the competition.

The Serbians have not allowed to sell tickets to their fans as a punishment for racist chanting, during a July qualifying fixture against HJK Helsinki in Finland. 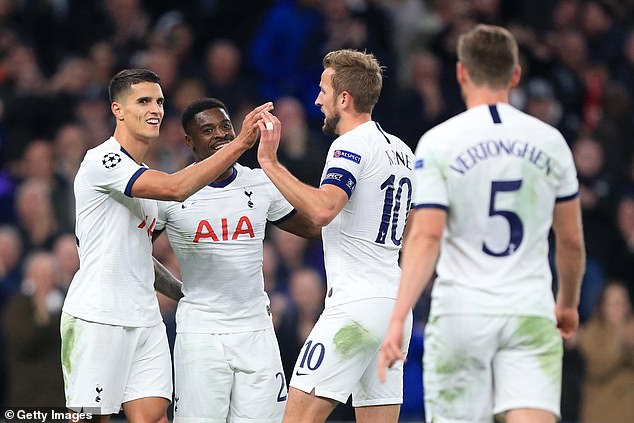 Spurs were therefore unable to put tickets on general sale for fear of them being bought by Red Star supporters.

And a Tottenham spokesman: ‘Red Star supporters illegally obtained individual tickets on Level 5 and made their way around to one section of the stadium in order to congregate as a group.

‘Stewards and police contained the group as it was too large a number to eject. We have launched a full investigation in order to understand how tickets have been acquired. We shall take the strongest possible action against any individual found to have sold their ticket on.’