Tottenham’s players marked reaching the quarter-finals of the Champions League on Tuesday night by plastering their celebrations over social media.

The Spurs players celebrated after Harry Kane’s solitary strike sealed victory in Germany and a 4-0 aggregate rout of Borussia Dortmund. 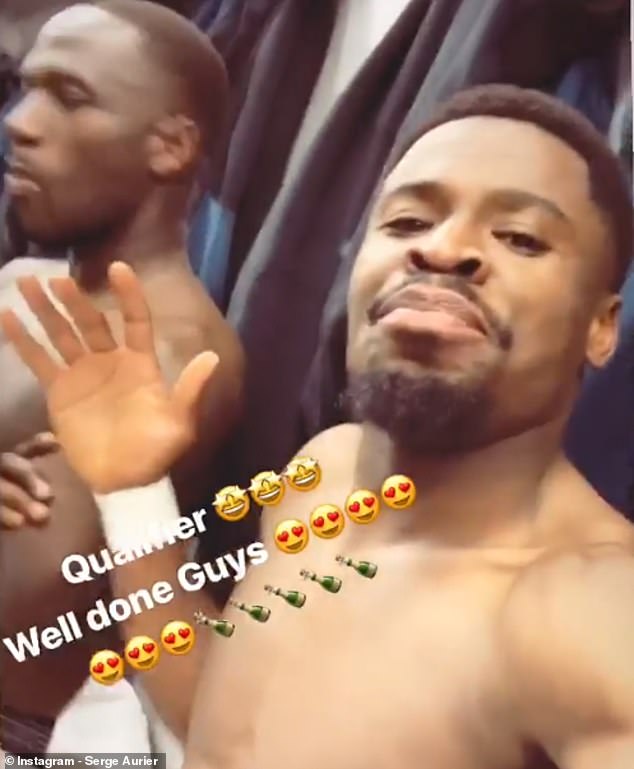 Aurier posed with midfielder Moussa Sissoko and goalkeeper Hugo Lloris as Spurs reached the last eight of the competition for the first time since 2011.

But the scenes contrast sharply with the warning shot their way by manager Mauricio Pochettino barely three months ago.

On that occasion Tottenham were on the receiving end after Arsenal shared their dressing room celebrations following a 4-2 north London derby win at the Emirates Stadium in December.

Pochettino banned his players from doing the same until they won a trophy, but that warning has seemingly gone unheeded by Vertonghen. 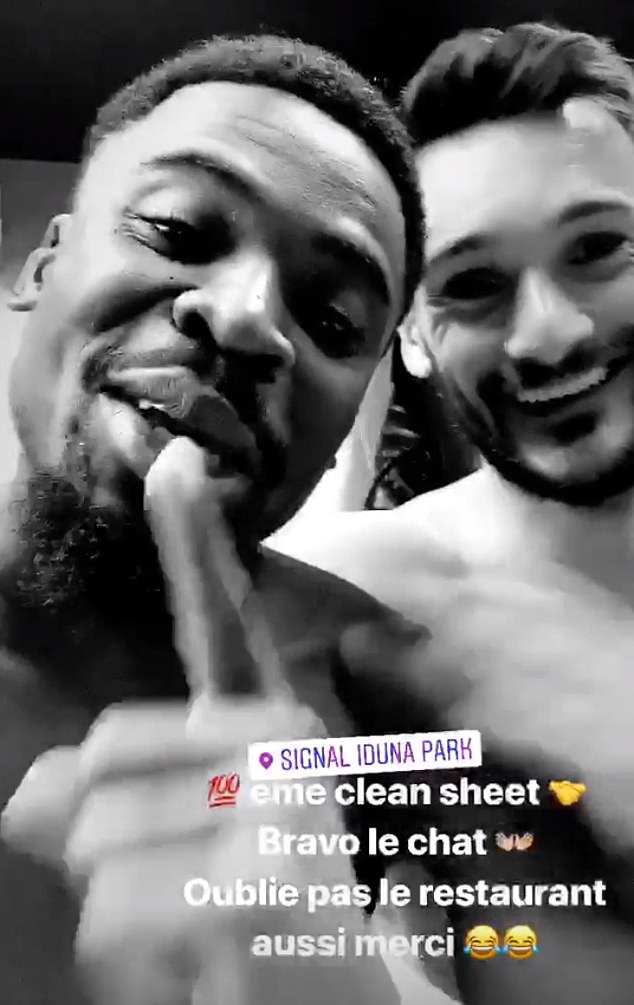 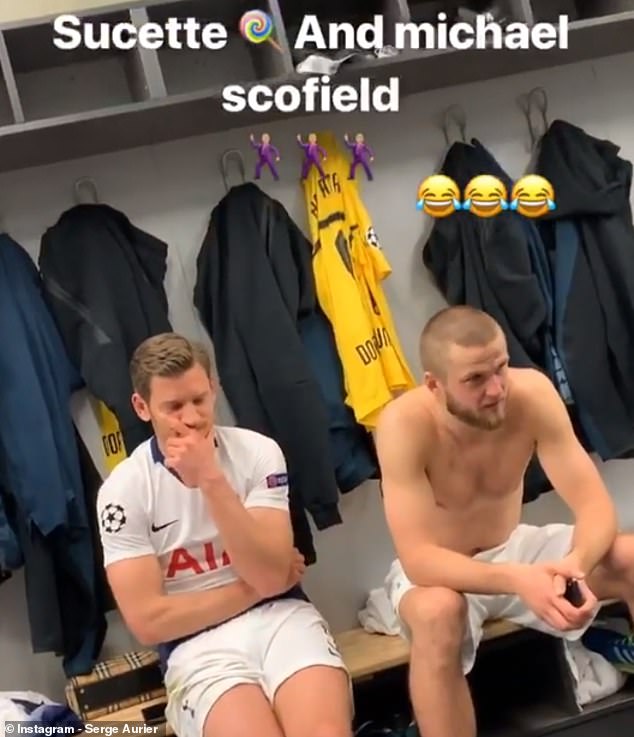 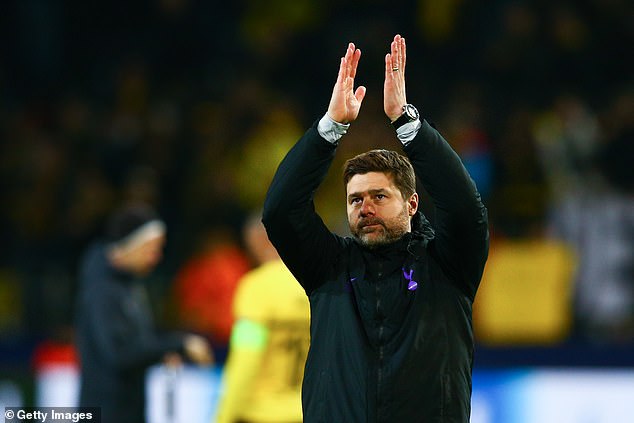 The boss said at the time: ‘Obviously if you win a trophy like I did when I was a player, it is time to celebrate.

‘Of course, show the fans you are happy, it’s fantastic — but when you win something special.

‘I accept people need it. It is how you feed your ego and I accept it is a new world. But I am of the older generation and, personally, I don’t like them.

‘This is my mentality. I accept new technology but I try to keep a bit of that away. 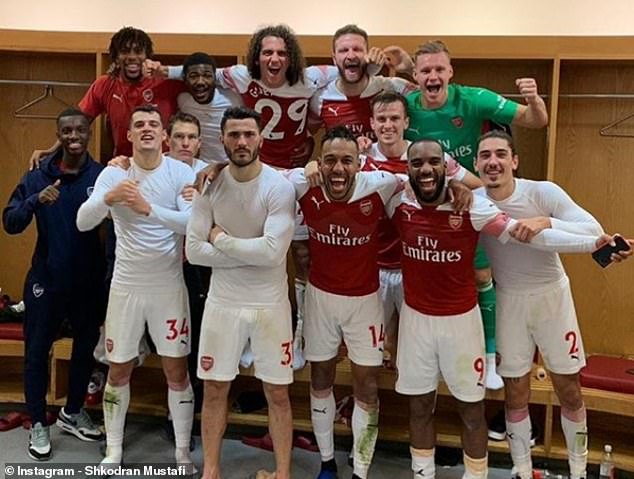