Mother-in-laws have a rather bad reputation however, Camilla is proving that they are not always worthy of it.

The Duchess of Cornwall appears to have become something of a confidante to the newest member of the royal family, Meghan Markle.

The Duchess of Sussex was pictured holding hands with Prince Harry’s step-mother during Charles’ 70th birthday celebrations at Buckingham Palace on Tuesday.

In a rare but touching gesture Camilla, 70, can be seen holding tightly onto Meghan’s hands during her first engagement as an official royal.

The 36-year-old is seen engaging in deep conversation with Camilla as she lends her support during the event.

Body language expert Judi James says that this intimate gesture is further proof of Meghan’s affect on the family.

Speaking to the MailOnline Judi said: ‘Hand-touching and holding is currently very popular with political leaders on the world stage but for the royals it is still a rare gesture in public.

‘This hand-touching from Camilla looked about as uneasy as the average cheek-kiss ritual because it stepped over the boundaries of royal etiquette . 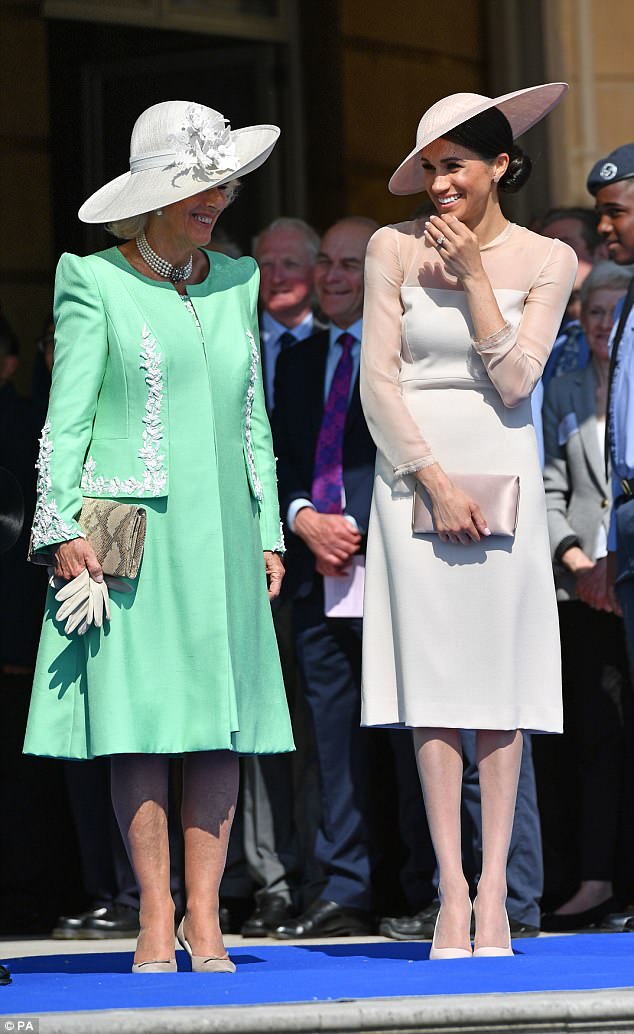 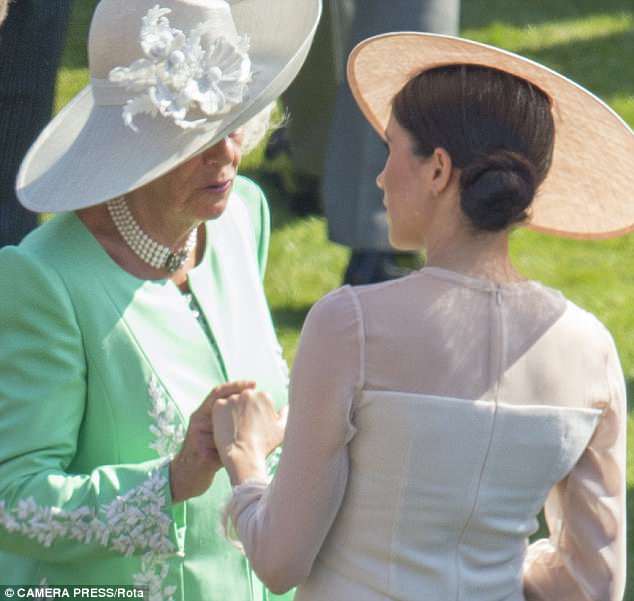 ‘It was a prolonged and truncated gesture that was a hand touch that became more affectionate but never quite turned into a clasp.

‘It could signal the ongoing Markle effect on the royals although this time it was also down to Meghan’s mother who offered that warm and spontaneous hand to Charles as he went to accompany her out of the church after the wedding.’

The new Duchess of Sussex stunned in a cream dress with sheer mesh sleeves by Goat, a brand loved by her sister-in-law Kate as she attended a garden party celebrating Prince Charles’ 70th birthday at Buckingham Palace yesterday. 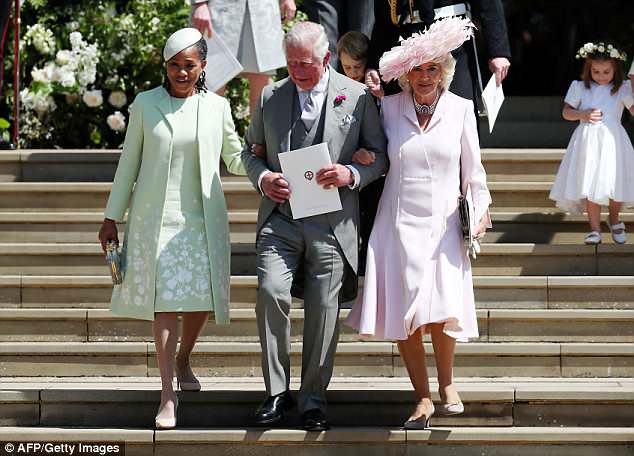 Judi said that it could well have been the influence of Meghan’s mother Doria Ragland, who at her daughter’s wedding offered a spontaneous hand to Prince Charles

She appears to have gotten the seal of approval from Camilla who today gushed about her enjoyment at the royal wedding.

On her visit to the Channel 5 newsroom, Camilla told staff: ‘It was such a lovely day. Just everything went right.

‘We all wondered whatever would happen next and then everything went right. The only thing is that we are all losing our voices now.’

Earlier she had said of the wedding: ‘It’s nice to have something that is uplifting rather than depressing. Everything was just perfect, including the weather, which couldn’t have been better. It was a beautiful day.’