Footage shows the moving moment more than 100 hospital staff lined the corridors of a hospital to honor a nurse who donated her organs before she died.

Desin worked for 39 years as a nurse at the University of Pittsburgh Medical Center’s Hamot hospital in Erie and has continued to save patients’ lives by becoming an organ donor.

Mary Desin, (pictured), who worked as a nurse in Pennsylvania, died following a brain aneurysm on May 31 and decided to donate her organs

Over 100 of her colleagues lined the hallway as Desin was wheeled to an operating theater on her ICU bed where her liver and kidneys were donated.

Her son, Matthew James Desin, told Good Morning America: ‘It was extremely emotional.Most everybody was crying.

‘People I didn’t even know came up to me during the time and said how much they loved her and she helped them get further in their career.

‘I expected maybe 20 people from her times as an OR nurse and her current position to be there. I didn’t expect over 100 people to be impacted by her loss.’

In an obituary, Mary was described as an animal lover, especially of dogs. It read: ‘Mary was generous to a fault, always helping anyone that crossed her path.

‘She loved that her job as a nurse allowed her to help anyone and everyone she could.’ 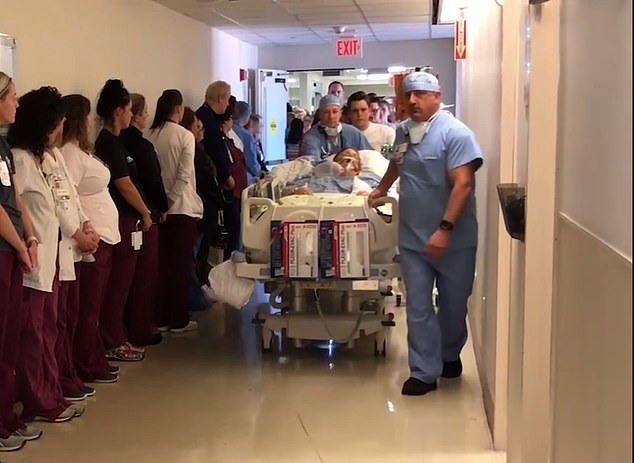 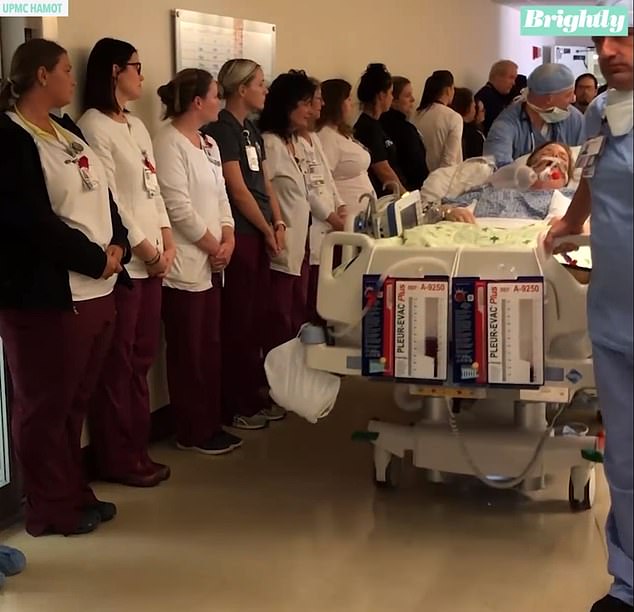 Donny McDowell, a senior professional staff nurse and one of Desin’s friends, said she was incredibly moved by her decision to become an organ donor.

‘What Mary was doing was very brave. [It was incredible] to see the lives that would be changed because of Mary’s gift.

‘The thing about Mary that I learned the most is that you always give and you keep on giving a little bit more,’ McDowell added.

McDowell said that as well as Desin’s work as a nurse, she taught new nurses about best practices. 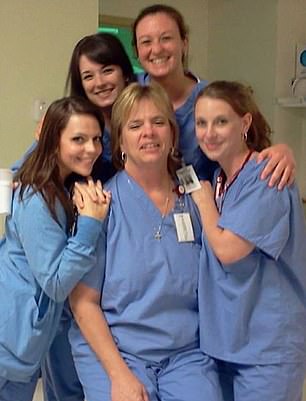 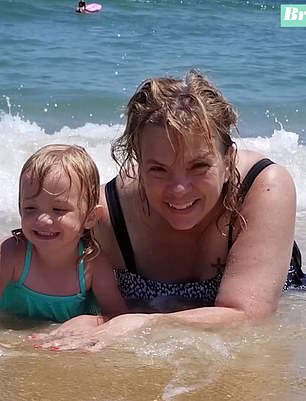 Mary Desin had many different roles at UPMC Hamot working for 39 years, and most recently as an admissions nurse 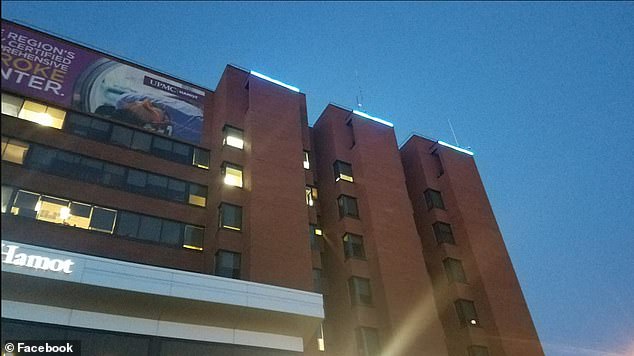 ‘She was an educator from start to finish in any way that she touched people,’ he said.

Desin had many different roles at UPMC Hamot over her 39-year tenure, most recently working as an admissions nurse.

She is survived by her two sons Matthew and James, daughter Laura and is predeceased by her husband.

The hospital further paid tribute to Desin by switching on three lights across the top of the building as she passed away.

In a Facebook post the hospital said: ‘She donated her organs to continue to help save lives, even in her passing. We had a walk for her, hallways lined with more people than I could have counted to see her off.

‘From now on, those lights will not only be turned on when someone RECEIVES an organ, but also when someone donates, as well.

‘It was a very emotional day yesterday, and Mary, we will never forget you or the impact you made throughout your career!.’