Dozens of tourists stuck on the Caribbean island of St Thomas during Hurricane Irma were refused available places on a rescue ferry send by Marriott Hotels because they were not their guests.

Hundreds had been stranded on St Thomas, U.S. Virgin Islands, in the wake of Hurricane Irma and had been told a rescue ship would come to their aid on on Friday.

However, some 35 people were told they would not be allowed on the ship – despite an alleged 1,300 free seats – as they had not been Marriott guests when the hurricane hit.

St Thomas suffered terribly during Hurricane Irma, with electricity and water cut off, roads blocked by debris and thousands of homes and infrastructure destroyed.

Several hundred tourists stranded on the island had reportedly been told by local authorities that a ship would come in to take tourists to nearby Puerto Rico, from where they would be able to fly to the U.S. mainland.

However, until they arrived at the pier late Friday evening, they had not been told that the ship was for Marriott guests only.

A video filmed and posted on Facebook by Naomi Michial Ayala, from Dallas, Texas, shows the lights turned off at the pier after they had been refused to board.

‘They shut the lights off here in order to get us to go,’ she can be heard saying on the video.

‘This was a decision of Marriott who did not let us get on this boat so we could get on flights home.’

Not allowed: Hundreds had gathered on the pier on St Thomas to board a rescue ferry sent by Marriott Hotels, and while their 600 guests were rescued, 35 people were left behind 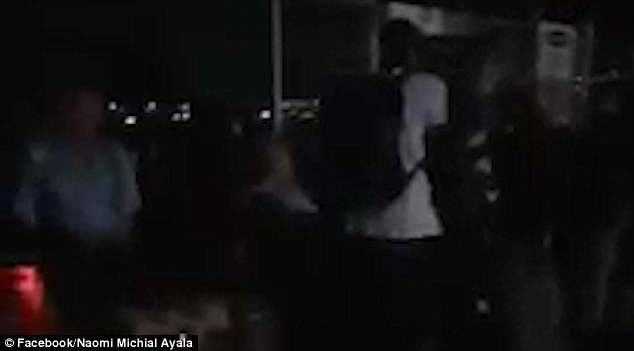 Stranded: The 35 refused to come onboard were not Marriott guests, and despite there being an alleged 1,300 free seats, they could not leave on the ferry 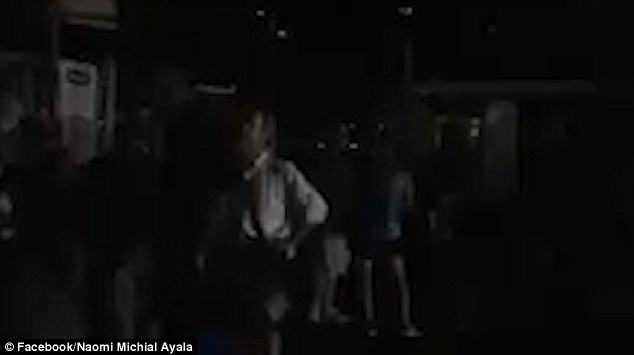 Accusations: According to witnesses, Marriott executives had made the decision not to let the group, which reportedly included women and children, to get on the ferry

She continues: ‘Instead we have to ride out Hurricane Jose when we just went through Hurricane Irma a few days ago.

‘We don’t have food or water, we are stranded.’

Ms Ayala wrote on her widely shared post on social media that the group had initially been allowed to get on the boat by the captain.

However, when the crew called Marriott Hotels to confirm, the 35 non-guests, which reportedly included elderly people and children, they were refused.

After looking up the boat online, Ms Ayala found that the boat had a capacity of 1,800 passengers.

‘They called the Marriott CEO. He didn’t want to take the liability.’

Ms Ayala was able to make her way to safety and Puerto Rico the following day, on a private vessel. 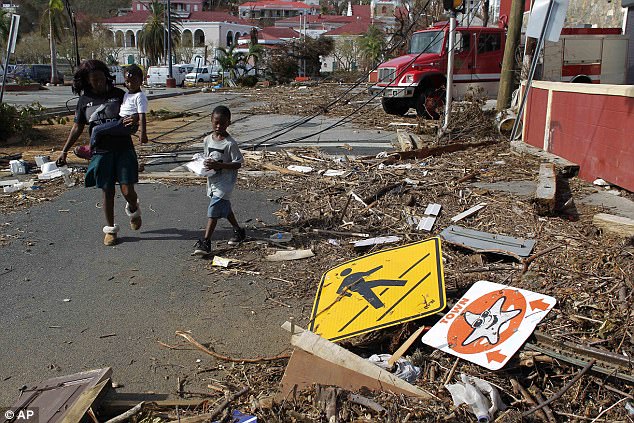 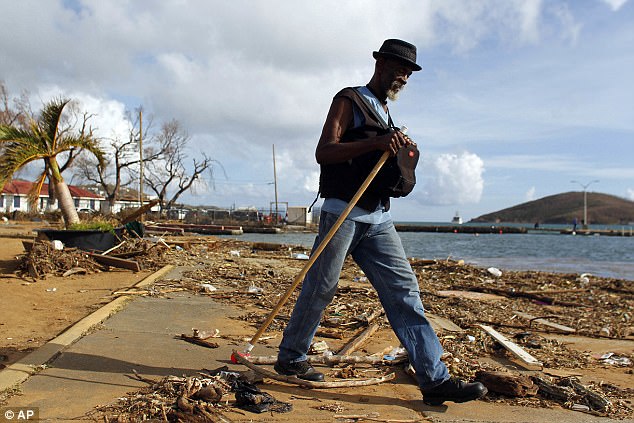 Storm: Hurricane Irma ravaged resort islands such as as St. Martin, St. Barts, St. Thomas, Barbuda and Anguilla, among others

A Marriott spokesman said in a statement to MirrorOnline that they had been unable to help the 35 people stranded as the ground team had not been authorised to do so.

‘We very much wanted to assist these other travelers to Puerto Rico, however, the Marriott team on the ground was told they had no authorization to board additional passengers.

‘With Hurricane Jose on a path to St. Thomas, the ferry had a tight window to pick up passengers and safely depart.

‘In this case, we weren’t able to help and as grateful as we are that we were able to transport our guests, we are saddened that we were not able to do the same for more people.’

The statement did not expand on who had refused authorisation.

Norwegian Cruise Line’s ship the Norwegian Sky is on its way to St Thomas in the U.S. Virgin Islands to drop off supplies.

More than 2,000 tourists who were stranded on the island will also get picked up by the ship and taken to San Juan, Puerto Rico, which still has an operational airport.

Before Hurricane Irma hit Florida, Royal Caribbean used one of its ships to evacuate residents.

Royal Caribbean is also sending two of its ships to aid the islands of St Thomas and St Maarten, and has two other ships waiting in the wings to aid Florida when the storm passes.