TOWIE’s Frankie Essex reveals her son Logan, 7 months, has been really ill but admits she’s worried about him getting his vaccinations after hospital dash

TOWIE’s Frankie Essex has revealed her worries over her son Logan getting his next jabs – months after he was rushed to hospital with an abscess on his leg following a routine vaccination.

Frankie, 34, welcomed twins Logan and Luella with boyfriend Luke Love in May.

She admitted in her column with OK Magazine that Logan’s infection in October has made her scared for his MMR (Measles, Mumps and Rubella) jab when he is aged one.

The reality star added that she ‘doesn’t know if he’ll get them’ and that it is a decision they will make when they get to it.

Honest account: TOWIE’s Frankie Essex has revealed her son Logan, 7 months, has been really ill but admitted  she’s worried about him getting his vaccinations after hospital dash (pictured: Frankie with boyfriend Luke Love and Logan and Luella, their twins)

TV personality Frankie said that Luke is currently ‘100 per cent no’ about the twins getting the jabs at the doctors they have previously been to.

‘They don’t get those until they’re one, so we’ll see how we feel then. If we’re going on holiday and stuff, then they need to be protected.’

Logan had a ‘terrifying’ emergency surgery ordeal after the routine vaccination caused an abscess on his leg. 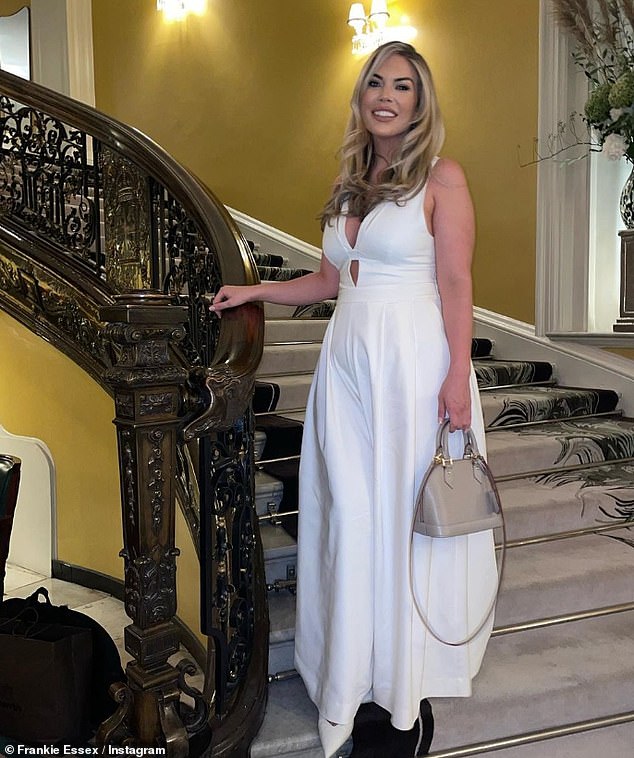 Frankie admitted in her column with OK Magazine that Logan’s infection in October has made her scared for his MMR (Measles, Mumps and Rubella) jab when he is one

Frankie revealed the then five-month-old was rushed to hospital three times in October to cure the infection.

She wrote in her OK! column in October that she took her baby to the hospital to have him checked out.

She said he  ended up being put in an ambulance to another hospital and had a scan so they could confirm that it was an abscess.

She went on to reveal the little one had to stay in hospital for five days to have the abscess removed, after being told by doctors it was the only option.

The reality star filed a complaint at her local GP practice, saying that doctor and nurse she spoke to said they’d never seen such a reaction in a baby

At the time, the star shared an update on Instagram as she explained how she rushed her baby boy into A&E.

Sharing a video of Logan cuddling up to his dad in hospital,  Frankie explained how her partner stayed with their baby all night while she rushed home to pick up some essentials. 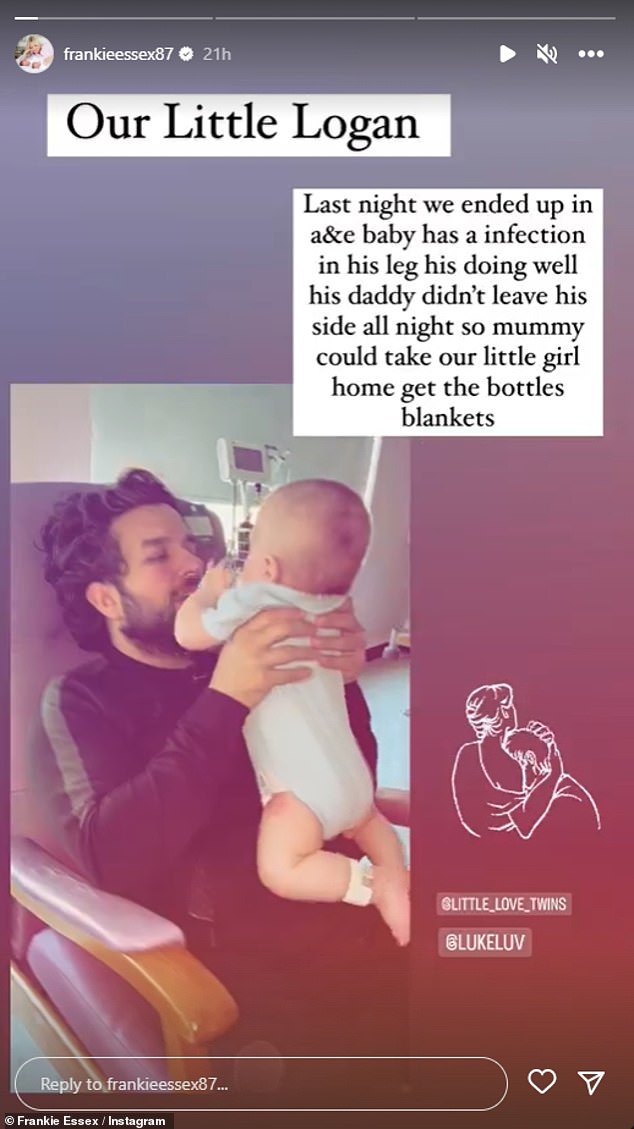 ‘Our little Logan’: In October, the star shared an update on Instagram as she explained how she rushed her baby boy into A&E