She is expecting her first child, a baby boy, with her partner Sam Mucklow in just a fortnight’s time.

And Shelby Tribble unveiled her perfectly neat and organised hospital bag to Instagram on Thursday ahead of her imminent labour.

The former TOWIE star, 27, cut a casual figure while cradling her baby bump, as she counts down to her due date.

Not long now! Shelby Tribble unveiled her perfectly neat and organised hospital bag to Instagram on Thursday ahead of her imminent labour

The TV personality wore a pink and cream plaid shirt over a beige tee and grey leggings.

Her Neve Maria hospital case was packed in an orderly manner with post-labour essentials including a blanket, baby clothing, and Johnson’s baby wipes. 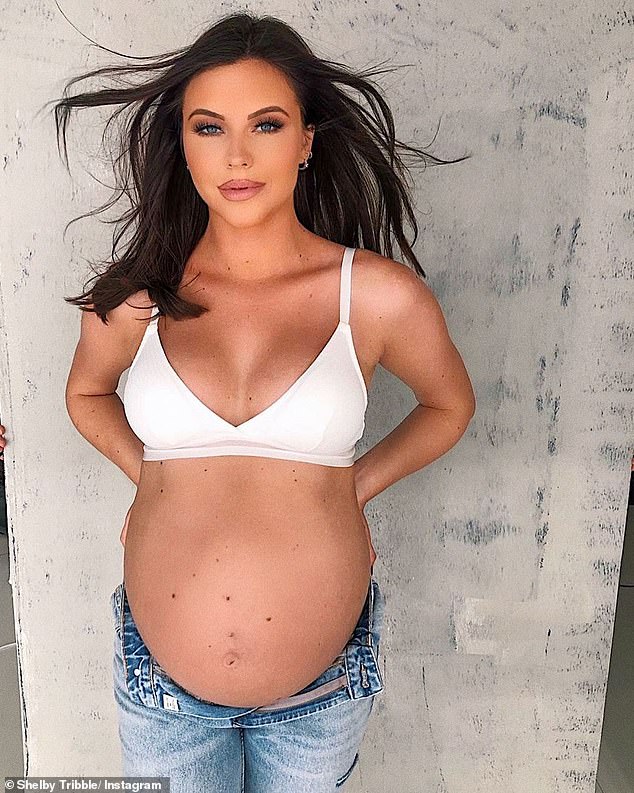 New arrival: The former TOWIE star, 27, announced earlier this year that she is expecting her first child, a baby boy, with her partner Sam Mucklow, 28

The reality star cradled her baby bump in a chic white jumpsuit as she rang in the occasion with her family in Plymouth.

Shelby and her guests appeared in great spirits as they played pin the dummy on the baby while blindfolded.

The halls of the house were decorated with elaborate balloon displays by her mother Karen’s company, All That Sparkles Events.

The group indulged in a series of sweet treats, including tasty mini cakes decorated  with snaps of her child.

Shelby and Sam, 28, have had a turbulent relationship, which was well documented on TOWIE. 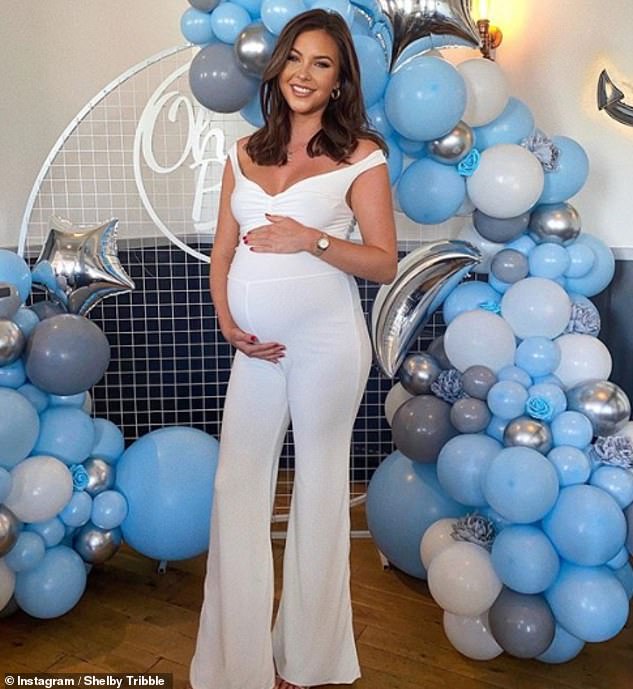 Time to celebrate: Shelby cradled her baby bump in a chic white jumpsuit as she enjoyed a fun-filled baby shower with her family in Plymouth in September 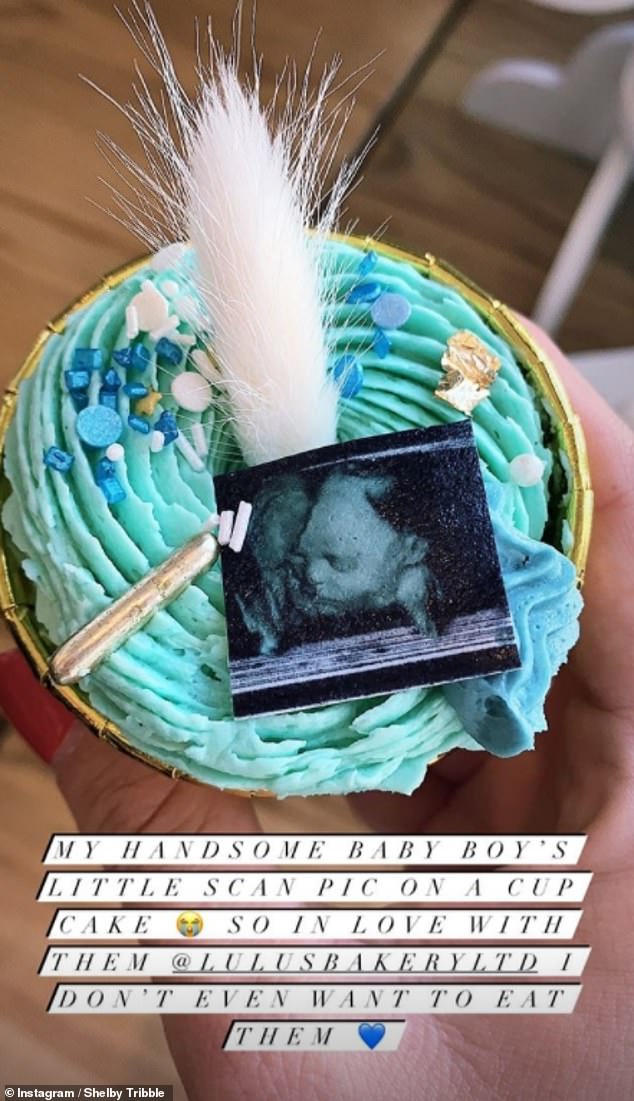 Details: The blue themed party was complete with elaborate balloon displays, fun-filled games, and personalised cupcakes emblazoned with ultrasound images of her son

The duo began hooking up on a ‘friends with benefits’ basis but things soon turned sour when Sam decided to pursue a romance with TOWIE newbie Demi Sims while on a group trip to Thailand last year.

During a heated row, the fiery businessman called the brunette a ‘s**g’, but months later, the pair decided to give things another go.

However, they were met with opposition when Shelby’s close friend Clelia Theodorou told her she had felt deserted because the influencer was spending all her time with the hunk.

The former BFFs had several bitter rows, with Clelia, 25, accusing her of not being there for her when she was at her lowest point after splitting from her boyfriend, who is Sam’s pal.

Shelby and Sam decided to step back from TOWIE in order to focus on their romance later that year, and have been going strong ever since. 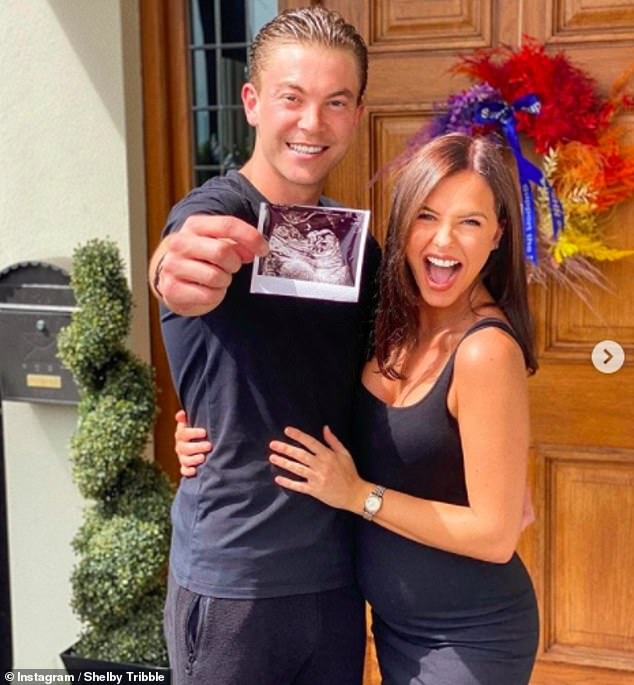 In their element: The couple decided to step back from TOWIE in order to focus on their romance last year, and have been going strong ever since