Peter Lucey resigned with immediate effect as Mayor of Wokingham, Berkshire, and from the Conservative party on Sunday

A mayor has handed back his chain and robes in disgrace on Wednesday over claims that he ‘liked’ social media posts about white supremacy and anti-Islam messages.

Peter Lucey resigned with immediate effect as Mayor of Wokingham, Berkshire, and from the Conservative party, saying he accepted his behaviour was ‘not appropriate’ and apologising to residents.

The former mayor’s social media accounts reportedly showed links to websites including The Gatestone Institute, a right-wing anti-Muslim think tank, and We Are At Home, a page that says it is for people who ‘are sick of increasing political correctness’.

There were reportedly also links to webpages about white supremacy.

Lucey said he ‘hardly ever’ used Twitter and was unaware he was following the controversial accounts.

Lucey quit after a member of the public contacted Labour town councillor Andy Croy, who then asked Wokingham Conservatives to launch an investigation.

Councillor Croy claimed the mayor had made Islamophobic comments online regarding immigration.

He said: ‘I saw the messages and wrote to the Wokingham Conservatives, pointing out that I thought it was Islamophobic and that they needed to deal with it.

‘He posted something along the lines of ”mass immigration has destroyed your  future”. I demanded his resignation.’ 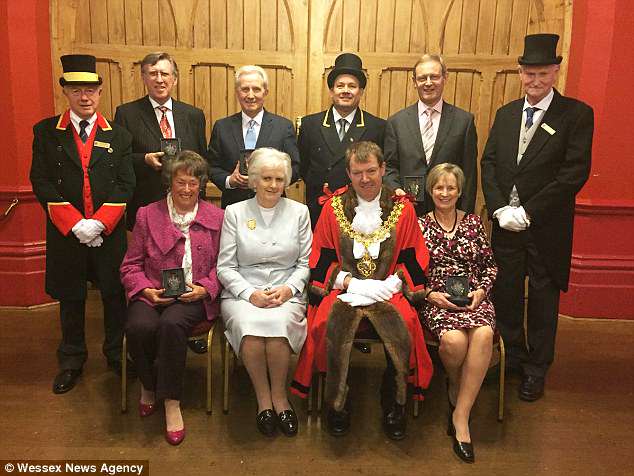 The former mayor’s social media accounts reportedly showed links to websites including The Gatestone Institute, a right-wing anti-Muslim think tank, and We Are At Home, a page that says it is for people who ‘are sick of increasing political correctness’

Apologising to the public, Lucey said: ‘Some past social media posts came to light and those are not appropriate for the Town Mayor.

‘I resigned for that reason, and I fully apologise to everyone involved.

‘I would like to apologise to the people of Wokingham and to my party, and I resign from all of them.’

When asked about the posts – most of which were about Islam – and some of the accounts he followed, Lucey said: ‘Well, I didn’t post much, a lot of social media is complex, and I’m not a great social media person, it’s possible that you can post the wrong thing and if anyone is offended I truly apologise.

‘I wanted to resign because it’s important that the town isn’t involved in an error. My position of town mayor was completely untenable.

Wokingham Conservatives said they would not be making a statement.

Lucey’s Facebook page, which was viewable by anyone earlier this week, reportedly included ‘likes’ to a fan page to controversial Dutch politician Geert Wilders.

As well as the former UKIP leadership candidate Raheem Kassam, who has just self-published a book called Enoch Was Right: ‘Rivers of Blood’ 50 Years On.

It was said that there were also posts showing him with controversial Canadian author Mark Steyn, who hold anti-Islamic views, at a book signing. 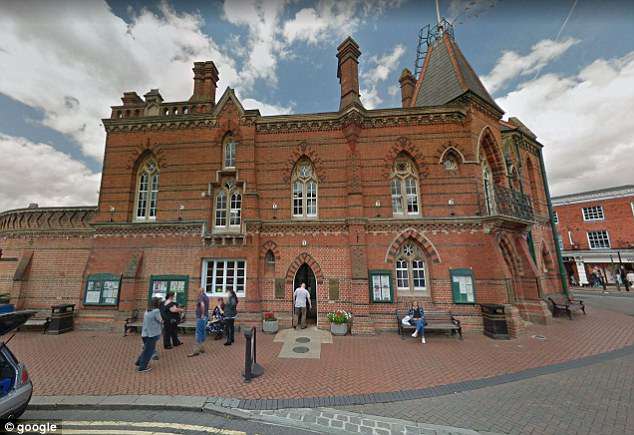 Lucey said he ‘hardly ever’ used Twitter and was unaware he was following the controversial accounts. Pictured: Wokingham Town Council

It is not yet known when a by-election for his Norreys East town council seat will be held.

‘Steyn is an extreme right wing commentator who subscribes to a ‘culture wars’ interpretation of Islam.

‘On Facebook, Mr Lucey has also shared links to at least two Islamophobic articles while Mayor, including ‘Is the United Kingdom an Islamist Colony’ on GatesstoneInstitute.org

‘Both the articles and websites contain Islamophobic and racist tropes commonly use by extremist and racist organisations on the far right of politics.

‘Mr Lucey repeated one of these tropes on the Facebook page of The Wokingham  Paper and deleted it when challenged.

‘Mr Lucey clearly has an unhealthy interest in parts of the political spectrum which disgust and repulse fair minded people.

‘That he has become mayor is a source of deep and abiding shame for all who love Wokingham and all who oppose any form of discrimination and prejudice.’

Lucey became Wokingham’s mayor for the third time last May – his previous term of office was in in 2013.