A video of two high school girls punching each other in an ugly brawl has shocked parents and outraged community members after it was shared over social media.

The footage shows Pimlico State High School students sitting in the Stockland shopping centre before the fight breaks out.

Townsville mother-of-four Michelle McMahon came across the video after it was sent to her 12- year-old daughter who attends a different school in the area.

‘I was disgusted,’ she tells Daily Mail Australia.

‘I rang the school and forwarded the video to them. They said they were investigating the incident.’

In the footage the girls are seen having a verbal altercation before the it cuts to the two of them brawling in the middle of the court.

Punches are thrown, hair is pulled and one of them is smacked to the ground as a man tries in vein to break up the fight.

Michelle says the ugly brawl is not a one off and that parents are increasingly concerned about a culture of violence within Townsville’s schools.

‘It’s quite common. Fights are being filmed and shared around on social media.’ 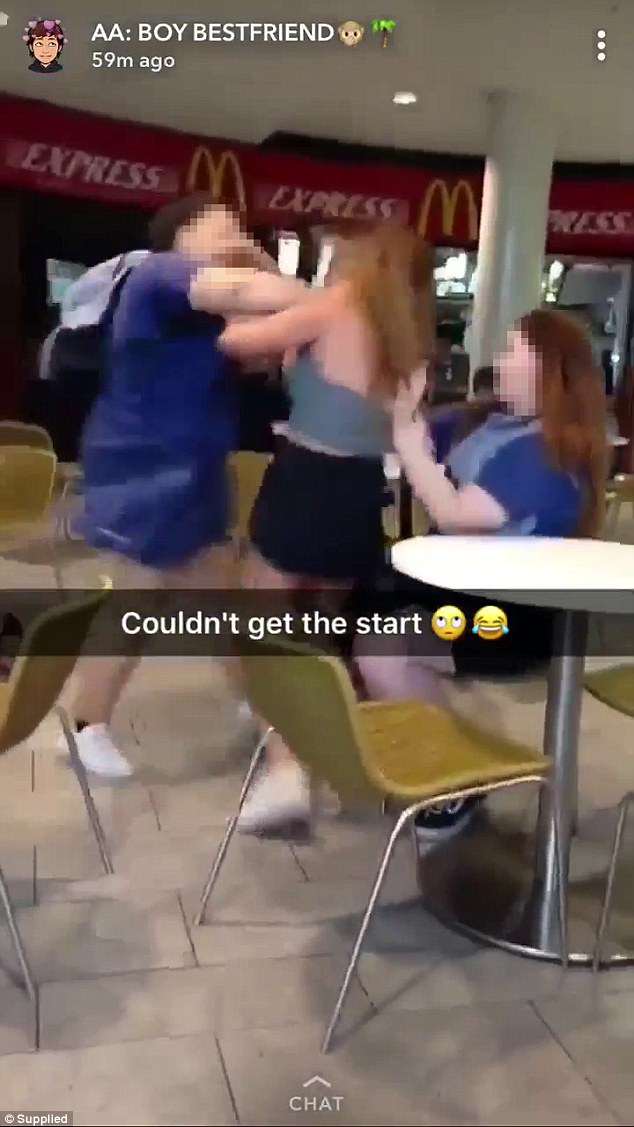 ‘I’ve been here thirty years and I’m starting to hate the place because of the culture of violence. People say its not that bad, but it is.’

Across Townsville a record number of suspensions were awarded last year in schools, many of them were for violent offences.

Michelle says the escalating violence is impacting the safety of the area that she won’t let her daughter go out alone.

She says that both the schools and parents need to do more to teach kids about the negative impacts of violence. 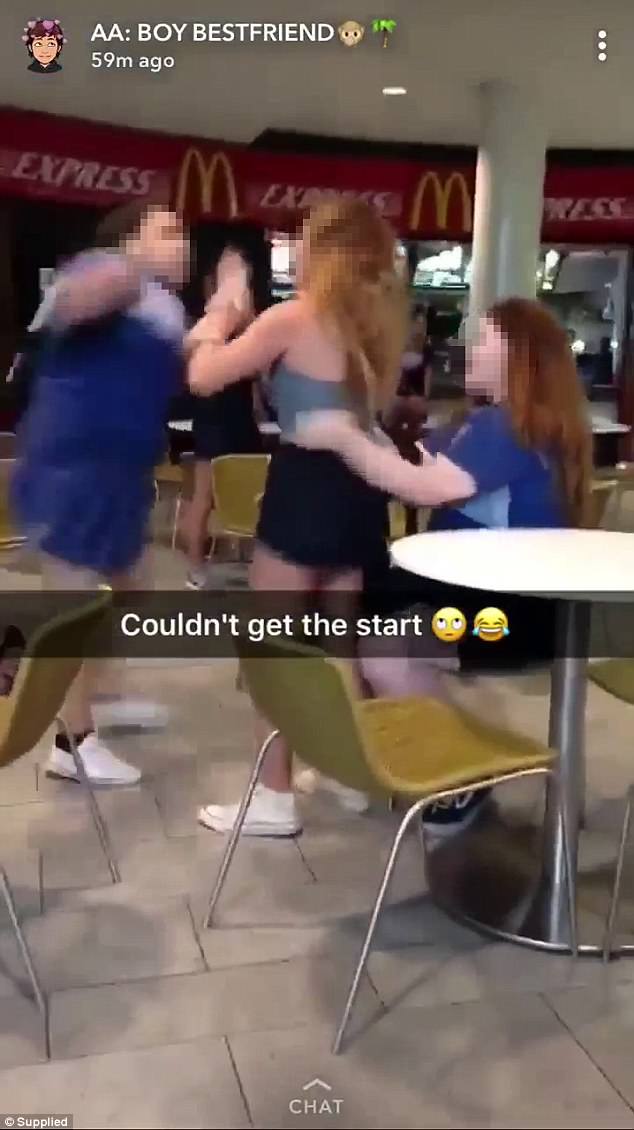 The violent video only goes for several seconds but in that time, punches are thrown at heads, hair is pulled and a girl is smacked to the ground