Tracee Ellis Ross opens up about being single, childless, and going through perimenopause at 50

Tracee Ellis Ross has opened up about being single and childless at 50, saying she has had to reexamine what womanhood means now that she is going through perimenopause.

The actress, who is the daughter of singing legend Diana Ross, discussed the changes to her body during her appearance on Glennon Doyle’s ‘We Can Do Hard Things’ podcast, which she co-hosts with her wife, former soccer star Abby Wambach, and sister, Amanda Doyle.

‘I have, for my entire life, been tethered to a very routine cycle. And I’m very connected to my body, so I would know I’m ovulating. I would have all the feelings of knowing that,’ said Ross, who celebrated her milestone birthday on October 29.

‘And all of that is out the window. And I turn 50. And here I am in this open space now, sort of allowing the bubbling up of whatever might be here.’ 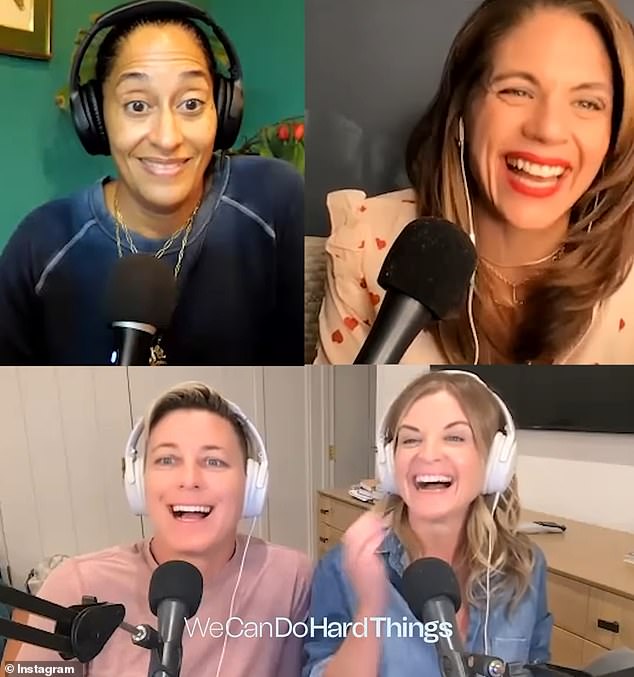 Perimenopause is the leadup to the body’s transition to menopause, which is characterized by 12 months without a period. It often begins between the ages of 45 and 55, though can happen much earlier.

Some people may not have any notable symptoms, while others may experience changes in their monthly cycles, hot flashes, trouble sleeping, moodiness and irritability, or depression, according to the National Institute of Health (NIH).

The Black-ish star read an excerpt from her journal in which she questioned what it means to be fertile and to come to the end of her reproductive years.

‘I can feel my body’s ability to make a child draining out of me. Sometimes I find it hilarious, as if there is a fire sale going on in my uterus, and someone’s in there screaming, “All things must go,”‘ she said.

‘As my body becomes a foreign place to me that doesn’t really feel safe or like home…I don’t know how to manage or control or fight the external binary narrative of the patriarchy that has hunted me and haunted me most of my adult life,’ she continued. 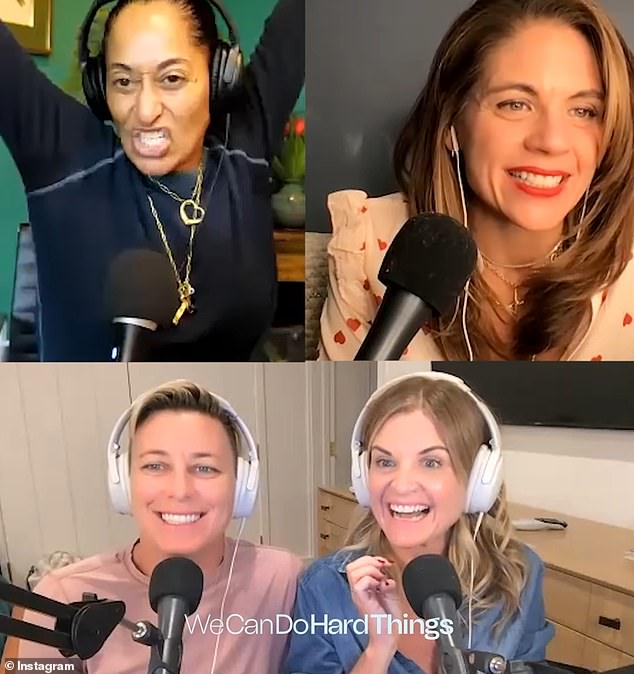 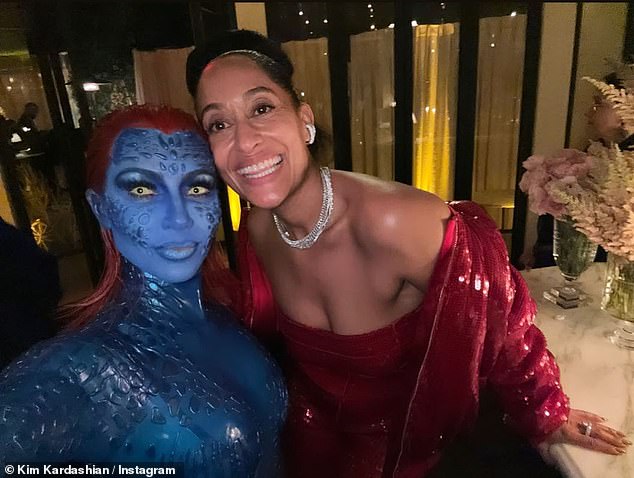 ‘Is it my fertility that is leaving me? Is it my womanhood? Or is it really neither? But I have to fight to hold my truth, because I have been programmed so successfully by the water we all swim in, by the water we all are served. And I feel fertile with creativity, full of power, more and more a woman than I’ve ever been. And yet that power that I was told I must use was not used.’

Ross shared her gratitude for how the transgender community has opened her eyes to how being a woman doesn’t have to be synonymous with having children.

‘The freedom that the expansion around gender has offered me, and the knowledge that is being shared with us by the trans community is like, “Oh my God, thank you. Thank you for finally unpacking something that I had no ability to unpack, because of what was handed to me in a culture that thought of it in such a limited way,”‘ she said.

‘But it is an unbelievable injustice that is laid on all of us as human beings. That there is one pathway that is informed by this random construct that somebody came up with around gender. When I pull back from it, I’m like, “That’s a joke. Who did that?’ You know what. I’m just like, ‘Who did that? That’s so silly.”‘ 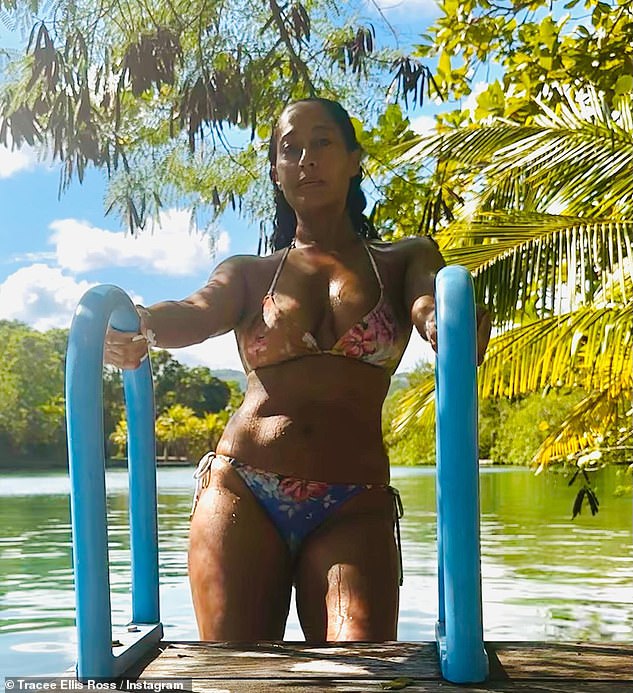 ‘I can feel my body’s ability to make a child draining out of me. Sometimes I find it hilarious, as if there is a fire sale going on in my uterus, and someone’s in there screaming, “All things must go,”‘ she said 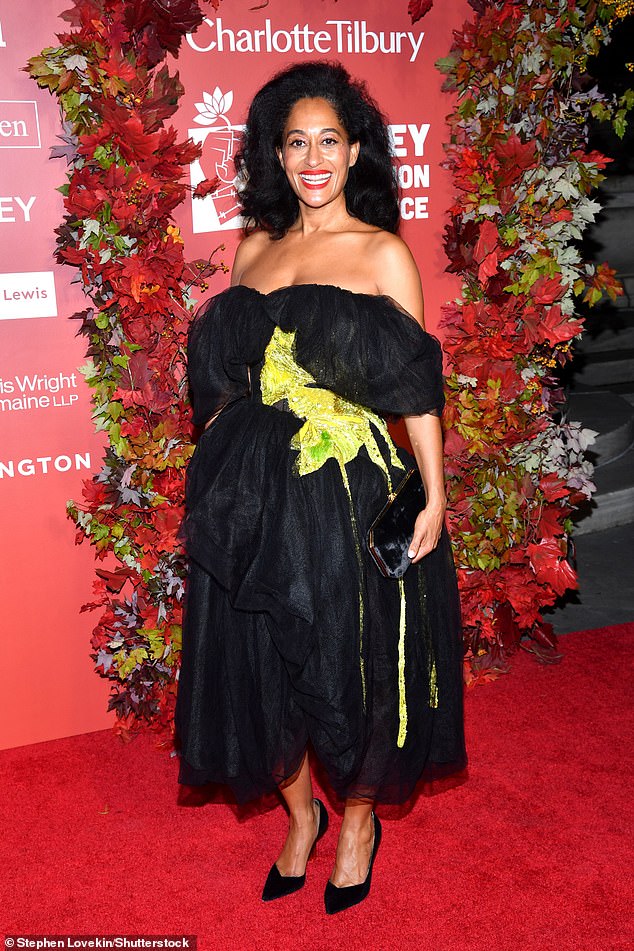 Ross, who dotes on her nieces and nephews, noted that she is in tune with her motherly side even though she doesn’t have children.

‘I say this to people all the time, I’m a wonderful mother. And I’m very mothering. And it’s been hard for me to claim that. In a world where I don’t have the thing that says…,’ she said, trailing off.

She later shared how she feels grateful that she is able to look at being childless ‘with curiosity instead of heartbreak.’

‘The heartbreak does come up, and I get to hold that gently and lovingly and then say, remind myself, ‘I woke up every morning of my life and I’ve tried to do my best, so I must be where I’m supposed to be,’ she said.

Ross also had to change how she viewed being single, saying it has given her the freedom to create the life and family of her choosing.

‘I’ve been single for a very long time. I have had many wonderful ins and outs of things, but no one stuck to the pan,” she explained. ‘As a result, I get to curate my family, my chosen family around me. And I don’t think I realized the gift of that until I’ve started to get older.’ 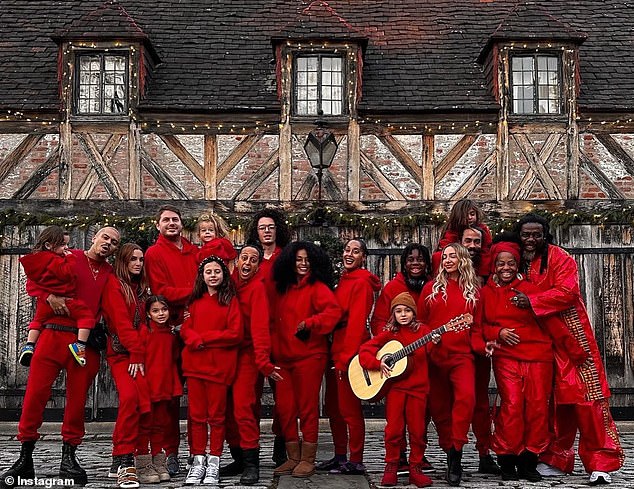 Ross, who is the daughter of singing legend Diana Ross, is a doting aunt to her nieces and nephews. ‘I’m very mothering. And it’s been hard for me to claim that,’ she said 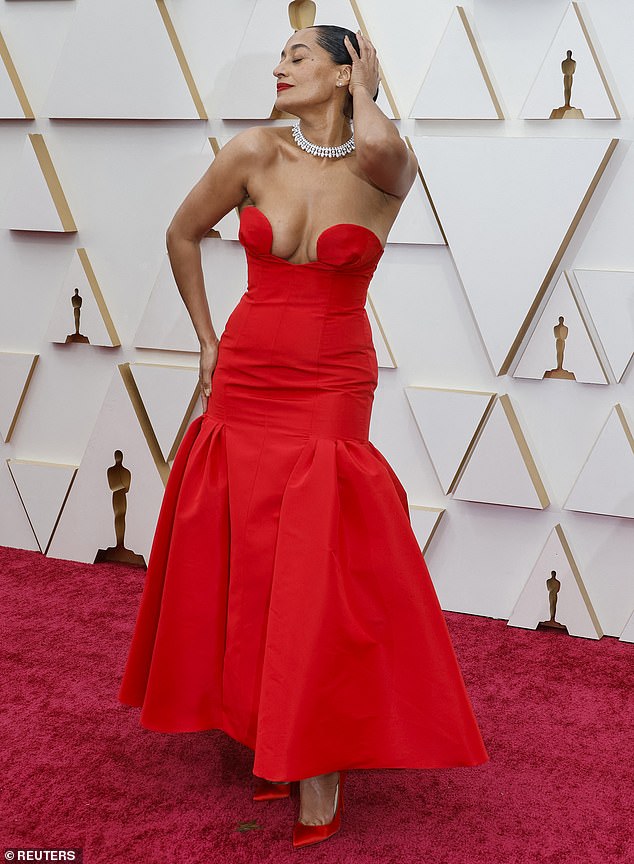 Ross also had to change how she viewed being single, saying it has given her the freedom to create the life and family of her choosing

However, the Pattern founder admitted that she is ‘afraid of being a burden’ on her friends because she is single and childless, an insecurity that has been put upon her by society.

‘We go back to this model that you’re sold, that not only are we sold it, but we are fed it and we have to drink it and it’s everywhere. And if you’re not careful, you actually think it’s true. And it’s the only bit of news for you, which is that my job as a woman is to learn to be choosable,’ she said.

‘Everything starts to fall into that messaging. And then if you’re a Black woman, there’s like a whole other blah, blah, blah,’ she added. ‘There’s so many different versions of that. But that’s like that overarching thing as a woman.’

Ross explained that this pressure can also have a negative effect on her platonic relationships.

‘Your friendships fall into that hole too,’ she noted. ‘So if you haven’t been chosen for a guy, then you’re going to fill all that God-size hole and all those different things with a friend, and then you become the best friend. And then it just gets all real tangled and real confusing.’