There are more than 600 documented positions for intercourse but despite the endless variety possible, the average couple alternates between two or three.

There’s no such thing as ‘the best’ position – it all depends on your shapes and height, your individual preferences, mood at the time and age and stage of your relationship.

Most couples do a mix of position and style, even if there favourites list is rather short.

But what if you never, ever shift the goal posts?

There is a LOT to be gleaned about your sex life and relationship if you always – or nearly always – have sex in the same position, over and over again.

Tracey Cox reveals what you choice of sex position says about your relationship, as it’s revealed the average couple alternates between just two or three (file image)

The bad news: Unadventurous, predictable, the world’s most boring sex position: him on top gets bad press. And it may well mean you’re both a tad lazy in the bedroom since it requires zero imagination on either part.

If he’s insisting on it, it speaks volumes about the power dynamic in your relationship. He’s the boss and you are expected to fall in line.

It may also mean he doesn’t care about your sexual needs. When he’s running the show – in complete control of the depth of penetration, the angle and the pace – it usually results in just one orgasm.

But lots of women insist on only having sex in the missionary position if they’re worried they’ve put on weight. It’s the most common sex position chosen by people with body image issues because most of your bodies are hidden from view.

The good news: Despite the bad rap, missionary is still how most couples have intercourse most of the time. It’s comfortable and, during winter, something you can easily do under the covers.

Ironically, if you’re desperate to have sex, missionary is also often the position you’ll choose simply because it’s the first position to spring to mind when you don’t care how the hell you do it, you just need to do it now!

Missionary as a go-to position usually means you’re close: few couples kiss or put their faces close together if there are anger issues or resentment simmering away.

Your sex life might be a little dull but your love life’s probably in good shape! 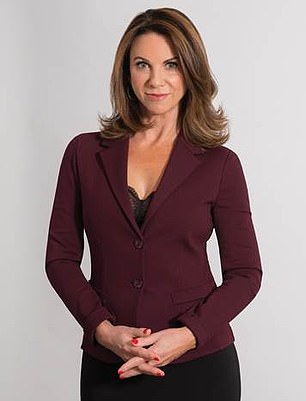 The good news: Of all the positions, this is the most likely to stimulate her G-spot, so your chances of orgasm are higher. It’s also easy for him to reach around and provide extra clitoral stimulation.

Two reasons why couples who have strong sex drives and make sex a high priority in their relationship, often opt for doggie-style.

It’s rarely chosen by insecure lovers – there’s no reassuring eye contact and your partner gets a full view of your genitals and anus.

It’s also the perfect position if you want to indulge in a fantasy that doesn’t involve your partner because you can fantasise about someone else, so couples secretly wanting to stray may also enjoy it.

The bad news: Him-from-behind is primitive: it’s animalistic, favoured by the uninhibited and driven by lust not love.

Choose it constantly and you’re focusing purely on the physical benefits of sex and ignoring intimacy.

If it’s him insisting on it and you aren’t keen, it could mean there are control issues in your relationship. Doggy is him at his most dominant and you at your most submissive and vulnerable.

The combination of deep penetration and the unleashing of the ‘beast’ in him, also means he won’t last very long.

WHAT YOUR FAVOURITE SEX POSITION?

‘I don’t often come during intercourse but I love it all the same because it makes me feel close to my partner. I prefer missionary because I like to have as much skin-on-skin contact as possible. I want to see his face and I like it when he tells me he loves me as I orgasm.’

‘I hate getting on top. My legs seize up, I feel stupid and I can’t work out how to thrust so his penis always falls out. I feel cheap and undignified and spend the whole time thinking about how wobbly my stomach is.’

‘People look down on missionary but it does the job. There’s something incredibly comforting about having the full weight of another person’s body on top of you. I like positions with eye contact, it feels impersonal otherwise.’

‘My favourite is him from behind, especially if it’s in front of a mirror. I love him but I want sex to feel like sex. There’s plenty of time for love outside of the bedroom.’

‘I’d say most guys would nominate doggie style as their favourite position. You can really go for it, go really deep, and it doesn’t really matter if you’re into the woman or not because she can’t see you. It’s exciting and manly and definitely the position I choose for casual sex.’

‘I love it when she gets on top because I like being dominated. I also get to lie back and she does all the work, which is always nice.’

‘My ex-wife used to choose sex positions that were really challenging. I felt like it was more a chance for her to show off how fit she was rather than make a connection. We were highly competitive and always trying to out do each other.’

Although most women don’t orgasm through penetration, it could mean he’s a selfish lover who is only interested in his own orgasm.

If you’re never choosing a position that’s face to face, there are generally intimacy issues in your relationship.

The good news: If you’re on top, you’re in control and the dominant person in the sexual encounter.

This position is chosen by sexually confident, sexually savvy women – and partners who are happy to let a woman take charge.

It says nice things about the power dynamic in your relationship and your body image. Because everything is laid out there in front of him, only women with a healthy degree of exhibitionism opt for it.

It may also mean there’s high trust in your relationship: it’s difficult to fake your orgasms because your partner can see your face and watch as you climax.

The bad news: In the best relationships, couples switch the sexual dynamic to give each other a chance to be submissive and dominant.

If you are always on top and he never gets the chance to be the sexual aggressor, you’re probably the boss in all other aspects of your relationship.

Not an issue if both of you are happy with us. It very much is if he’s feeling powerless both in bed and out of it.

SIDE BY SIDE POSITIONS

The good news: It’s sometimes the first position a couple have sex in (we’ll just sleep, promise…followed by you waking up with an erection pressed into your back).

Long-term though, side-by-side positions tend to be chosen by romantic couples who value intimacy over orgasm and affection over animal attraction.

There’s lots of body contact, it’s cuddly and sensual rather than sexual. It’s Sunday morning style sex (the most popular sideways position is spooning), relaxed, unhurried and perfect for when you’re turned on but not frothing at the mouth to get laid.

The biggest plus – it’s a great position for ‘slow sex’. An ‘It’s not the orgasm but the journey’ philosophy which nearly always results in more orgasms for her and suggests a gentle, future orientated relationship.

The bad news: It lacks the lust appeal of doggy and the face-to-face emotional intensity of missionary which is probably why side-by-side positions rarely make the top three of the most popular.

Lazy springs to mind – it’s even less effort than him-on-top – and it could mean that sex isn’t a huge priority in your relationship.

Side-by-side sex is often an afterthought: Should we? Shouldn’t we? Or shall we just lie here and have a cuddle? 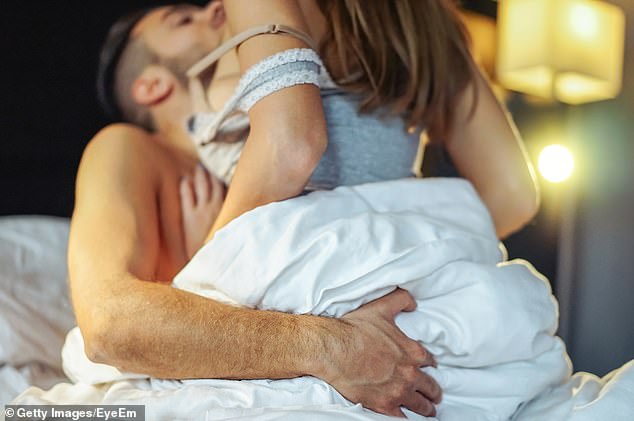 The good news: If penetrative sex is painful or he has erection difficulties which make it a challenge, this is a good solution. In this case, having oral sex is a great way of achieving orgasm together without stress or discomfort.

Lots of women only orgasm with their partner through oral sex. If this is what you do to ‘finish off’, then it means your relationship and your sex life are in terrific shape – and there’s probably no orgasm gap.

But just because you can’t orgasm through penetration, doesn’t mean you can’t indulge your partner if they enjoy it. (Ask the 80 per cent of women who regularly have intercourse and never orgasm that way.)

Even if it is the surest road to orgasm, refusing to enjoy anything but oral sex can mean problems with intimacy and commitment.

If you’re only ever face to face with each other’s genitals, sex becomes impersonal.

Visit traceycox.com to find out more about sex and relationships. Tracey’s product ranges are available from lovehoney and her new book, Great Sex Starts at 50, from amazon.