Inviting other people into your bed is always tricky – especially if you’re part of a couple.

Most people underestimate just how shocked they are seeing their partner interact sexually with someone else.

One of you likes it a little too much, he can’t rise to the occasion, you all feel awkward – and it’s nothing like it was in your fantasies.

There are many (many) reasons why group sex can go very wrong, very easily.

I asked women to tell me their stories of threesomes that didn’t quite go to plan.

Here’s three of the most interesting (and believe me, the competition was fierce!)…

Women who have had threesomes tell Tracey Cox what it’s really like, and whether it’s worth rocking the boat in your relationship by involving another person (stock image)

It became painfully obvious my long-term boyfriend was gay

I met my boyfriend the day I started university. We were instant soulmates and it was obvious to all that we’d spend our lives together.

Sex was the weakest part of our relationship but everything else was so perfect, I didn’t really care. I’ve never been that into sex, so I didn’t think too much about it. 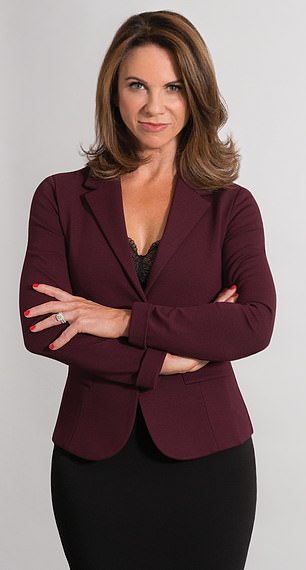 When the agreed day arrived, I’d never seen him so excited. He was one step off literally jumping up and down. The guy arrived and was really good-looking. My boyfriend couldn’t take his eyes off him which made me feel very uncomfortable.

We all had some drinks and got on the bed. The guy kissed me and my boyfriend watched and it was fine but when I said, ‘You’re allowed to kiss him as well’, he didn’t wait a second before grabbing the guy and kissing him like he’d never kissed me. They were all over each other, feeling each other’s bodies and looking to me for permission to take it further.

I nodded and I sat back and watched them on the bed. I think maybe a part of me had been suspicious for the last year or so, but I finally let myself admit the man I’d loved for five years was gay.

It was like a movie where they suddenly switch to the main character flashing back to moments in their life and seeing things clearly. My boyfriend was so passionate and bigger than life with everything but strangely subdued and detached during sex. It was always left up to me to initiate. I sometimes caught him looking at me, looking so sad. I think he struggled with his sexuality and tried really hard to be straight, so he wouldn’t hurt me.

He didn’t wait a second before grabbing the guy and kissing him like he’d never kissed me. They were all over each other, feeling each other’s bodies and looking to me for permission to take it further

I got up and left the room, crying. He got up immediately and followed me. When I told him I knew he was gay, he started sobbing as well and saying he’d hoped that being with a man in real life would prove he wasn’t. But we both knew the opposite had happened.

My sister’s friend walked in. It was easily the most excruciatingly embarrassing moment of my life.

I was going out with a guy who’d had loads of threesomes but I’d never had one and was curious. He booked a night in hotel in London for my birthday and joked that he’d throw in a high-class hooker as well. I laughed and said ‘No way!’ but then thought, ‘Why not?’. I left it to him to choose the girl (he did it online) but demanded final approval. She had olive skin and dark hair and was curvy. Fine by me!

I didn’t sleep the night before and was so nervous by the time we got to the hotel. I felt even more paranoid when we checked in because it was boutique and tiny! I imagined the escort turning up in a mini and thigh-high boots and asking for our room and the front desk knowing exactly what was going on and who’d ordered her!

When she did turn up, she was an attractive blonde girl, late 20s, Eastern European, with a high pony tail, wearing a mustard coat I’d had my eye on in Zara. (Nothing like the photo but I’d guessed that was all a con!)

Don’t have one spontaneously, if you’ve never done it before. Especially if you’re a committed couple. Discussions need to be had beforehand.

Don’t have one when you’re really drunk or high.

Don’t do it with your best friends. If it all goes horribly wrong, it will harm the friendship.

Do set rules and guidelines. Who is allowed to interact with who? Which activities are allowed and which aren’t?

Do put the relationship over the sex. Keep a close eye on each other. If anyone looks distressed or like they aren’t enjoying it, stop and talk about whether you want to continue.

Do experiment when you’re single, if the idea tempts you. The fallout for couples is often worse because of jealousy and trust issues.

My boyfriend poured the champagne we’d ordered and suddenly she was naked, bar a tiny, plain, no-frills looking G-string. I looked at her body and was relieved to see that while she had a good body, it wasn’t threateningly good. Her breasts were a bit saggy. She had a flat tummy but normal girl thighs – they weren’t perfect at all. I took my clothes off and got on the bed.

I kissed her for a while which was, for me, the sexiest part. She was a great kisser and way better than most men. She tasted like toothpaste and her mouth was so much softer than a man’s. Totally different to how a man’s tongue and mouth feels. Her tongue was so small.

It was a surreal sensation. I kept thinking, ‘This is what it feels like for men who sleep with me’.

To be honest, I kind of forgot my boyfriend was even in the room. I was so curious about the whole experience of being with a woman. (He was under strict instructions to watch until I gave him permission to join us.) What I didn’t realise was how many drinks he’d been knocking back while watching us. He asked if we wanted him to order  champagne and I said yes.

What I didn’t expect was for him to invite the room service waiter into the room to deliver it. He was so drunk and just not thinking. I heard the knock on the door and thought he’d taken the bottle from the waiter but next thing I sensed someone else in the room. I sat up, shocked that he’d let someone in while I was on the bed making out with a woman, and locked eyes with the guy opening the champagne. I knew him!

It was easily the most excruciatingly embarrassing moment of my life. He was a good friend of my sister’s from university and he’d been over to our parents’ place for dinner.

I quickly hid my face but I could tell by his reaction that he’d completely clocked who I was. When he left, I shouted at my boyfriend like I’ve never shouted at anyone before. What an idiot! What was he thinking? The girl left immediately and so did I.

I broke up with my boyfriend after that: he thought it was hilarious, I was furious. I lived in fear for months afterwards that the guy would tell my sister, constantly watching her face and trying to suss out if she knew anything. She’s never said a word and I haven’t seen the guy since. A lucky escape but it put me off trying anything remotely out there since.’

I quickly made friends with two guys who were crew on our sailing boat. They were both really flirty with me and it was clear both wanted to sleep with me. It became a competition over who was going to win me over, but in a fun rather than serious way.

On my last night, we all went to the resort bar and drank loads. When it closed, it seemed rude not to go to their room to continue partying. They were hot and they were fun and both so complimentary – it was a massive ego-boost.

I think I would have married him had we not met the way that we did, but in the end it destroyed us

When we stopped kissing, the young guy grabbed me again and we kissed. Then I leant back into his arms and he started kissing my neck and feeling my breasts and the older guy put his hands on my hips and pulled me towards him and next thing we’d all moved to the bed and both of them were making love to me.

I can’t remember feeling either shocked or surprised. I do remember feeling really turned on and not coerced into it. I think I joked that they’d planned it and they grinned and admitted it. It was clear I could say no at any point but I didn’t want to.

The younger guy was the first one inside me and it felt amazing. I loved it but I was hotter for the older guy, even at that point. I reached for him and he sort of pushed the other guy off and then he was inside me. Their thrusting styles were radically different: his was more of a grinding motion and he kissed me during it while the young guy didn’t. 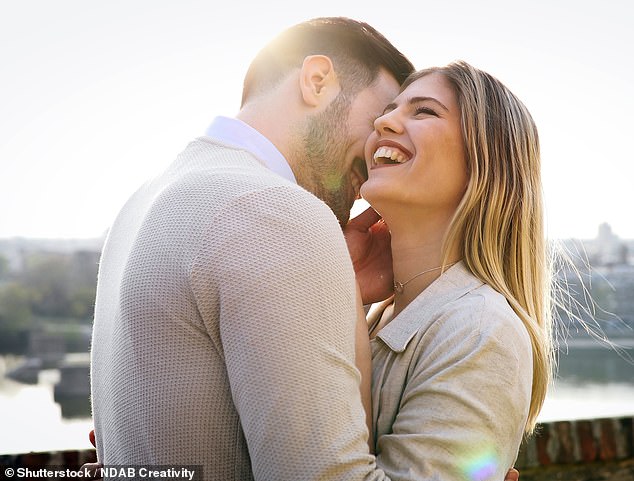 I don’t know when I stopped enjoying it, but it was suddenly all too much. It went from feeling pleasurable and racy to feeling like I was out of control. It was like someone had flipped a switch: so fast! One minute I was moaning, the next I was crying. We were all so drunk at this point something was bound to go wrong.

Immediately they both stopped. The older guy cuddled me and I remember the young guy saying, ‘S***, is she OK?’. They were both nice guys and neither wanted to do anything I didn’t want done to me. Up until that point, I’d been very willing.

I ended up staying in contact with the older guy. We texted a bit and then started calling and next thing he asked if he could come to visit.

About three months after that, he threw in his job, came to live with me and proposed. I think I would have married him had we not met the way that we did, but in the end it destroyed us.

To check out Tracey’s product ranges, books and to find more information about sex, visit traceycox.com.

* All names have been changed