Trader Joe’s isn’t removing branding that was labelled ‘racist’ in a recent petition, despite earlier saying they recognize names such as Trader Ming’s and Trader Jose may have had the ‘opposite’ effect of the ‘welcoming customer experience’ they strive for.

The petition was first launched in early July and has amassed more than 5,000 signatures, but after reports the company was rebranding the products, they have clarified that will not be the case.

‘We disagree that any of these labels are racist. We do not make decisions based on petitions,’ the brand wrote on its website.

‘We make decisions based on what customers purchase, as well as the feedback we receive from our customers and Crew Members. If we feel there is need for change, we do not hesitate to take action.’ 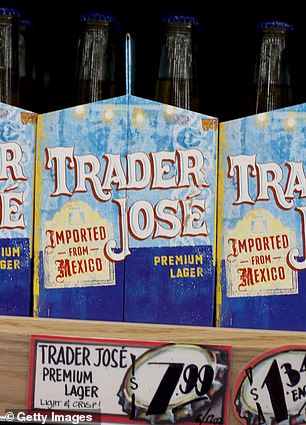 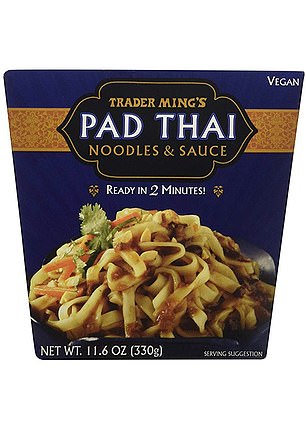 The California-based grocer had at least six brands that used popular or common names from various other countries to sell products, including Mexican beer ‘Trader José Premium’ (left). Trader Joe’s has Chinese-inspired salad and Thai noodles both under ‘Trader Ming’s’

The California-based grocer had at least six brands that used popular or common names from various other countries to sell products.

In the petition, 17-year-old Briones Bedell argued that the grocery chain labels some of its ‘ethnic foods with modifications of ‘Joe’ that belies a narrative of exoticism that perpetuates harmful stereotypes.’

‘The Trader Joe’s branding is racist because it exoticizes other cultures – it presents ‘Joe’ as the default ‘normal’ and the other characters falling outside of it,’ the petition continues.

‘The common thread between all of these transgressions is the perpetuation of exoticism, the goal of which is not to appreciate other cultures, but to further other and distance them from the perceived ‘normal.”

Trader Joe’s said that in the past changes have been made based on sales. 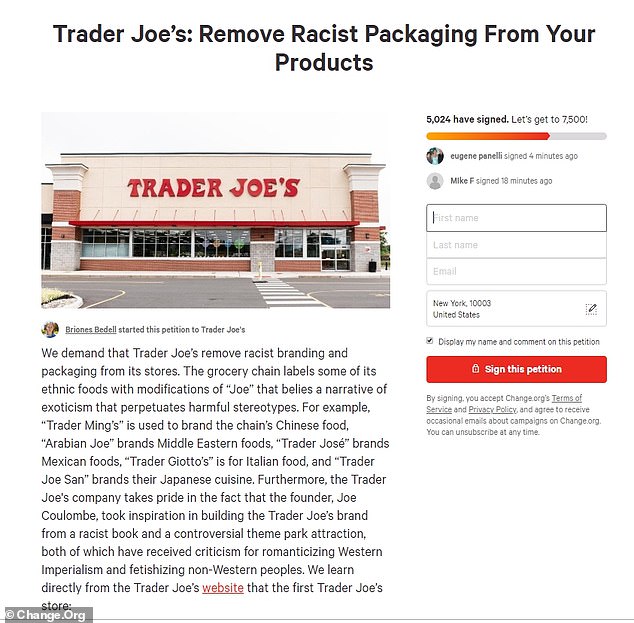 In the petition, 17-year-old Briones Bedell argued that the grocery chain labels some of its ‘ethnic foods with modifications of ‘Joe’ that belies a narrative of exoticism that perpetuates harmful stereotypes’ 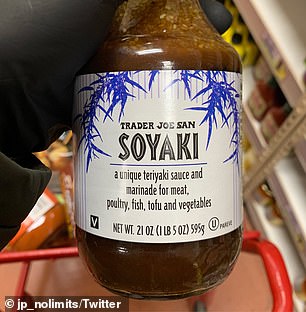 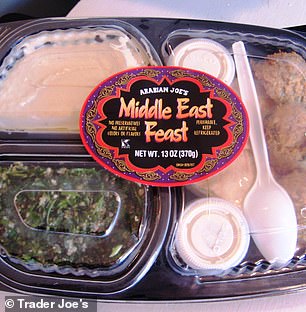 Trader Joe’s said a couple of years ago the Buying Team reviewed products and got rid of what didn’t resonate at the time. ‘We found that some of the older names or products just weren’t connecting or selling very well; so, they were discontinued,’ the brand explained 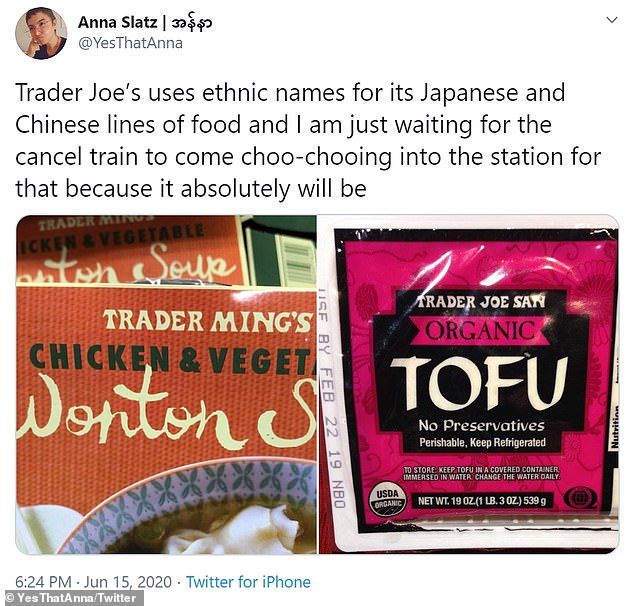 ‘We constantly reevaluate what we are doing to ensure it makes sense for our business and aligns with customers’ expectations,’ the brand added in the message.

‘A couple years ago we asked our Buying Team to review all our products to see if we needed to update any older packages, and also see if the associated brands developed years ago needed to be refreshed.

‘We found that some of the older names or products just weren’t connecting or selling very well; so, they were discontinued. It’s kind of what we do.’

Trader Joe’s said in a statement last Friday that they think the decisions from their buying team from decades ago are still seen as ‘fun and show appreciation for other cultures’ in 2020.

The grocery store chain has heard from many customers reaffirming that the name variations are ‘largely viewed in exactly the way they were intended’.­ As the products still resonate will many customers they will remain on shelves. 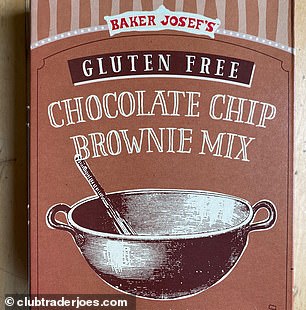 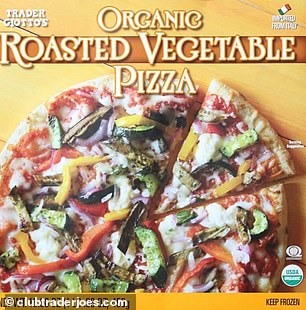 The company originally claimed that it had made the decision to stop selling under the alternative names before the petition came up. However they claimed they were still in the process of phasing out the labels. But last week the message was different and they said their customers like the tongue-in-cheek branding

It was a U-turn for the brand which previously said in a statement that it had made the decision to stop selling under the alternative names before the petition came up. However they claimed they were still in the process of phasing out the labels.

It was after other brands including Aunt Jemima’s and Uncle Ben’s admitted their racist roots and vowed to be more inclusive by changing their names and caricaturized associated imagery.

Trader’s Joe’s initial response followed the petitioner saying, as stated on the company’s website, that founder Joe Coulombe had been reading a book called White Shadows in the South Seas and had been to the Disneyland Jungle Trip ride when he come up with the design concept for Trader Joe’s.

‘The book White Shadows in the South Seas is racist because it perpetuates the myth of the ‘white god’ and the ‘noble savage’ stereotypes,’ the petition claims.

‘It becomes even more racist in context because the founder of Trader Joe’s said that he was inspired by this book in some way when creating his company, a book which shows traders’ exotification of non-Western peoples turned into violent exploitation and destruction.’

It adds that the Disney ride is also racist because ‘it displays caricatures of non-Western peoples alongside exotic animals, as an attraction at a theme park to be gawked at’. 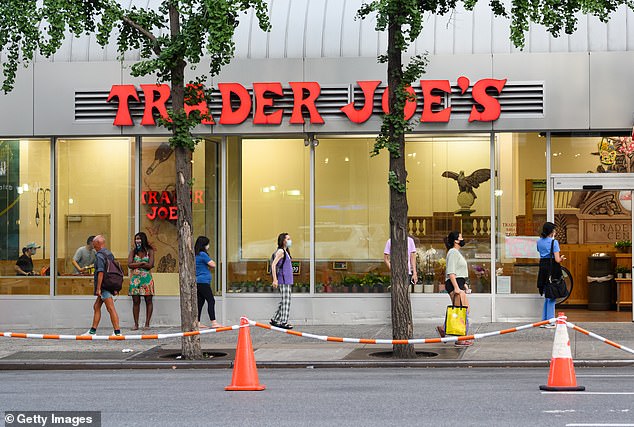 For year’s Trader Joe’s has been negatively linked to gentrification trends that have seen oppressed groups pushed out of neighborhoods made more appealing to with the arrival of a store. Pictured, people stand in line outside Trader Joe’s in Kips Bay as New York City on July 9 One Wednesday he announced he has rescinded the affordable housing rule so people with lower incomes would not be able to move away from the city. Meanwhile the gentrification of low-income areas, often prompted by the arrival of desirable stores, remains an issue

It’s not the first time Trader Joe’s has been criticized for its approach to labeling.

‘As is often the case in American workplaces, classrooms, and other environments, ethnic names are something to be mocked or not taken as seriously compared with their Anglophone counterparts,’ a scathing review from Nylon said last year.

In 2019, an article from food website The Kitchn slammed the company for only branding products as ‘authentic’ cuisine if they had their origins outside of Europe.

Indian and Mexican dishes were branded as ‘authentic’ but European foods were not, it found.

‘By marketing certain foods as ‘authentic,’ Trader Joe’s is subtly supporting racist and colonial hierarchies — which no one wants to see from ‘your neighborhood grocery store’,’ it added.

For year’s Trader Joe’s, like Whole Foods, has been negatively linked to gentrification trends.

The trend prompted one neighborhood in Portland to say no to a Trader Joe’s in 2014.

Trader Joe’s decision not to rename the items based on feedback from its clientele came the day after Trump’s warning to ‘Suburban Housewives of America’ that his Democratic rival Joe Biden would ‘destroy your neighborhood and your American Dream’ by ending housing discrimination and making affordable housing more widespread.

After saying he would ‘preserve’ their neighborhood and ‘make it even better’ last week, this Wednesday Trump tweeted to his followers that low-income households would no longer ‘bother’ privileged populations.

‘I am happy to inform all of the people living their Suburban Lifestyle Dream that you will no longer be bothered or financially hurt by having low income housing built in your neighborhood,’ Trump tweeted on Wednesday. ‘Your housing prices will go up based on the market, and crime will go down. I have rescinded the Obama-Biden AFFH Rule. Enjoy!’