A pipe has exploded critically injuring a worker at the IMAX Theatre in Sydney’s Darling Harbour on Friday.

Police and emergency services were called to the construction site about 10am on Friday following reports the man had been injured in a workplace incident, a NSW Police spokesperson said.

The man is understood to have a head injury and was treated by paramedics at the scene.

Police are investigating and have urged motorists to avoid the area.

The popular tourist attraction which hosted the world’s largest cinema screen closed in 2016 for redevelopment.

Developers Grocon & Greaton are building the $700 million redevelopment according to the IMAX website. 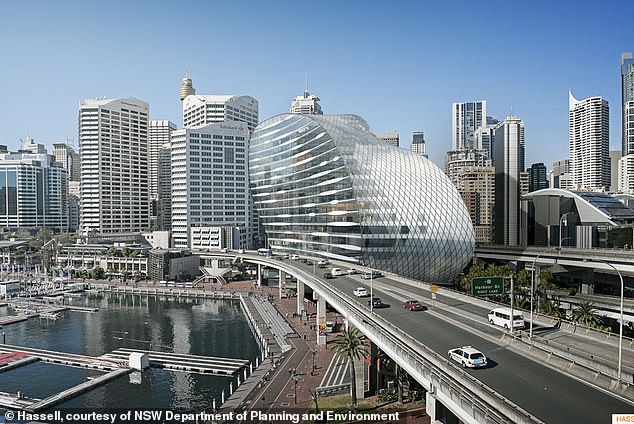 The IMAX redevelopment artist’s impression. A man has suffered critical injuries at the work site on Friday after a pipe exploded on Friday