Mourners have paid tribute to two young sisters who died after were pulled from their car in 31C heat.

Kerri-Ann Conley, 27, was charged with murder after her daughters Darcy and Chloe-Ann, aged one and two, were found in the car outside their home in Logan City, south of Brisbane at 1.30pm on Saturday.

Paramedics could not revive them and they were declared dead at the scene.

Neighbours told the Courier Mail the girls, who were reportedly left in the black Mazda 6 station wagon for up to seven hours before being found unresponsive by police, were ‘gorgeous little girls’.

Members of the local community visited the home on Logan Reserve Road, in Waterford West, to remember the girls on Sunday morning.

Flower bouquets and stuffed animals were placed on the grass below the front fence, which is lined with police tape amid investigations into the deaths. 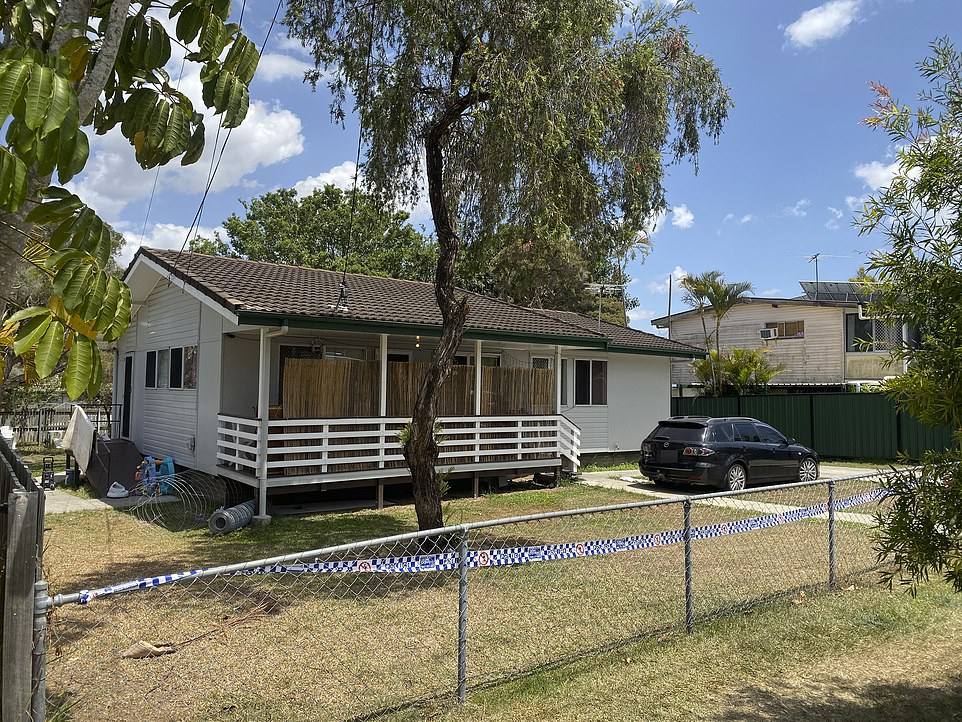 The mother of the two sisters was charged with two counts of murder. Pictured: The car the girls were allegedly left to die in 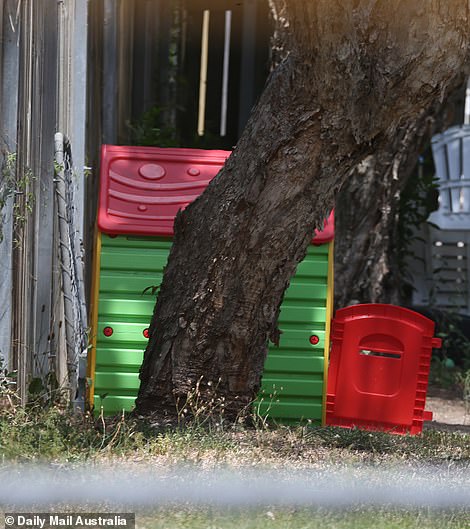 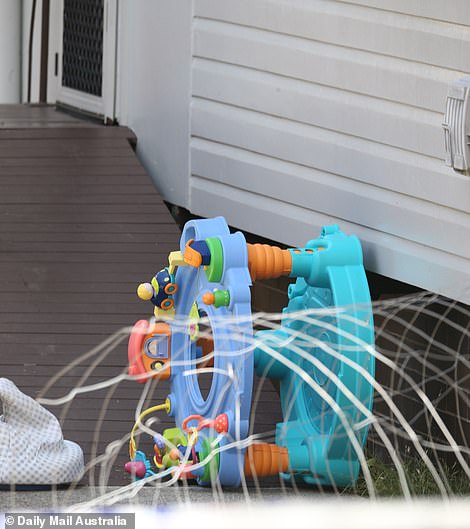 Children’s toys are seen sprawled in the front yard behind the front fence of the house in Waterford West, Logan 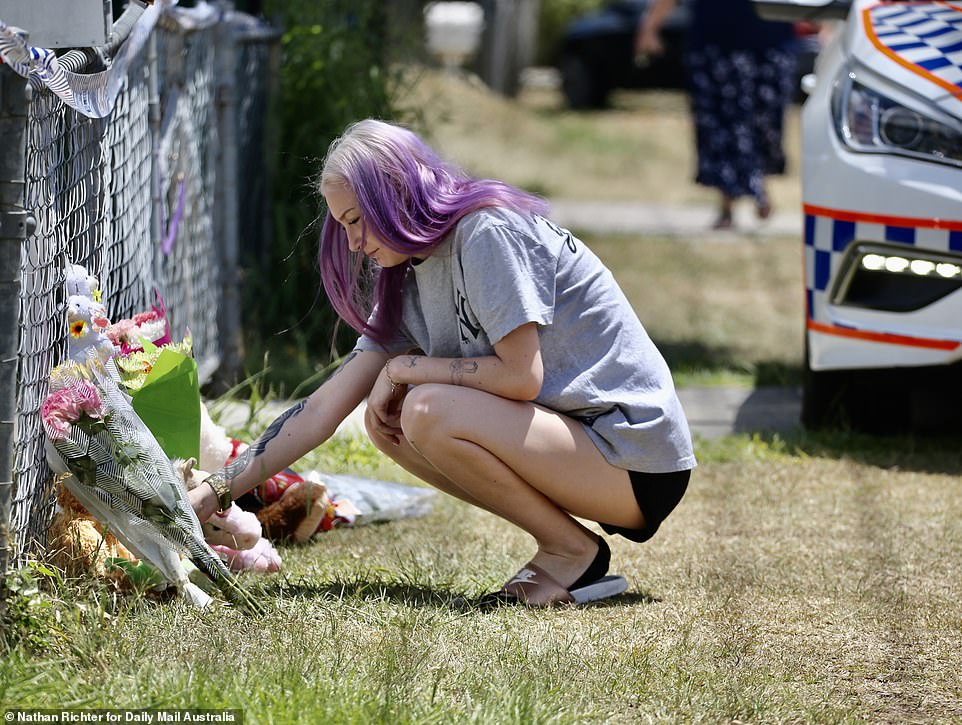 A woman pays tribute to the young victims, aged one and two, on Sunday morning 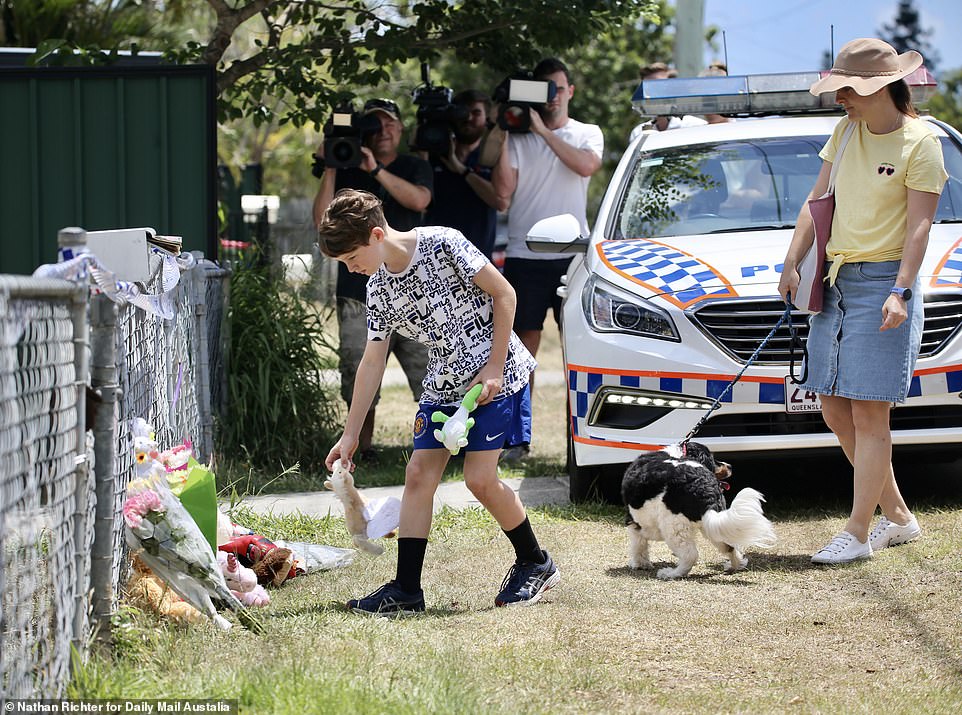 Tributes for the young girls also poured in online after their tragic deaths.

‘Sad to hear… RIP little angels… thoughts with the service members that found the kids,’ another commented.

Police spoke to Conley for hours before she was charged with two counts of murder late on Saturday night.

She is due to appear at Brisbane Magistrates Court on Monday.

Police remain at the home and are putting together a timeline to establish how long they had been in a black station wagon parked across the property’s front yard.

One neighbour told the Courier Mail that her grandson recalled seeing the children in the car at 6.30am, seven hours before they were found.

‘Paramedics made attempts to revive those children, unfortunately they were both declared deceased at the scene,’ he told reporters in a press conference.

‘The two children showed evidence of being exposed to extreme heat.’

‘It’s tragic and we are putting a lot of emphasis on supporting our staff, because they do a very difficult job,’ he said. 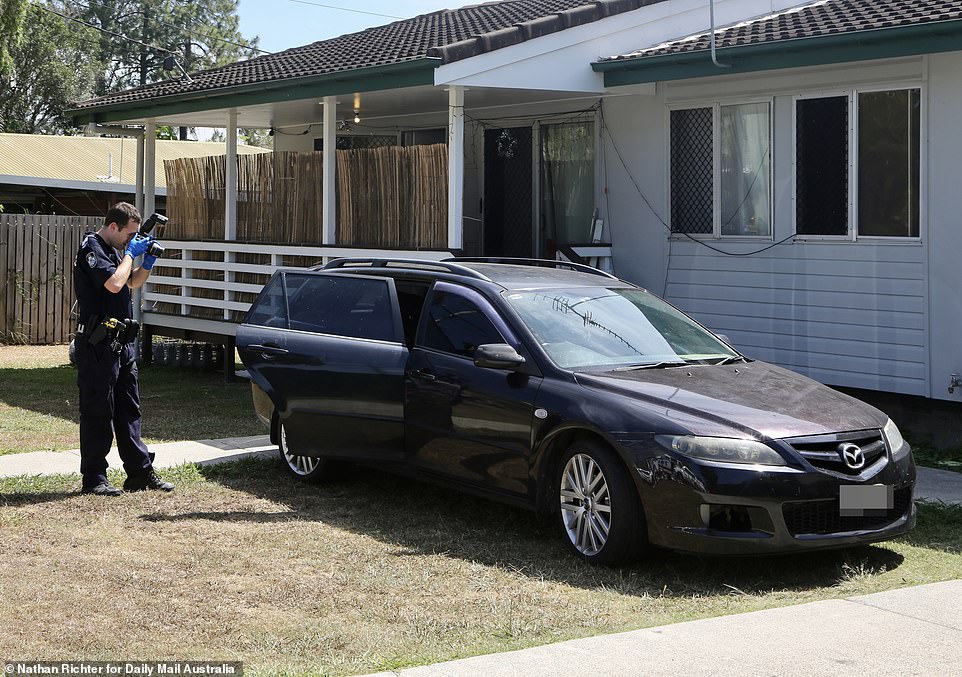 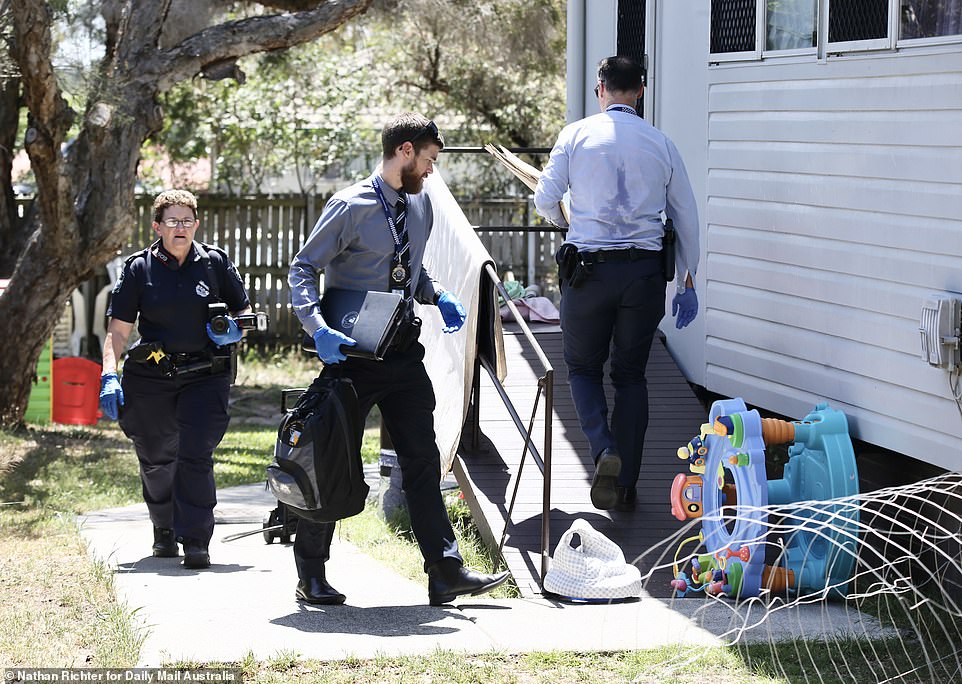 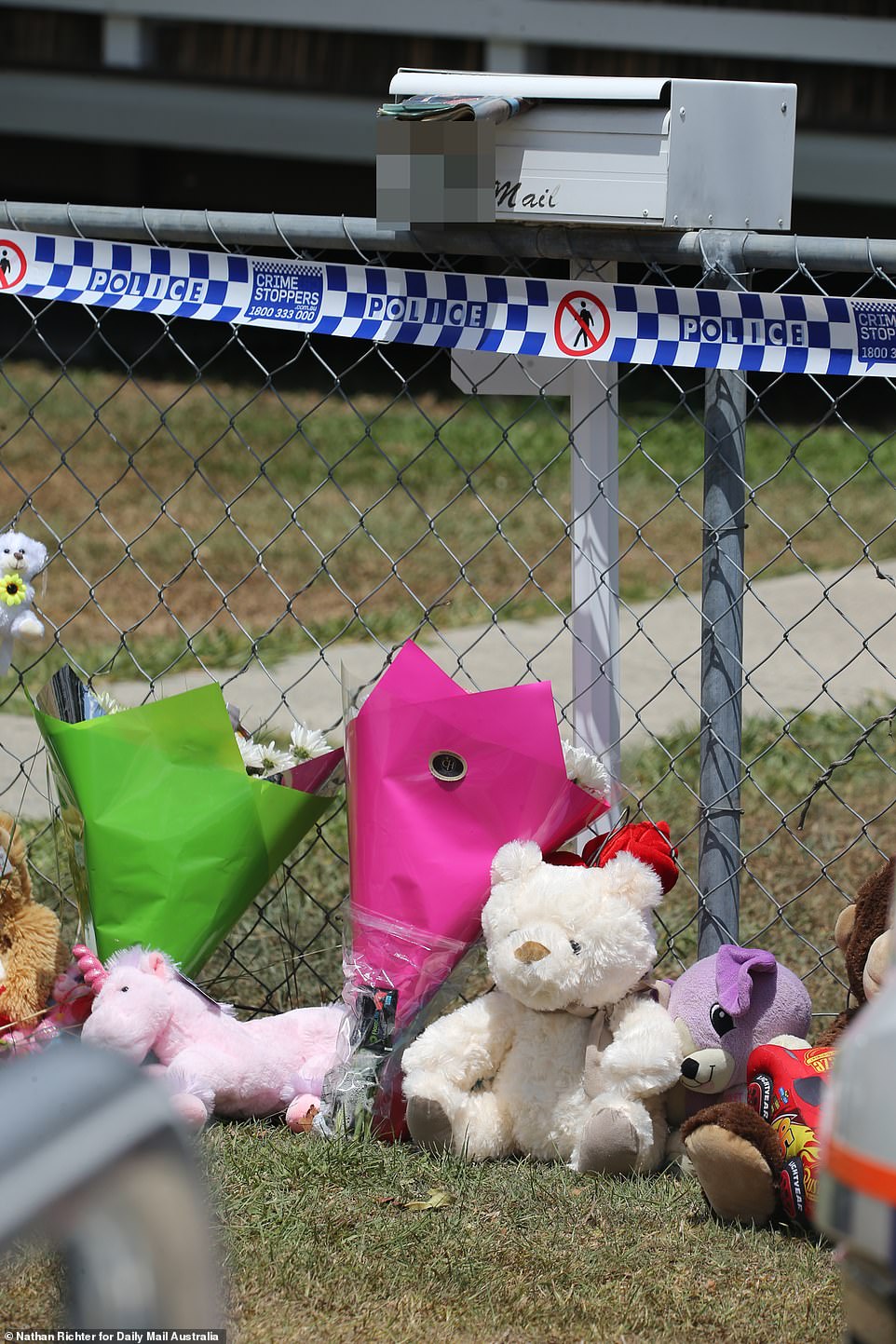 Pictured: Tributes for the two sisters sit below the mail box and police tape lined across the front fence 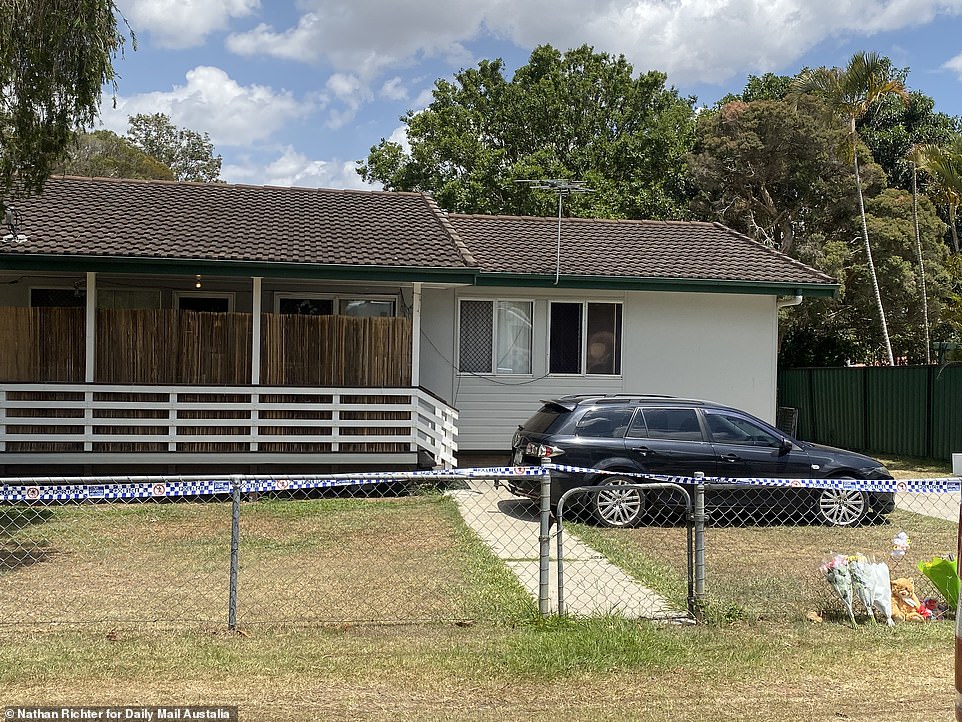 The mother of the two girls, aged one and two, was charged on Saturday night. Pictured: The car the two girls were found in 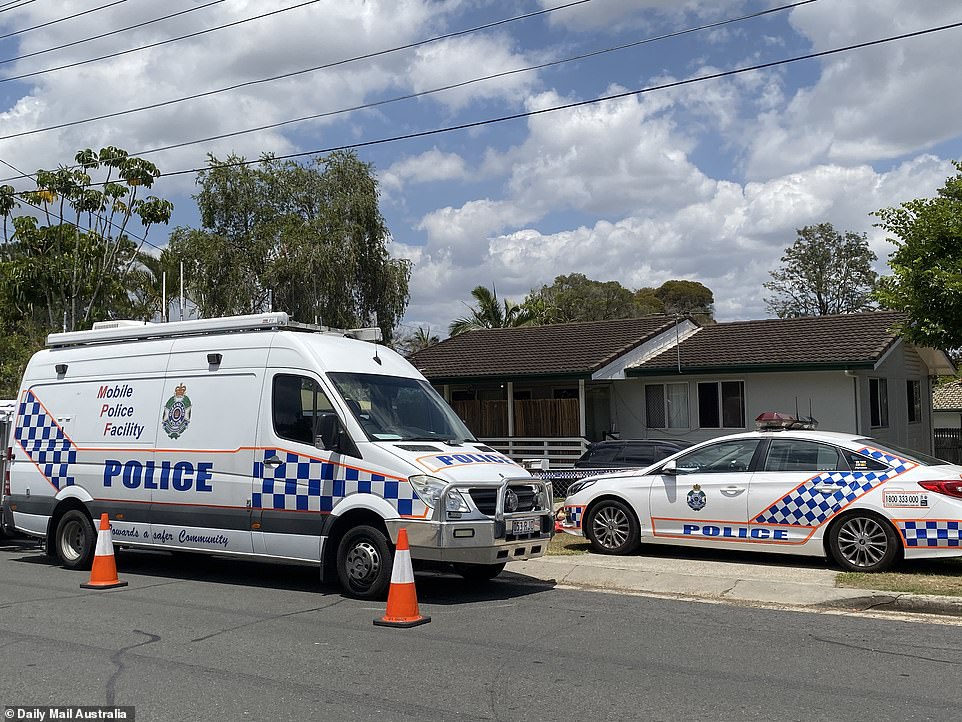 Police crews remained at the scene in Logan, near Brisbane, on Sunday morning. The girls were found on Saturday 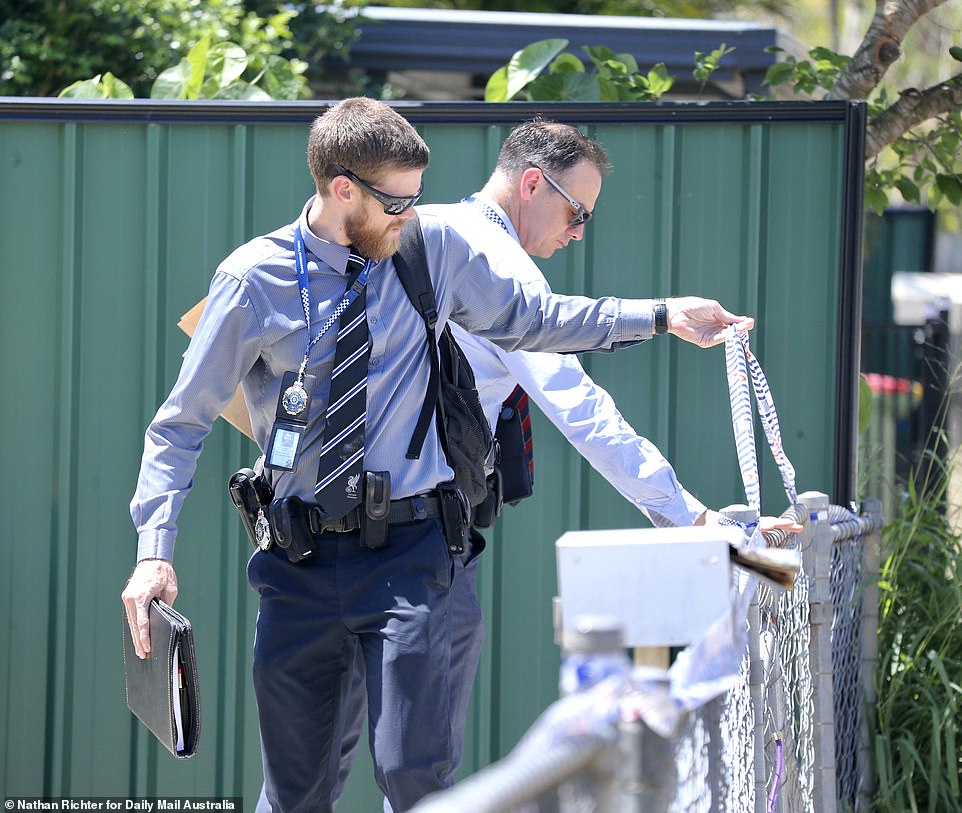 Another neighbour told the Courier Mail that her granddaughters saw the girls’ bodies being carried out of the house after being splashed with water to cool them down.

‘My granddaughters saw the babies being carried out of the house soaking wet,’ she said.

‘It is a tragic accident, she was a good mum.’

Conley had reportedly moved into the home about six months ago.

It is the same property that police searched when investigating the murder of Beenleigh schoolgirl Tiahleigh Palmer, 12, in 2015. 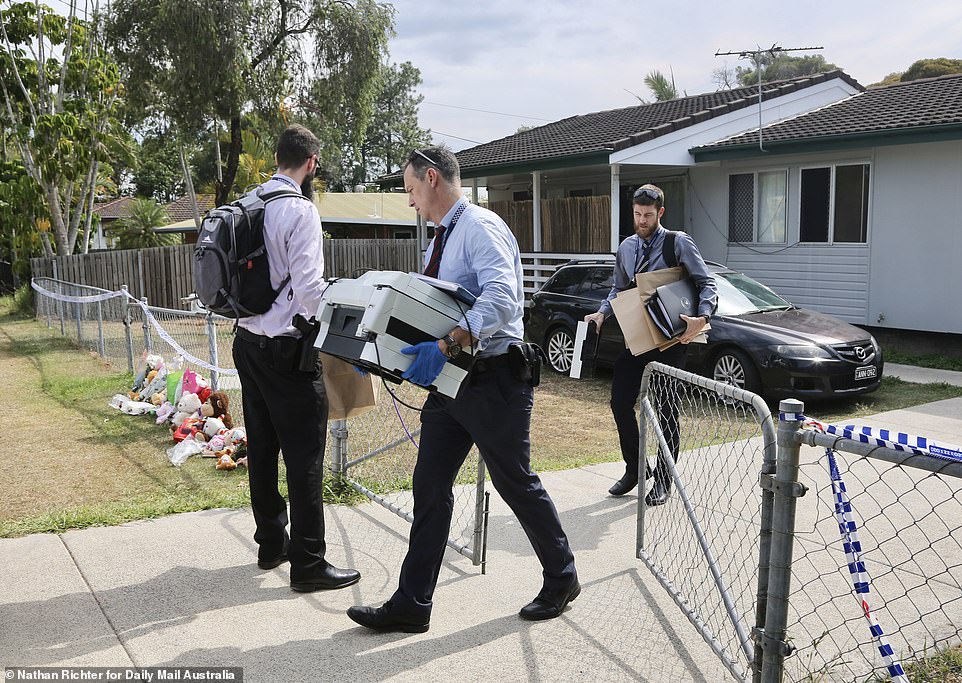 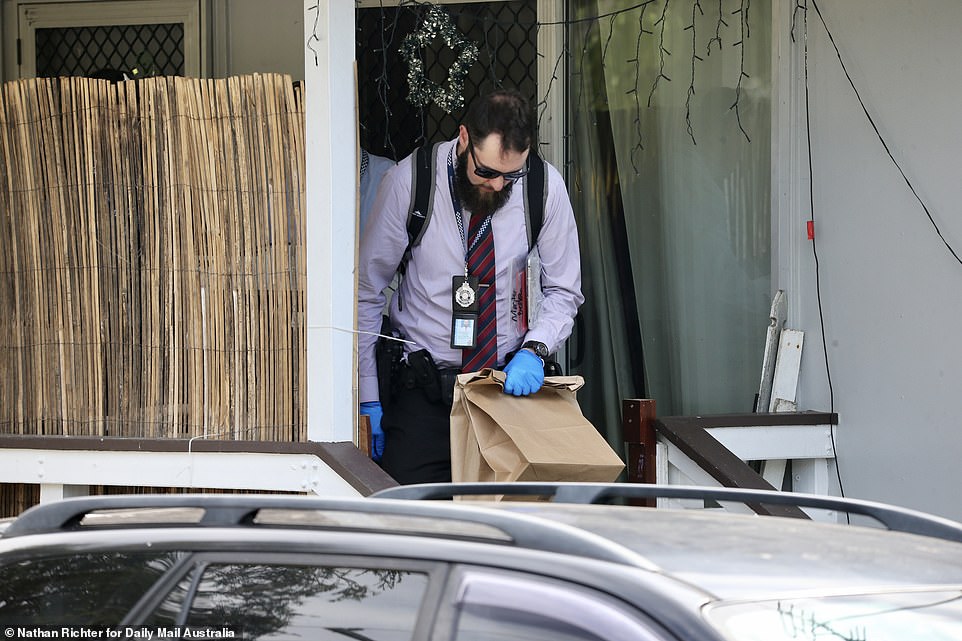 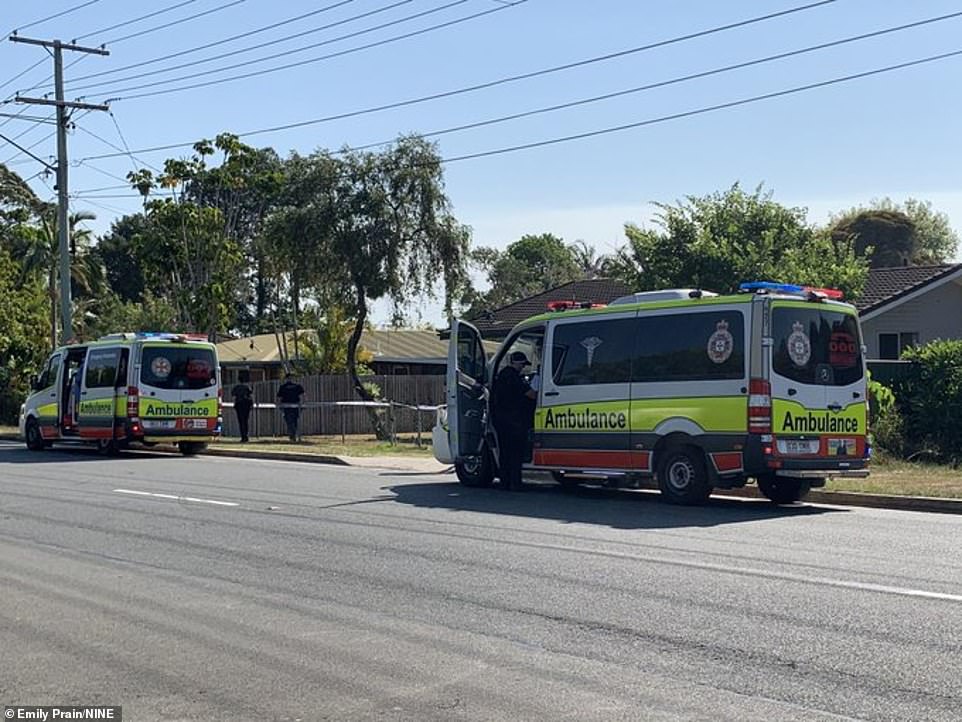 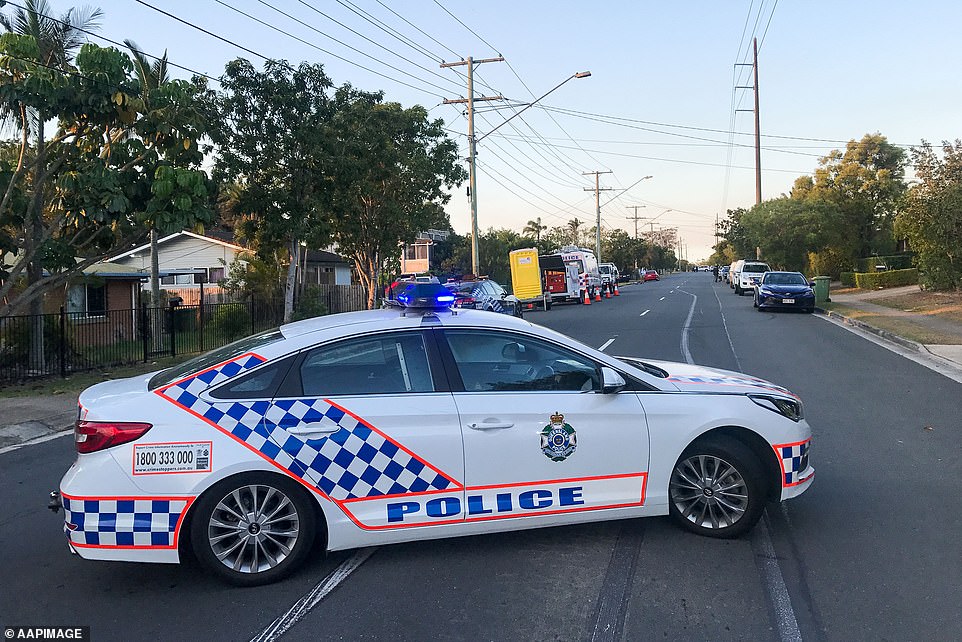 Police forensics (pictured) examine a vehicle outside a property in Logan, south of Brisbane 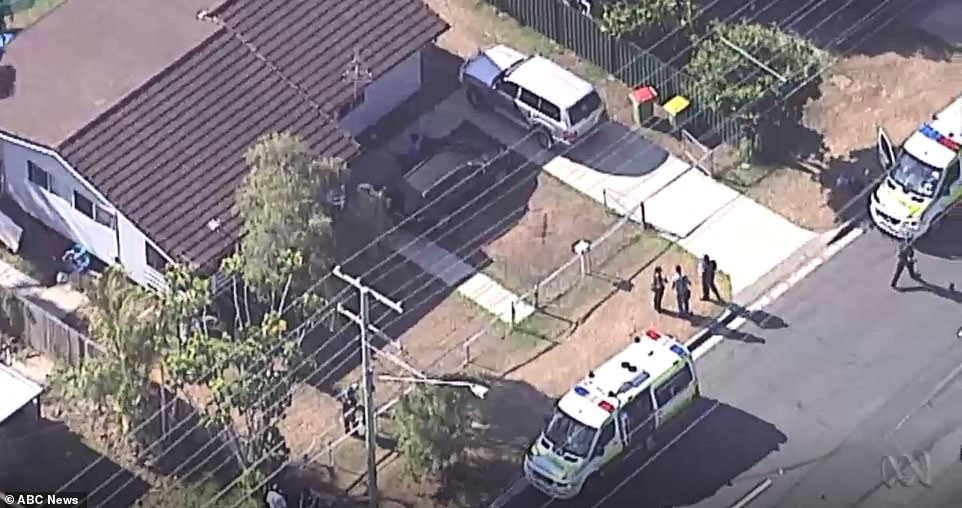 Emergency services were called to the Waterford West property at 1.35pm on Saturday

Officers were searching for links between Tiahleigh and the then-occupants but did not find any before her foster father pleaded guilty in 2018.

Temperatures reached highs of 31C in Logan on Saturday.

The temperature inside a parked car can be more than 30 degrees hotter than outside the car, according to the NRMA.

Up to 75 per cent of the temperature increase occurs within five minutes of the car being closed.

‘A child left in a parked car under those conditions for even a few minutes can very quickly become distressed, dehydrated and can die from organ failure,’ the NRMA website states. 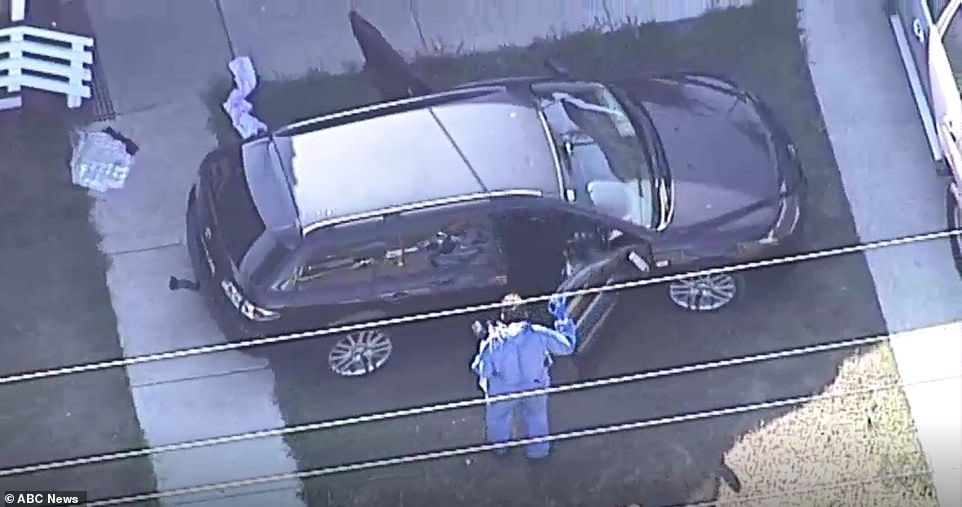 The girls, aged one and two, were found unresponsive and paramedics desperately tried to revive them but they were too late. Pictured: The car