A train derailed near Milan on Thursday morning killing at least two people and seriously injuring 10 others.

The train was on its way from Cremona to the Garibaldi Port station in Milan when it derailed between Segrate and Pioltello, according to local photographer Giorgio Morera.

Morera reports that five people are still stuck inside the train, with images showing emergency crews climbing inside crumpled carriages which appear to be spattered with blood.

It is not clear what caused the train, which bears a Trenord logo, to come off the track around 7am local time.

A spokesman for state train firm Ferrovie dello Stato confirmed that an accident had occurred in Pioltello, some 40 kilometres from Milan, without giving details on potential casualties. 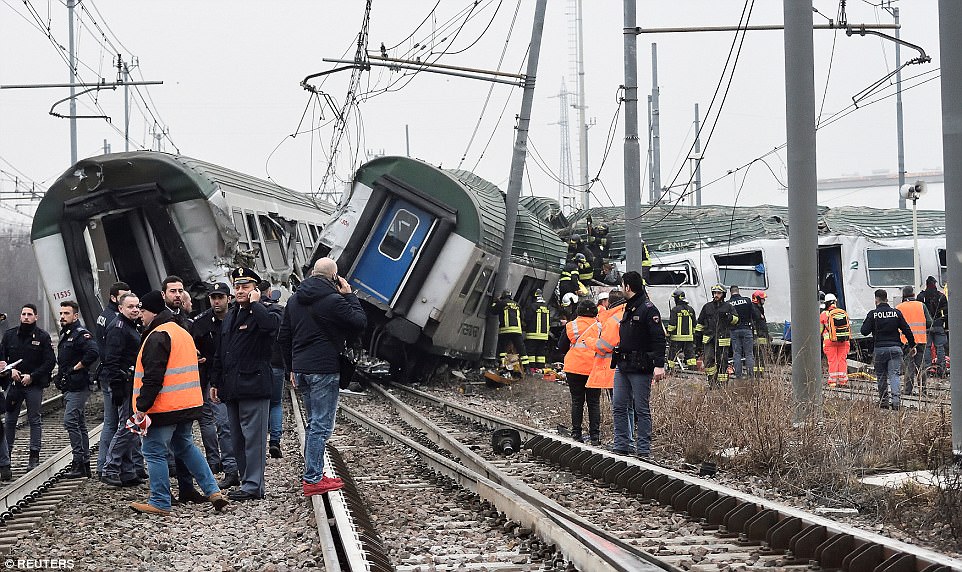 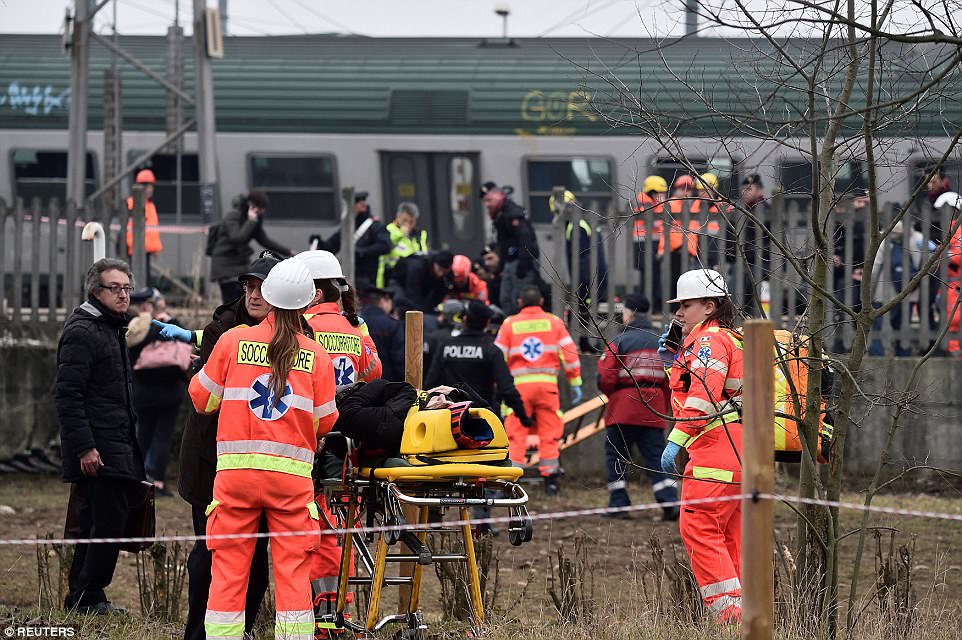 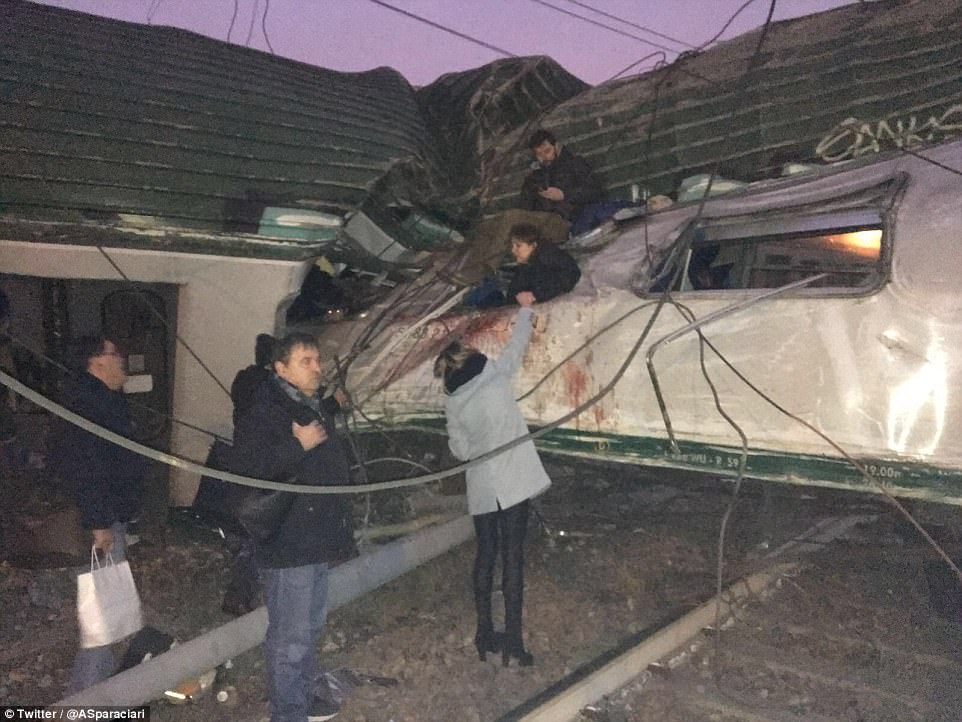 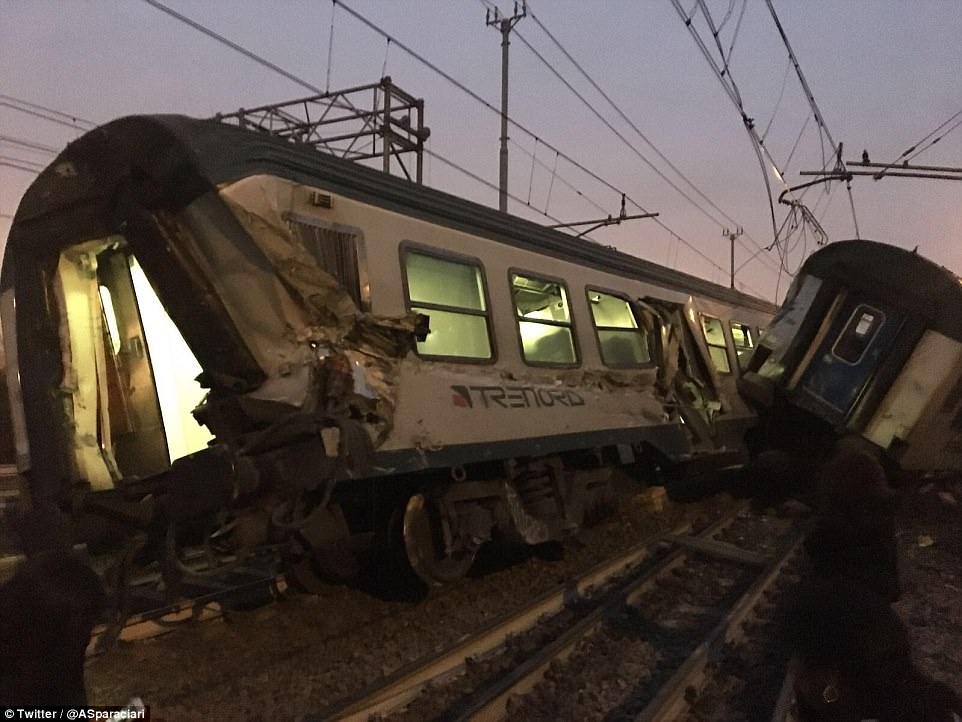