‘When I’m drunk I send naughty images’: Train guard who was fired for sending a coworker a photo of his penis on Snapchat loses his bid to be rehired

A train guard who was fired for sending his colleague a picture of his penis on Snapchat has lost his bid to be reinstated.

Sydney Trains guard Rodney Fussell was dismissed from his role on August 15, 2018 after he sent a picture of his genitals to co-worker Kendall Abbott.

Mr Fussell had added Ms Abbott on the social media app a day before he sent the photo on February 25, 2018. 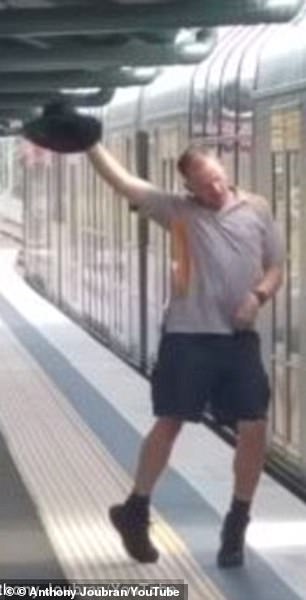 In 2015, Mr Fussell (pictured) was filmed channelling his inner Michael Jackson as he danced to the song ‘Billie Jean’ while working

Ms Abbott was watching television with her husband and two children when she received a message from Mr Fussell, whose username was ‘King Rod’.

He told her that he had been drinking, and ‘when I am drunk I send naughty images’.

She told him to ‘not send me a picture of you d**k’, to which Mr Fussell replied ‘don’t girls like d**k pics because guys like to get cl*t pics’.

Mr Fussell sent a picture of his erect penis with the letters ‘fwb’ in the caption – which Ms Abbott understood to mean ‘friends with benefits’.

Incensed, Ms Abbott messaged him back saying ‘don’t f**king do that again’ and ‘what the f**k is wrong with you’.

Mr Fussell attempted to backtrack and told Ms Abbott he meant to send her a photo of his tattoo.

Ms Abbott blocked Mr Fussell on Snapchat and told other employees about the incident to ‘let them know what a f**king grub scum bag he is’.

Superiors found out about Mr Fussell’s message and he was sacked.

He complained to the Fair Work Commission of being dismissed unfairly but his application was dismissed.

Mr Fussell had argued the message was a ‘one-off accidental event’ and apologised.

‘While the sending of the offending image may have been a one-off lapse of judgment, the image was at the extreme outer limit of offensiveness,’ Mr Bull said.

In 2015, Mr Fussell was filmed channelling his inner Michael Jackson as he danced to the song ‘Billie Jean’ while working.

Mr Fussell twirled, gyrated and moonwalked between the platform and a carriage at Waterfall train station south of Sydney’s CBD. 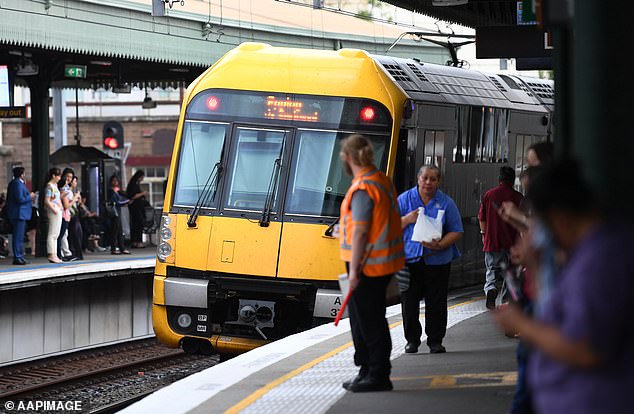