‘I don’t know what is going to happen’: Mauricio Pochettino admits he cannot say whether Christian Eriksen will stay at Tottenham amid ‘a lot of interest’

Mauricio Pochettino has finally spoken out on Christian Eriksen’s situation and admitted he is unable to say whether the playmaker will remain at Tottenham.

The playmaker was crucial to Spurs Premier League and Champions League ambitions last season, though admitted following defeat in the Madrid final by Liverpool that he was ‘ready to try something new.’

Speaking on the situation for the first time since, Pochettino has revealed plenty of teams are interesting in signing the 27-year-old. 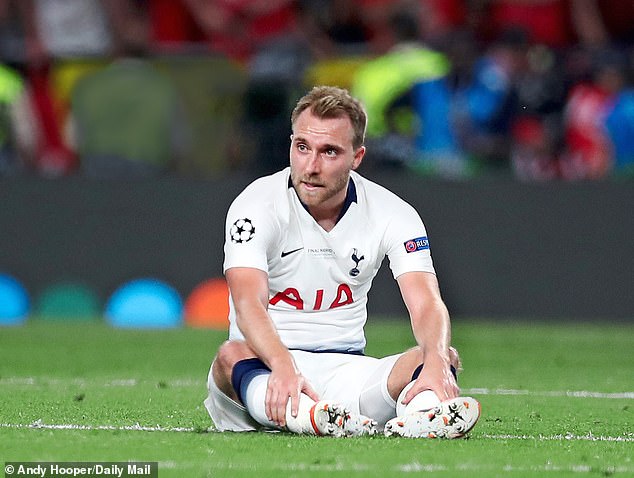 ‘I hope he will [stay],’ Pochettino told reporters.

‘I think he is a great player, Christian. One of the biggest talents in football. After five years working with him, I am sure in the way that he plays, and I hope so, yes.

‘But you know, there is a lot of interest. I hope yes, but I don’t know what is going to happen with that.’ 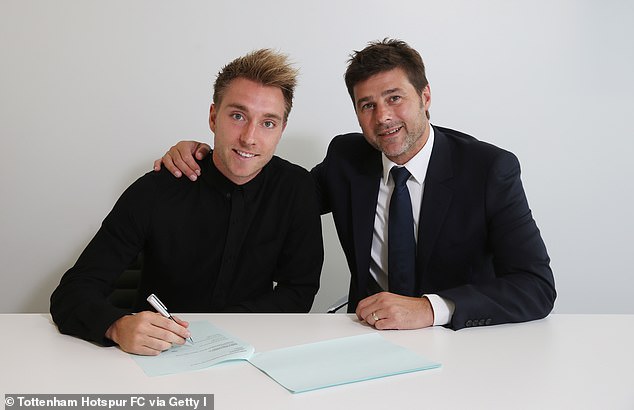 Real Madrid and a host of other European heavyweights were put on red alert when Eriksen hinted at a departure in June.

‘I have the wildest and deepest respect for everything that has happened in Tottenham, nor will it be negative. But I have also said that I would like to try something new,’ Eriksen had said.

‘It can happen anytime. Everyone knows it’s best if it happens as soon as possible, but in football takes things time. 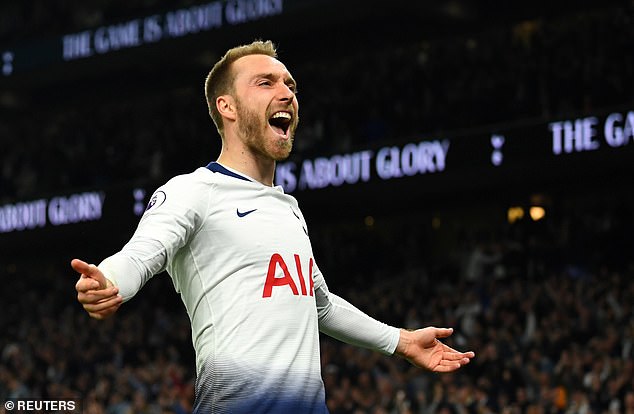 ‘It depends on [chairman] Daniel Levy and another club has to come. Or I have to sit down at the table and negotiate a new contract. You can’t set a date yourself.’

The Danish playmaker has a year left on his contract. As the season wore on Spurs became increasingly resigned to losing Eriksen and had begun considering replacements, including Leicester’s James Maddison, Roma’s Nicolo Zaniolo and Giovani Lo Celso of Real Betis.