Transgender Jacinta Brooks who groomed girl is jailed for 11 years

A dangerous transgender sex offender has been jailed for 11 years after she pretended to be a teenage boy in a sick bid to groom a 12-year-old girl.

Jacinta Brooks, who was known as Duncan Smart but now lives as a woman, sent dozens of explicit messages to the schoolgirl, in which she asked her to send indecent images of herself.

A court heard it was the third time 41-year-old Brooks had targeted children, after previously having sex with a girl under 16 and abusing another.

In a tragic victim impact statement, the latest victim’s mother said that not being able to protect her daughter from ‘this pathetic excuse of a person’ will ‘haunt me forever’.

Judge Nicholas Rowland branded Brooks a ‘danger to children’ after hearing the child suffered such severe trauma from the abuse she was forced to leave school.

Southampton Crown Court heard the abuser was caught by police when officers discovered messages as they investigated a different sexual allegation.

Prosecutor Berenice Mulvanny said Brooks deleted messages she sent to the victim, but kept screenshots of their conversation.

After officers discovered the screenshots, they were able to unearth further messages between the pair.

The prosecutor told the court Brooks answered ‘no comment’ during police interview, but admitted she ‘couldn’t argue’ about being attracted to children.

‘The defendant originally pretended to be a 14-year-old boy but soon admitted her real age.’ 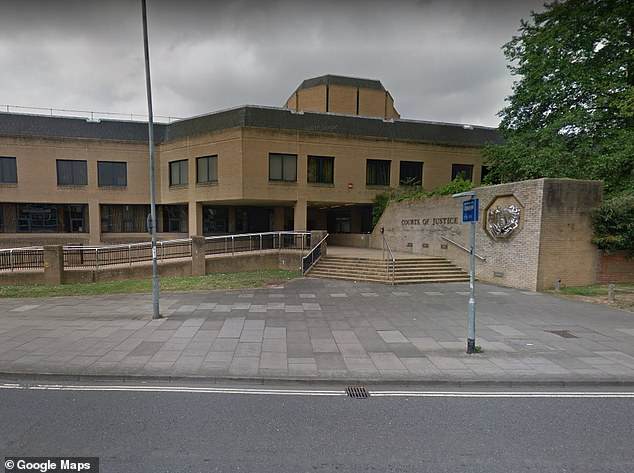 In a heart-breaking victim impact statement, which was read to the court, the young girl’s mother said: ‘The fact I cannot protect my daughter from this pathetic excuse of a person will haunt me forever.’

Brooks, of Winchester, Hampshire, admitted three counts of inciting a child to engage in sexual activity and three of possessing indecent images.

The offences took place between January 1 and January 31 this year.

Brooks was released from prison two years ago, having served almost 13 years behind bars for attacking a girl, who was aged under 16 in 2003.

Judge Rowland ordered that Brooks must notify police if creating any future social media and email accounts and must also give officers the passwords.

Representing her, Robert Harding claimed much had changed in the time his client had been behind bars and she had struggled to understand social media and online networking.

Speaking after the sentencing, investigating officer PC Simon Leon, of Hampshire Constabulary, said: ‘Brooks is a dangerous individual and we are pleased this case has now come to a conclusion.’