A transgender man from Queensland has become the first person with COVID-19outside of China to give birth unassisted.

Maaike van Eijk, 43, was nine months pregnant when his partner Holly Zwalf returned from the UK unaware she had brought the killer virus with her.

When Mr van Eijk went into labour in March very little was known about how the virus would affect births and this combined with the fact he has cystic fibrosis resulted in a team of various medical experts becoming involved in the case.

He then underwent a successful natural non-Caesarian birth.

Afterwards, the medical team informed the couple they had made medical history by being the first coronavirus positive parents to give birth outside China.

Maaike van Eijk (pictured), 43, was nine months pregnant when his partner Holly Zwalf returned from the UK unaware she had brought the killer virus with her

They were also the first in the world to do so naturally.

For the couple, who had only been together for two years, the insane set of circumstances has been the most challenging obstacle in their relationship.

Mr Zwalf, who was just the 15th case of coronavirus in Queensland, detailed the experience in an emotional and detailed post to Facebook.

‘Unfortunately, due to the complete lack of mental health support currently being offered to patients who are testing positive to COVID-19, what should have been a happy celebration ended up being so deeply traumatic that our family has been left broken instead of elated,’ Ms Zwalf wrote.

In late February Ms Zwalf travelled to the UK for her grandmother’s funeral when she got the phone call from her partner saying he was going into early labour as the result of a car accident.

Two days after stepping off the plane she experienced a fever, but it cleared by the time she went to visit her doctor a few days later.

‘I went to the doctor who said I was ok,’ she said.

‘I’m not angry at him – I was the 15th case in Queensland so it was still very early days, no one was really prepared, and the symptoms of COVID-19 are so similar to run-of-the-mill influenza that it was hard to know when to be alarmed.’ 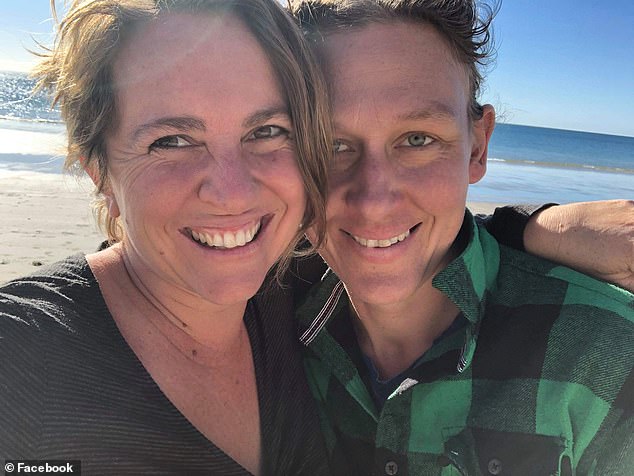 The oldest child in the unconventional family, which already includes two children from previous relationships and sperm donors, then fell ill with a high fever.

After rushing him to hospital suffering hallucinations and body twitches, the four-year-old fell unconscious at which point doctors placed him in intensive care and the rest of the family into quarantine with suspected COVID infections.

‘He was screaming and his body started jerking around strangely, and even after heavy doses of drugs the hallucinations hadn’t eased,’ Ms Zwalf said.

The entire family was diagnosed with coronavirus and separated while quarantining in hospital.

‘I was in one room with my four-year-old, and my partner was in the room next door with his. We were not allowed to leave our rooms or visit each other, though we could knock to each other through the wall,’ she wrote. 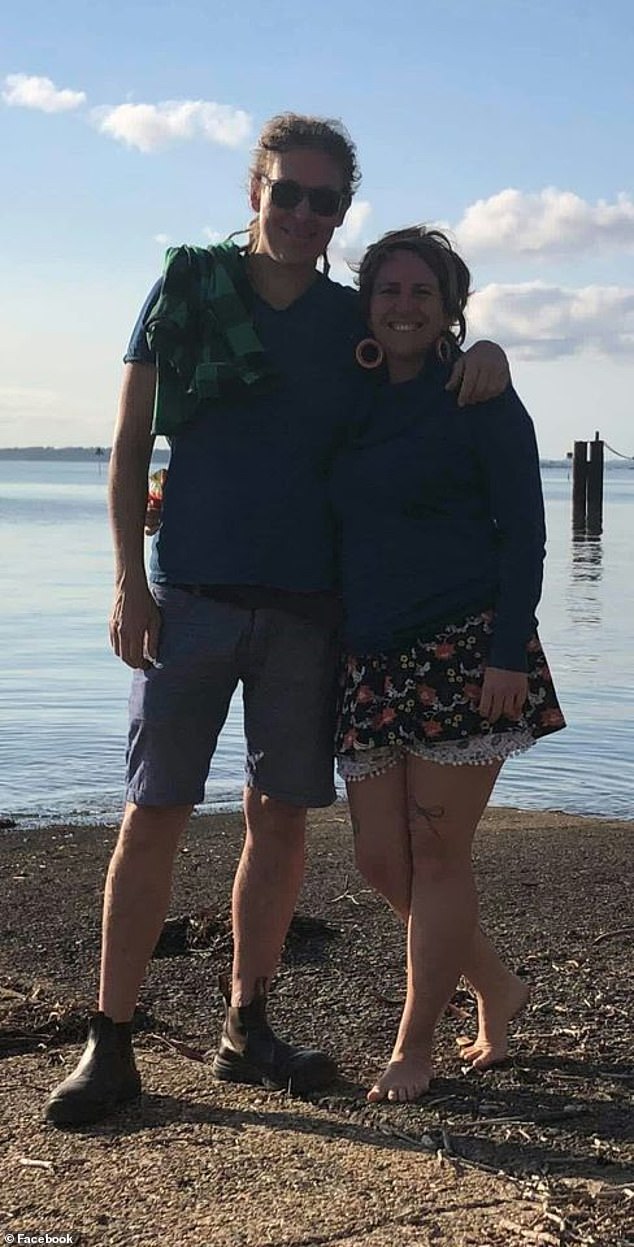 For the couple, who had only been together for two years, the insane set of circumstances has been the most challenging obstacle in their relationship

‘There were no toys or games or access to internet, and, most concerning, no one ever did a mental health assessment on any of us.’

Ms Zwald said the focus at the time was on her partner’s unborn baby and the talk around COVID-19 pregnancies as they were treading in unchartered waters.

Respiratory disease and virus expert Prof Robert Booy has since said the child’s safe birth to a cystic fibrosis parent who tested positive to COVID-19 was remarkable.

Mr van Eijk was forced to stop taking hormones during the pregnancy and ‘chest feed’ the baby while in quarantine away from his partner for a month.

Queensland law states transgender people need to have reassignment surgery before the gender is changed on a birth certificate.