One of the most in-demand models in the fashion world is speaking out about sexual assault and accusing the industry of being complicit in silencing victims, just weeks after coming out as transgender.

Teddy Quinlivan, 23, has taken the runway for Gucci, Marc Jacobs, Carolina Herrera, Diane von Furstenberg, Miu Miu, and Louis Vuitton and on paper looks like her career is soaring, but in reality has been struggling with systematic abuse within the industry for years.

Speaking at the Gurls Talk festival with Teen Vogue and Coach, Teddy revealed she’s been sexually assaulted multiple times working as a model.

Me too: Transgender model Teddy Quinlivan, 23, has revealed details about her sexual assault 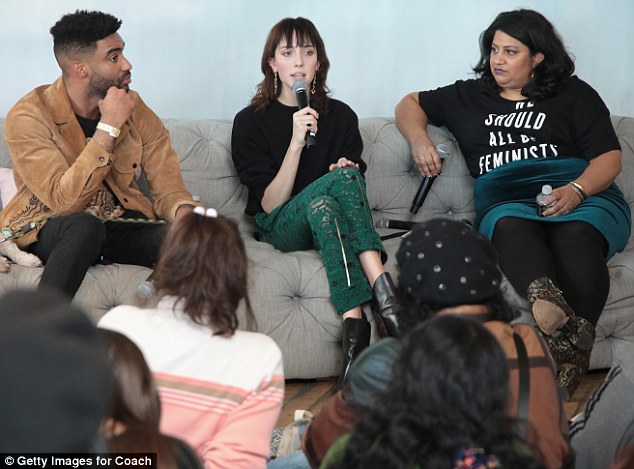 Speaking out: The transgender model was speaking at the Gurls Talk Festival in New York with Teen Vogue editor Samhita Mukhopadhyay and DJ/Producer/Activist Zeke Thomas 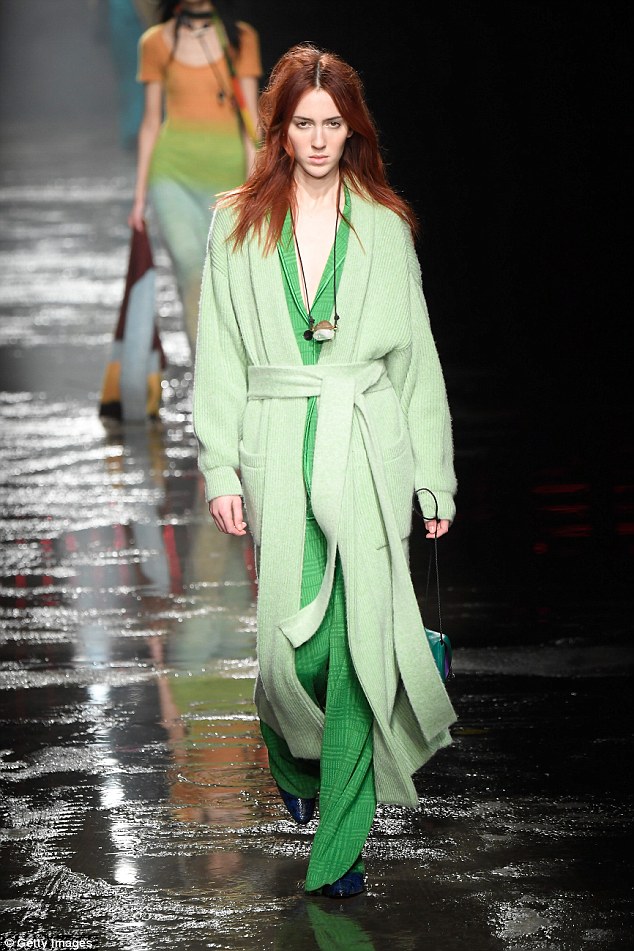 Complicit: The catwalk queen who has walked for the likes of Gucci and Marc Jacobs said the industry is complicit because it tries to silence models from speaking out about abuse

Founded by fellow model Adwoa Aboah, Gurls Talk is an online platform where girls and women can openly share their experiences and stories.

‘I’ve been sexually assaulted at work, outside of work by people I work with, and on a date. There’s this sexual assault that happens in the workplace in fashion and people write it off because it’s a creative industry,’ Teddy shared in conversation with Teen Vogue editor Samhita Mukhopadhyay and DJ and activist Zeke Thomas.

‘Because we’re creatives, and we’re sexually free, your sexual assault doesn’t matter. Because he touched you there, it’s not that big of a deal. You signed up for it. You have to take your clothes off for the photo.’

She emphasized this by making the comparison between accidental touching when as assistant is dressing her on set or backstage at a fashion show and ‘other times where there are people sticking fingers in my underwear and groping me.’

She also recounted how a photographer who was a ‘hero’ of hers touched her inappropriately and made her question if the incident was her fault.

Teddy also accused the fashion industry of silencing victims of sexual assault and said it’s the ‘perfect place to commit sexual assault’ because ‘people protect each other’ rather than ‘rat them out’.

She also admitted that being complicit often leads to career progression and allowed her abuser to get away with touching her inappropriately because she thought staying silent would lead to more opportunity.

‘I convinced myself that it was OK that he had done that to me, because I was going to get something out of it. When I didn’t get [any opportunities], it was a really harsh awakening.’

However, by speaking out now she shared that she feels like she’s taking her ‘power back’. 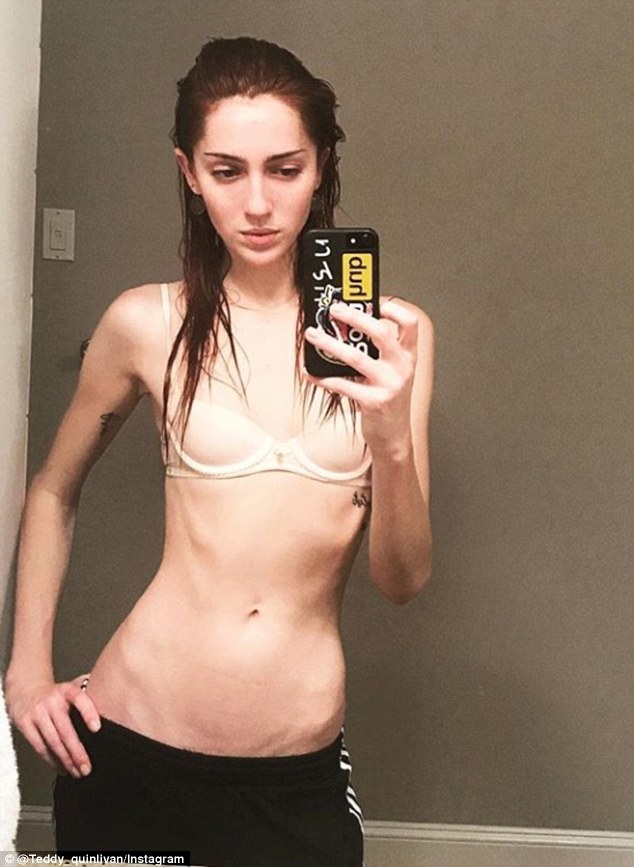 Hush hush: For a long time, no one in the industry knew her secret but she is now committed to revealing details about the abuse she suffered to help others 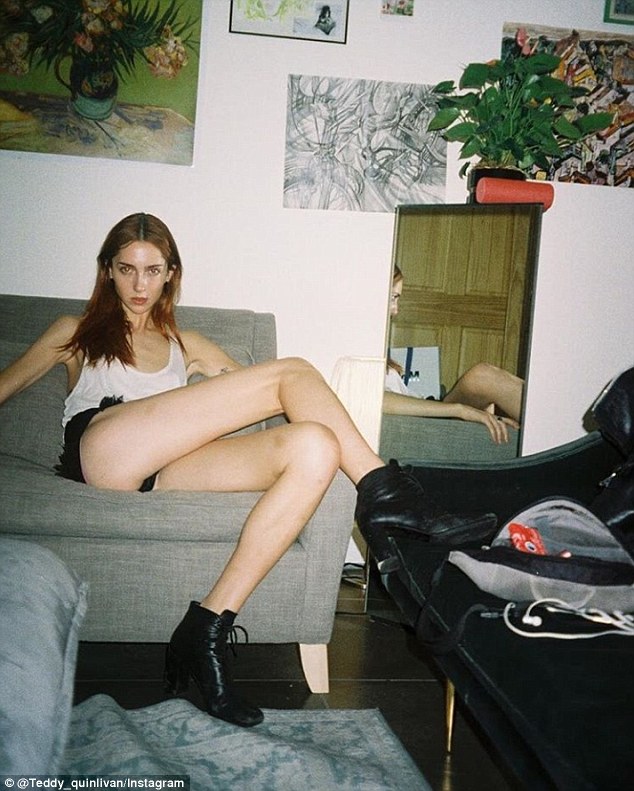 Transition: Teddy only came out as transgender during NYFW in September but said she’d felt female from a young age and started taking hormones at age 17

‘I’m telling this story because we can’t let it happen anymore. Touching people inappropriately, saying inappropriate things to them, making people feel useless, making them feel like their body is the only thing they have to offer someone, it has to stop. And the way that we stop it is we change the culture. We have this conversation. We demand better,’ she added.

Despite being discovered as a model seven years ago, Teddy only came out as transgender at New York Fashion Week in September.

Speaking to Elle about why she decided to break her silence, she detailed how her path to self-acceptance hasn’t been an easy one.

Teddy said she knew while growing up as a boy in Boston that she felt female, ‘despite my anatomy.’

She’d secretly wear her mom’s clothes, and would wait until she got to school to put on makeup. Unsurprisingly, this led her to be ‘viciously’ bullied.

‘I understood at a young age that fashion is about identity and self-expression, and that we convey gender through clothing,’ she said. ‘People would say, ‘Take that dress off; you are a boy!’ But I’ve always been rebellious. I thought, Fine, you don’t want me to wear a skirt? I’m gonna wear one every day.’

The principal at her school was unsympathetic to her plight, and told her to conform and she wouldn’t be bullied.

Luckily, things were better at home, and one night she felt confident enough to tell her mother that she wanted to live as a female.

‘She was like, ‘Okay, if you’re going to transition, you have to really do it — take the hormones on schedule, and be responsible about it,’ she said. 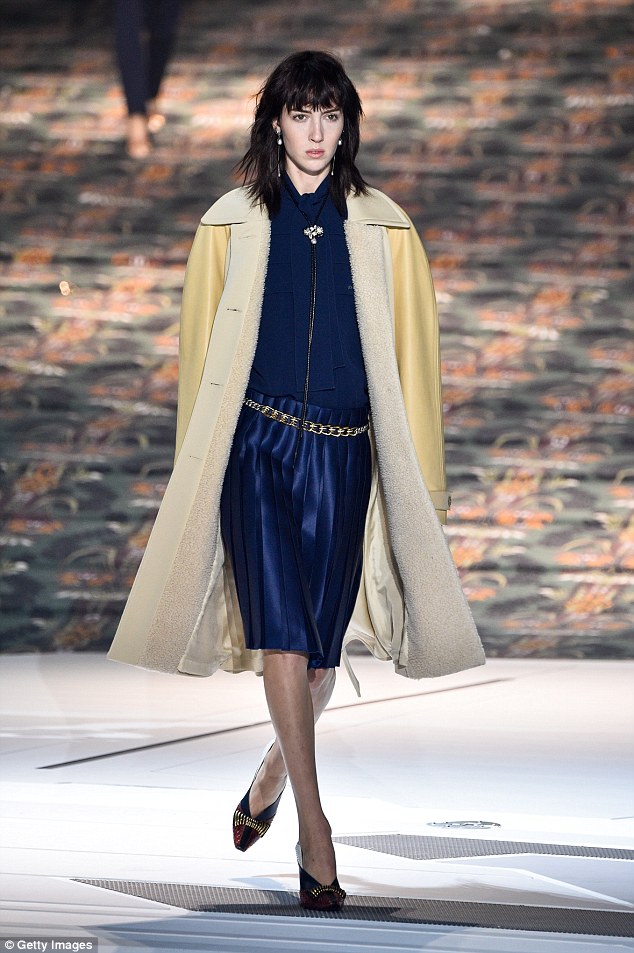 Confession: During the on-stage discussion, Teddy also confessed she’d stayed silent for so long as she thought it would lead to more opportunities 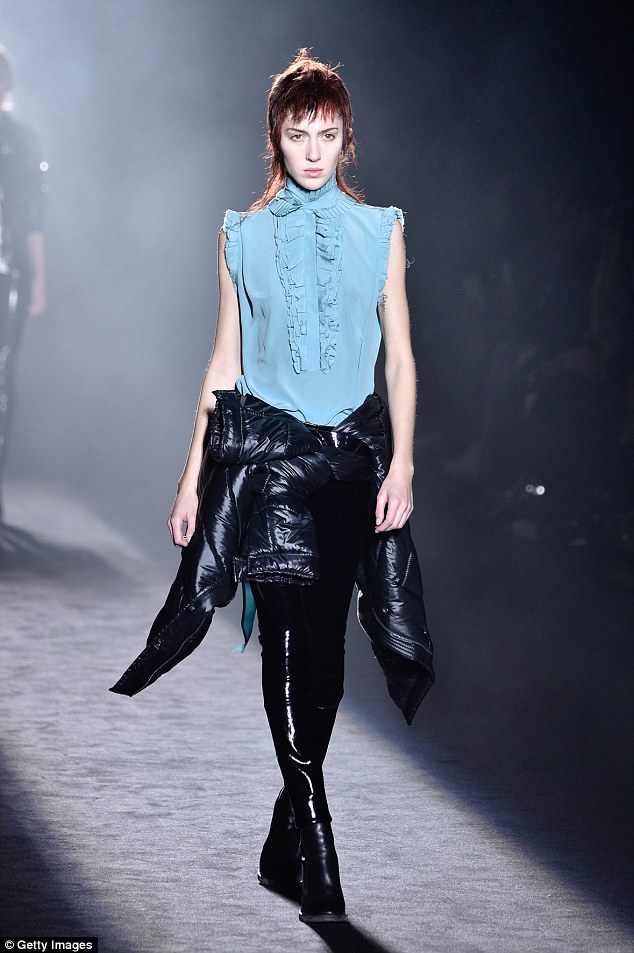 Standing up: She also shared that by speaking out she feels she’s taking her ‘power’ back 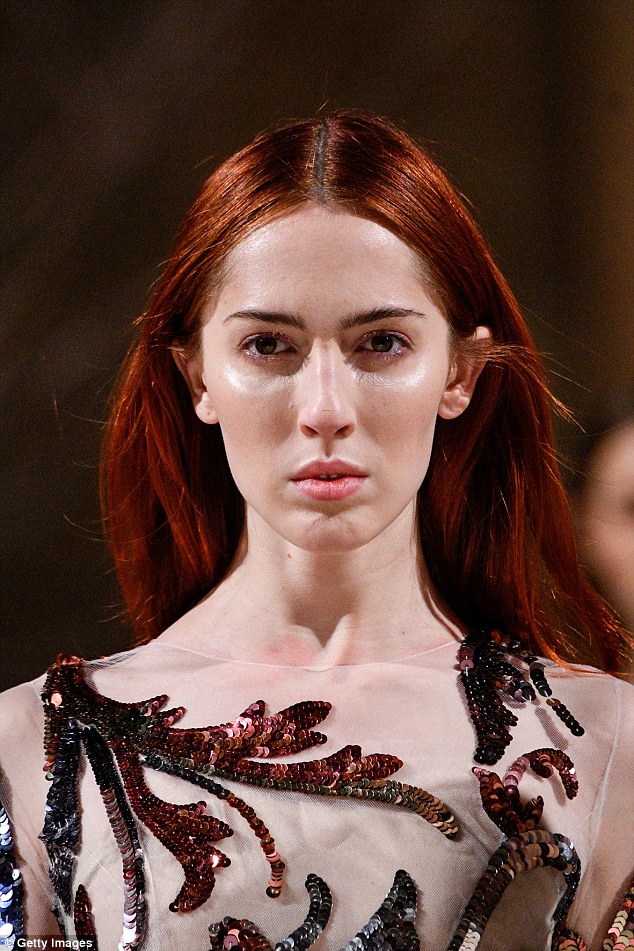 Wow: The stunning model first came out to some people at her agency, who were surprised

Her mom found good doctors and was supportive through the process. Her dad made an effort, but had a harder time.

The even found her a new school to switch to, a boarding school in Massachusetts called the Walnut Hill School for the Arts. There, she said, everyone was an outcast, and she could wear heels to class.

‘For the first time, I got to decide my pronoun,’ she said. ‘I had this incredible art teacher who asked me, ‘Do you want me to call you she or he?’ That was revolutionary. I chose ‘she,’ and from then on, it stuck.’

At 17 years old, she started taking hormones, and by 22 she had signed with a modeling agency. They didn’t know she had been born male.

However, those hormones took their toll, and Teddy found herself enjoying great success but acting ‘like a prepubescent girl’ — so she decided to come clean to some people she trusted.

After sharing her secret with two people at her agency and finding that it went well, Teddy decided to tell everyone else, too, and came out publicly in an interview with CNN Style and then on Instagram.

‘I’ve decided to reveal my trans identity because of the political climate in the world right now — particularly in the United States,’ she told CNN at the time. ‘We made an amazing progression under the Obama administration, and since the new administration took office there’s been a kind of backlash.’

‘There’s been violence against transgender people — particularly transgender women of color — since before I even knew what transgender was. I just felt a great sense of urgency. I’m very fortunate to be in (a) position (that) I never really thought I would be. It’s really important to take advantage of a time like this.’