A transgender murderer serving a life sentence will be allowed to have gender reassignment surgery on the NHS.

Paris Green is set to be escorted on a 1,000-mile round-trip from jail in Scotland to a hospital in Brighton – a move that has been described by prison guards as a ‘security nightmare’.

The surgery and Green’s two-week recovery will be under 24-hour guard – costing taxpayers tens of thousands of pounds.

Green was born Peter Laing but has identified as a woman since 2011.

She was jailed in 2013 for the murder – helped by two accomplices – of Robert Shankland, 45.

The victim was tortured, sexually assaulted and battered to death after being lured to Green’s flat.

Prison sources last week confirmed the 27-year-old will be the first serving prisoner in Scotland to undergo the operation, which is set to go ahead within weeks. 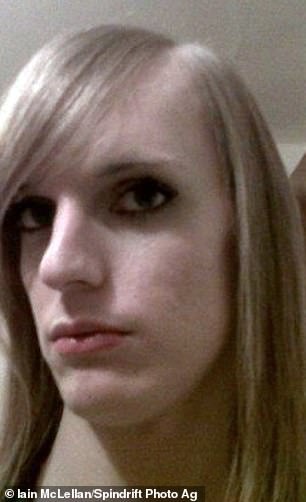 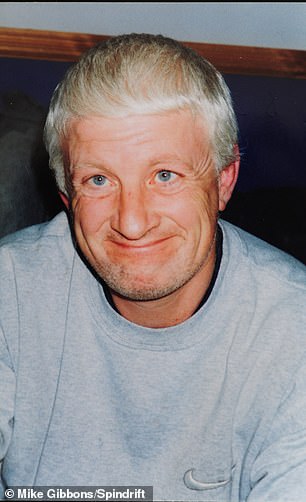 Green was born Peter Laing but has identified as a woman since 2011. Green was jailed in 2013 for the murder of Robert Shankland, 45 (right), who was tortured, sexually assaulted and battered to death after being lured to Green’s flat

A spokesman for the Prison Officers Association Scotland said: ‘We don’t make the rules, we don’t comment on them and don’t decide who goes to jail or when they get out.’ But one experienced officer said: ‘Most of the people I’ve discussed this matter with think it’s outrageous.

‘You can murder someone brutally but while you are in prison you are entitled to everything you ask for, no matter the burden on a stretched system, because it might breach your human rights to say no.

‘What about the rights of the victim and his family?’

Another said: ‘Has anyone asked the nursing staff who will look after her if they are happy to care for a murderer?

‘This is not a life-saving operation, it is not vital to keep Green healthy.

‘I don’t have any problem with people changing sex as long as they’re part of the wider community and haven’t done anyone any harm.’

Green was ordered to serve a minimum of 18 years in jail. She began her sentence at Cornton Vale women’s jail but was moved after reports that she was having sex with female prisoners in her cell.

She is currently in a women’s wing at HMP Edinburgh.

The surgery will be performed at Nuffield private hospital in Brighton because Scottish hospitals lack the resources to carry out gender reassignment operations.

In Green’s case, the NHS will meet the £20,000 cost of the operation and a stay of several days in a private room, along with the cost of further surgery if recommended.

Most patients have a second operation to augment their breasts, while a procedure to shave the Adam’s apple is also considered fairly routine.

The TransUnite organisation says the total cost can be anywhere between £10,000 and £100,000. The NHS contribution normally would not exceed £60,000 per patient.

A Scottish Prison Service (SPS) source said: ‘If the NHS specialists say full sex-change surgery is necessary for a prisoner’s physical or mental wellbeing after years of taking hormones and living as a woman, the only debate would be about how best to manage it.’

An SPS spokesman said: ‘If a request is made by the NHS for surgery for one of the prisoners it is treating, we would not and could not stand in the way.’

The Scottish Government would not comment on the case, saying it was a matter for the SPS and the NHS.